Guardian of the Witch Review: Blink and You’ll Miss It 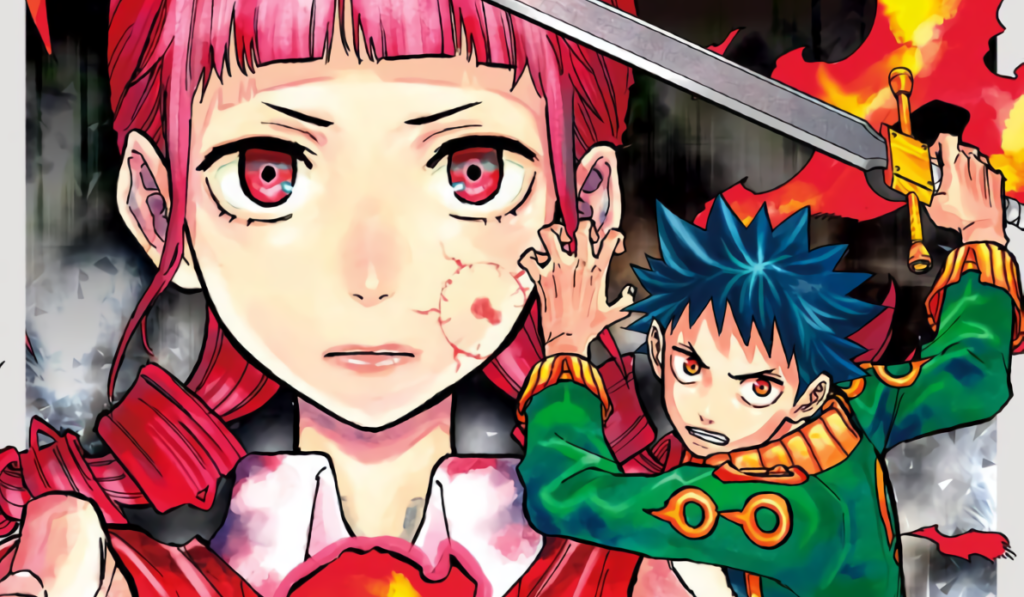 Asahi Sakano’s Guardian of the Witch is by far the most inconspicuous series running in Weekly Shonen Jump right now. In comparison with its contemporaries, almost no one is talking about it. While Undead Unluck continues to grow and evolve and MASHLE manages to scratch pre-established itches, it has utterly failed to grow its own fanbase and generate any sort of buzz. Those two series, along with Agravity Boys, do indeed provide some tough competition, but it is not simply a question of bad timing. Guardian of the Witch fails because of its shortcomings – although this does not mean that the series or its author are down for the count.

Uncovering the reason behind Guardian of the Witch’s failure is a difficult task because so many of its constituent parts appear sound, at least on paper. The series’ initial premise, for one, was enough to get me interested upon its debut. Set in a fictional fantasy world, monstrous ‘Evils’ stalk the landscape and threaten the existence of human life. As a result, society has reorganized itself into isolated city-states, with each one relying on the awesome magical power of a resident ‘Witch’ to drive away the Evils.

This premise is reminiscent of Attack on Titan, but this isn’t exactly a massive problem if you enjoy such stories. It also enjoys similarities with Kimetsu no Yaiba with regard to its characters, but we’ll cover that later on. 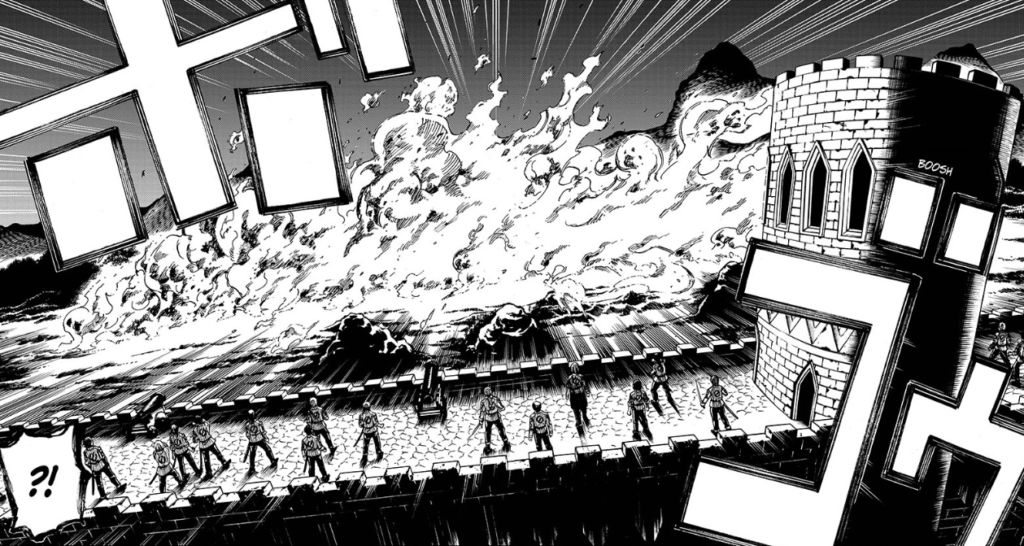 Guardian of the Witch’s premise is engaging as it makes you ask questions. What are the ‘Evils,’ exactly? Why are they attacking humans? Furthermore, what exactly governs the magic abilities that exist in this world?

That second question leads on to another important aspect of the series’ premise: the fact that the witches are, slowly but surely, turning into Evils. This is a narrative device that is often used in storytelling – in a sudden turn of events, the protagonist is forced to reconsider his worldview and set out on a heroic journey – but is used often precisely because it works so well. So when our protagonist Fafner Leorange finds out that the witch Manasfa that he is assigned to protect is turning into an Evil, and that his true duty as a ‘Guardian’ is to kill her once that transformation goes too far, that grabbed my attention.

Premise aside, another thing that Guardian of the Witch has going for it is the quality of its art. To compare it once again to its contemporaries, Sakano’s art style feels a lot more ‘traditional’ than the wild inventiveness of Tozuka in Undead Unluck, and certainly benefits from much more care and attention than Komoto apparently puts into MASHLE. His linework is solid, his designs are eye-catching, and paneling, too, is a strength – no artwork is repeated here.

Manga in Theory and Practice

But an interesting premise and solid artwork does not a successful series make. As has been said multiple times, characters are ultimately what provide the beating heart of any story; it is with them that the audience most keenly identifies and relates to.

In this sense, Guardian of the Witch is not an abject failure. Both Fafner and Manasfa are likable, if a little average: Fafner, in particular, is your very typical, hotheaded shonen manga protagonist, while Manasfa does elicit some sympathy. Furthermore, while none of those statements are exactly positive, at least the series’ characters are decent to be around, which is more than you can say about Bone Collection’s ugly assortment of cast members.

The big problem with Guardian of the Witch’s characters, then, is that they are a fat load of nothing. There is nothing original or interesting there that deserves attention or analysis, which does makes them quite hard to write about. Interestingly enough, the same could also be said for how Sakano has developed the series over the course of its dozen-or-so chapter run: despite setting out from an interesting initial premise and possessing solid artwork, he has completely failed to build on the series’ appeal and assert its place in the Weekly Shonen Jump line-up. We’ve had some plot developments, such as a small training arc, but nothing that has produced any excitement. We’ve also had several fight scenes that look good enough on paper, but have completely failed to elicit any sort of emotional or thematic response in the reader.

Answering the question ‘why’ is another hard task. When something sounds good on paper, it can be difficult to work out why it failed in practice. Certainly, you could make the argument that Sakano took too many ideas from other series and is now coming up against the limits of his own inspirations – a process that can also be found in MASHLE – but that doesn’t seem entirely fair or accurate. Guardian of the Witch is hardly as indebted to its influences as that aforementioned series.

My guess is that Sakano simply lacks the acumen as an author to put into practice what is supposed to work in theory. The best example of this actually comes in the series’ latest arc, where Fafner and Manasfa came into conflict with another guardian and witch pair, Claude and Spica. If you described this to someone out of context, then they would probably think that it sounded pretty good: the rule-obsessed Claude is forced, by way of his encounter with the rule-bending Fafner and Manasfa, to reconsider his worldview and his priorities, especially as Spica struggles with the Evil progression throughout her body.

This has enough twists and turns and an eventual resolution to work as a complete story, but completely fails to gain any sort of echo. As a result, each emotional beat and dramatic conflict feels hollow – even if it is presented in an engaging and unique way.

Where, then, does this leave Guardian of the Witch? On the receiving end of impending cancellation, most likely. While nothing is confirmed yet, there was a rumor last week that the series would be ending with its 19th chapter, which makes sense given that one more series needs to go to make room for the four new ones that are joining the Weekly Shonen Jump roster. Unfortunately, however, not many will be sad to see it go.

This is not, however, the end of Asahi Sakano’s career. As has been stated multiple times across this review, Sakano has real talent as an artist and is able to create things which look good on paper, only to fail in practice. In this sense, he would work very well as the artistic side of a manga duo – think the Boichi to Riichiro Inagaki’s Dr. STONE, or the Takeshi Obata to Tsugumi Ohba’s Death Note. It would be a shame if Weekly Shonen Jump let such artistic talent slip through its fingers – even if Guardian of the Witch does prove that writing doesn’t enter into the equation!

You can read Guardian of the Witch for free via VIZ Media’s Shonen Jump service.