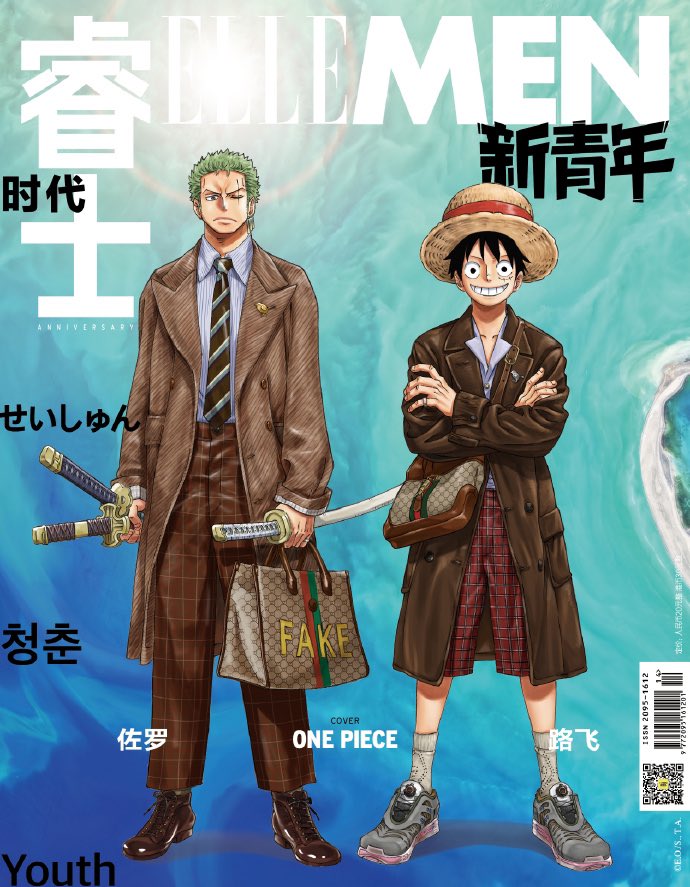 The Straw Hat Pirates go upscale in a Gucci x One Piece collaboration for a Chinese men’s fashion magazine.

The latest issue of ELLE MEN New Youth features Luffy and Zoro on the cover. Only, they’re not wearing their usual manga pirate duds. Nor are they wearing anything that they’ve ever worn on their adventures from the East Blue to Wano Country.

Zoro in particular is wearing a suit and tie that Sanji would be more likely to wear. Luffy still hasn’t lost his trademark hat, but the rest of his outfit is looking a lot more fashionable than usual.

And they both have designer Gucci bags.

At first glance, it looks like the two may have engaged in a bit of fashion piracy, as Zoro’s Gucci bag clearly says FAKE on it.

However, Gucci recently decided to poke a little bit of fun at their well-known problem with “fake Gucci” items.  They developed a new line of “Fake/Not” items, which have FAKE or NOT on them.

As the Gucci website explains, “the narrative began with a print inspired by a retro appropriation of the Gucci logo featuring the bicolor stripe.”

Obviously, the international collaboration between Japanese pirates, an Italian designer, and a Chinese magazine is meant to promote Gucci’s new collection. 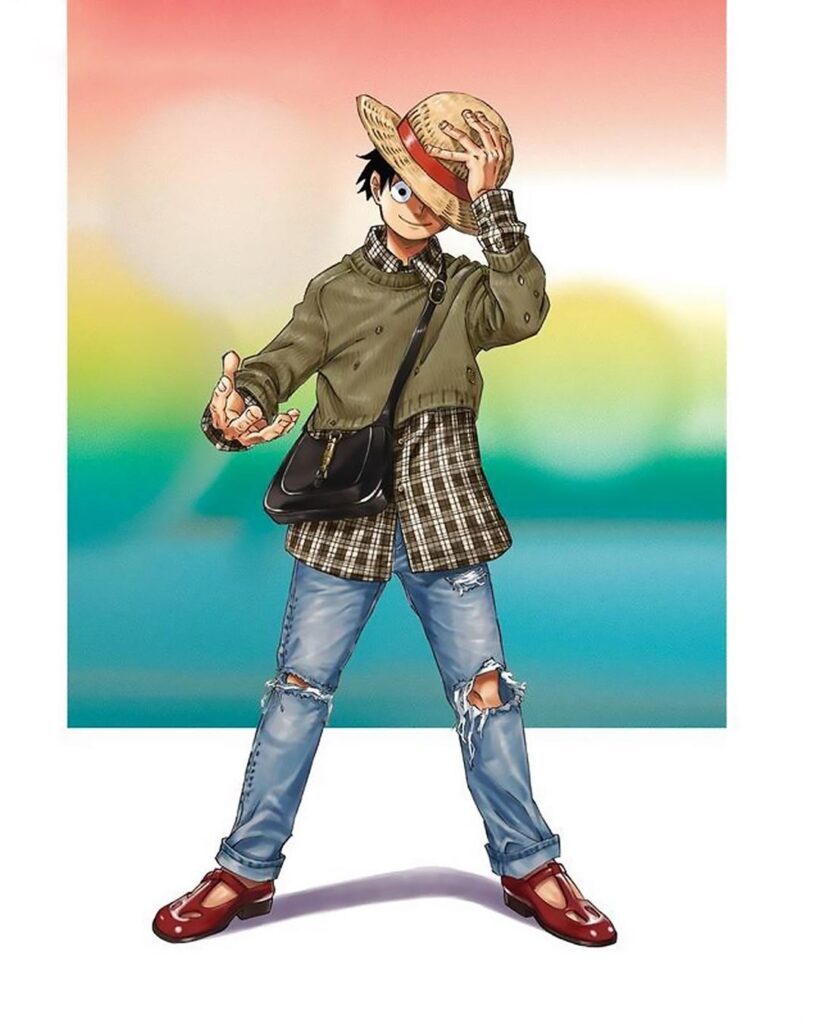 According to reports, Eiichiro Oda himself got involved in creating the images.  In addition to the magazine cover, they also created a whole lookbook full of Luffy and Zoro looking like fashion models wearing Gucci pieces. 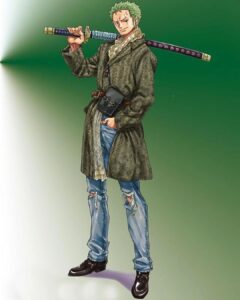 Of course, fashion and anime/ manga collaborations have happened before.  Gucci previously got together with Hirohiko Araki, creator of JoJo’s Bizarre Adventure.

But the Gucci x One Piece crossover is quite the combination.

The magazine came out on Monday.