Gundam Build Fighters and Try: What’s the Deal With the Female Characters 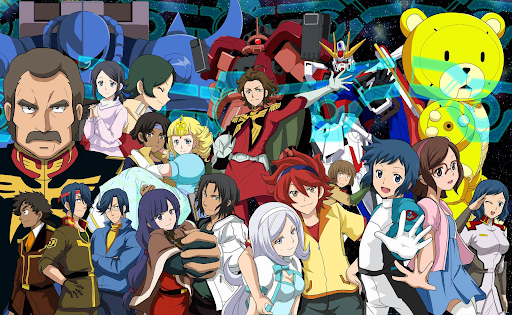 I admit, my experience with the Gundam franchise is surface-level at best. Gundam is the de facto mecha series, so of course, I’d heard of the name prior to getting to this piece, but the thing about the franchise’s anime is… well, the shows tend to blend together after a while.

This goes for a lot of mecha, mind you, but being the big name it is, Gundam’s repetitive nature is made a bit more obvious. Which isn’t a bad thing! Aside from its cool robots, the franchise hinges on different, but still loosely related timelines as well as themes of humanity, love, and war.

That is, until the day Gundam Build Fighters debuted. The Gundam anime series have a tendency to showcase intergalactic battles in which the earth and space colonies vie for independence with a variety of Gundam mobile suits to their names (with varying degrees of practicality). Gundam Build Fighters, on the other hand, chooses to go down a more light-hearted route. 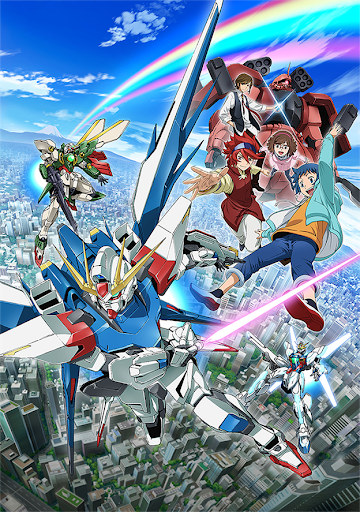 What Is Gundam Build Fighters?

Gundam Build Fighters was produced by Sunrise Inc. of Cowboy Bebop, Code Geass, and Love Live! fame from 2013 to 2014. Unlike its predecessors, the show doesn’t take place during Gundam’s self-contained timeline.

In fact, it’s the first series to take place during our century.

Fighters also happens to be the first entry among the then fifteen series in the franchise catered towards children, albeit the boys expected of Gundam’s target audience, in the same way the likes of Beyblade and Bakugan had.

The Gundam franchise wasn’t always as successful as it is today, after all.

The original Mobile Suit Gundam anime series that ran from 1979 to 1980 only found its stride by means of the burgeoning business of Gunpla (the hobby of building Gundam ‘plastic models’) and later reruns.

Fighters takes advantage of this popularity to deliver a fun, but no less dramatic show.

It doesn’t hurt that Kenji Nagasaki of No. 6 fame (which I could not recommend enough) was the director while the writer behind Mobile Suit Gundam 00, Yosuke Kuroda, was in charge of the story.

As I mentioned earlier, Fighters plays with its own history and situates itself in a parallel world in which, due to the success of Gunpla in the 1980s, building bigger and better Gunpla plastic models and Gunpla Battles (fueled by fictional Plavsky Particles technology) have become a thing.

These Gunpla Battles combine physical Gundam models and virtual reality to make for exciting matches, as well as interesting friends and rivals for protagonist Sei Iori.

Despite Gundam’s nature as a shounen, the more recent series like Fighters have been doing a significantly better job with female rep. Which is wonderful considering Fighters is meant to resemble a world closer to our own.

And yes, plenty of girls and young women enjoy Gundam too.

Who Are the Ladies?

Due to competition and the overall creative process being the focus of Fighters, there is a decent number of female side characters in the form of fellow ‘build fighters.’

However, I’ll only be focusing on those whom I consider having a major presence in our protagonist Sei Iori’s life.

By these standards, Sei’s mother Rinko Iori fits the bill perfectly. Rinko’s more or less your typical anime mother, inevitable death aside. Rest assured, Fighters ain’t that kind of show. She’s also considered a ‘waifu’ in her own right. She’s caring, a bit clueless, but supportive of her son via shipping him with good friend China Kousaka as she thinks the two would be good for each other.

Speaking of China, the girl’s talented. She tends to keep to herself, but like Rinko, cares deeply about those dear to her. What I like about China is that she manages to exist as her own artistic and determined self even without Sei in the picture. Sure, ‘puppy love’ is a significant part of her story, but the way China creates art, including her cute Beargguy III mecha, is hers alone. And who doesn’t love a classic girl-next-door worth rooting for?

The next female character of importance is Aila Jyrkiainen, whose design is by far this writer’s favorite of the bunch. Aila is more associated with our deuteragonist, a mysterious boy named Aria von ‘Reiji’ Asuna, than Sei himself; but I wanted to mention her as she may very well be the most complex female character, if not the most complex character overall, in the show. Aila possesses a unique ability that captures the attention of an institute bent on twisting Gunpla Battles for their own benefit. However, as is often the case with anti-heroes, Aila proves she is not without the ability to better herself and change. It is the conflicted Aila’s journey to self-fulfillment that, in turn, adds depth to Reiji’s story.

In comparison, novice build fighter and pop idol Kirara seems pretty lackluster in terms of narrative depth, but her story still covers an interesting topic. You see, Kirara is pushed into Gunpla Battles as a means of advancing her career and getting publicity despite having zero interest in the sport. With that said, the idol comes off as spoiled and vapid prior to her kinder side stepping into the spotlight. I think this idea of celebrities and other figures always having to put on an act is always going to be relevant as well as that of monetizing hobbies for the sake of profit.

This is just one of the consequences of living in a time where everyone is ‘connected.’ 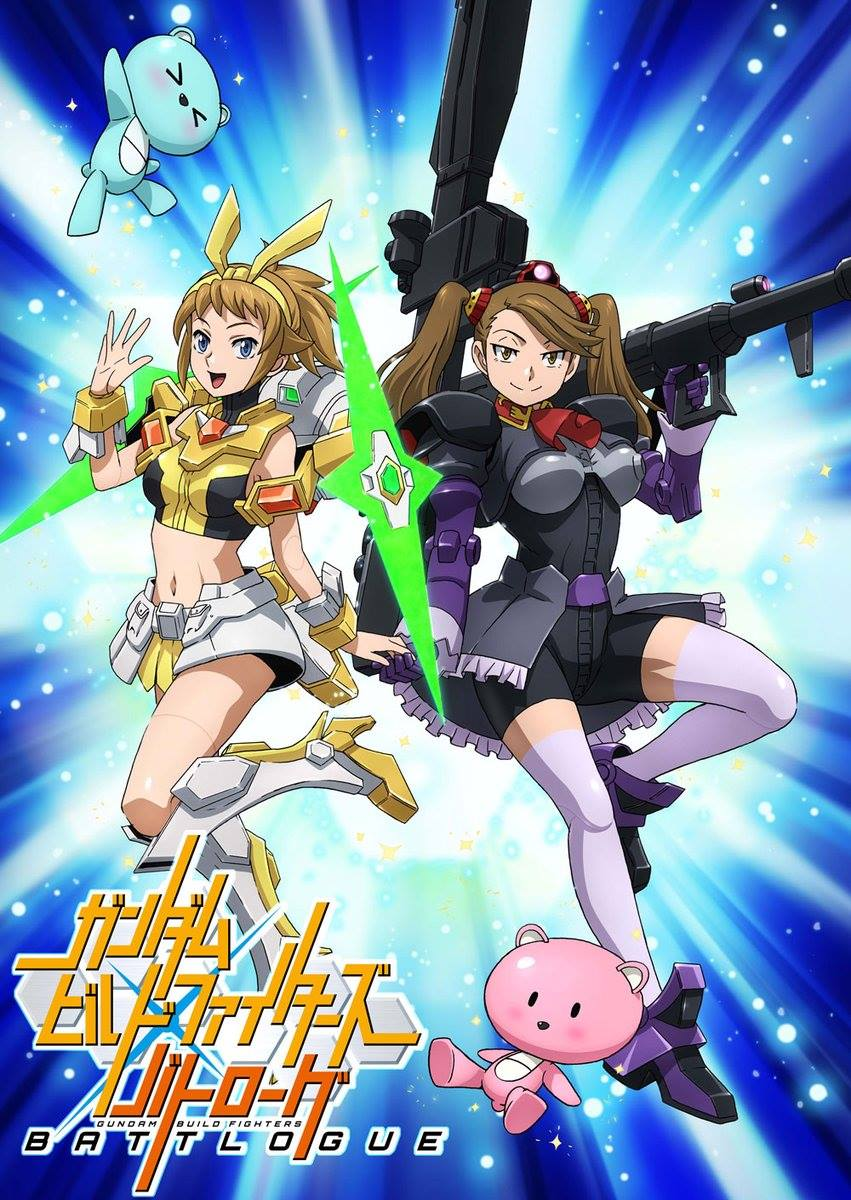 Now, this is when things get more par for the course.

Fighters proved successful enough to warrant a sequel and/or ‘spin-off’ series (a move that would be replicated with future entry Gundam Build Divers and its second season Re:Rise) called Gundam Build Fighters Try seven months after its finale up until 2015.

I consider Try more of a spin-off than a true sequel as it follows a new cast entirely with Sei and friends being referenced to and making occasional cameos at best.

Which isn’t to say this show is without merit. The seven-year time skip between Fighters and Try allows for new innovations to be made in the world of Gunpla Battles. And new innovations mean bigger and better competitions.

The show quickly establishes itself as a sequel by means of location. Our underdog trio this time around hails from the same school as Sei and China with one of the characters even being the latter’s younger brother who is framed as the next ‘Sei Iori.’

It is the school’s Gunpla Battle Club president’s goal to compete on a national level that kickstarts the trio, the ‘Try Fighters,’ and their climb to the top.

Who Are the Ladies?

To my surprise, said president (as well as the last remaining member of the club prior to the plot) is a female character by the name of Fumina Hoshino. The tomboyish Fumina comes to share the spotlight with ‘real’ protagonist Sekai Kamiki and China’s brother Yuuma, but still propels a great deal of the story. She’s determined, stubborn, and puts teamwork above all else, qualities that make her a worthy leader.

However, I called Try ‘par for the course’ for a reason. As much as I like Fumina’s character and her friendship with Yuuma, she’s also written as one of multiple girls who wind up crushing on Sekai. Not that there’s anything wrong with romance, but the set-up feels uncharacteristically harem-ish for Gundam.

On the other hand, Fumina’s two love rivals Kaoruko Sazaki and Shia Kijima are at least a joy to watch. They’re far from one-note.

Kaoruko is the living definition of ‘smug’ and I am for it. She’s the younger sister of one of Sei’s rivals in Fighters, but even without knowing that, I think most viewers would take to her.

Now, Shia is the cool and introverted beauty to Kaoruko’s proud persona.

While Kaoruko’s ‘love rival’ status stems from protagonist Sekai having come to her aid during her debut episode, Sekai and Shia immediately connect on a personal level.

Shia’s talents lie in repairing and understanding the ‘feelings’ of Gunpla plastic models, using her expertise to help Sekai improve his own skills.

And last but not least is Mirai Kamiki, Sekai’s older sister. She plays a similar role to that of Sei’s mother in Gundam Build Fighters in that she looks out for her family and pushes for her own ship.

In the end, I think both Gundam Build Fighters and Try’s female characters did a decent job paving the way for ladies of the same ilk. I wish the latter hadn’t gone down the love interest-heavy route it did, but this wish fulfillment is harmless enough.

As for Gundam Build Divers and Re:Rise’s ladies, we’ll get to them in the near future.