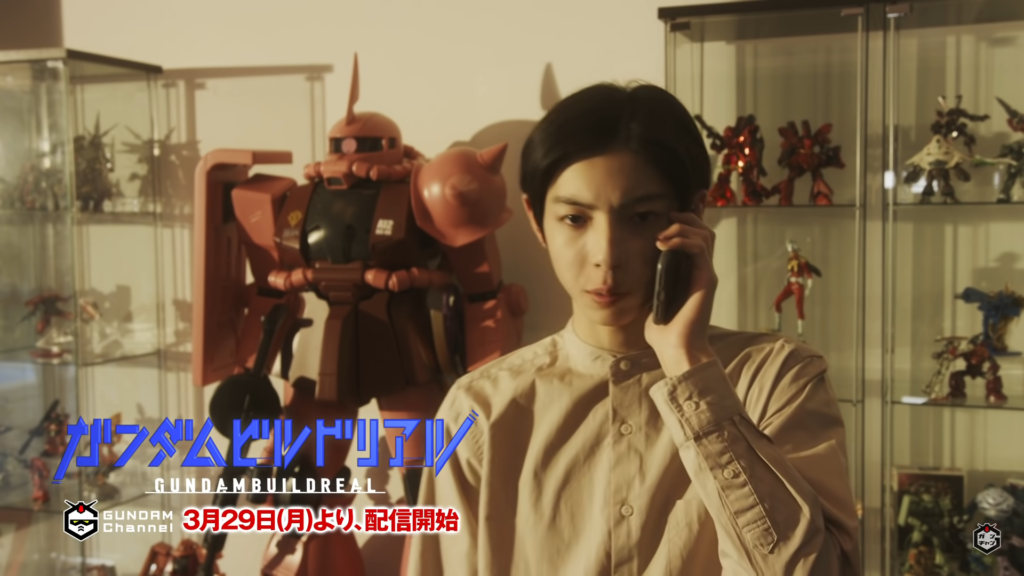 You know that at least once a week we do Gunpla streams on the official OTAQUEST Twitch, right? Somehow, dropping this hotplug before getting into the meat of this Gunpla-related article seemed appropriate, even if a little unprofessional. See, a teaser for Gundam Build Real dropped out of nowhere today, in which Gundam makes yet another foray into live-action.

Seemingly being just a YouTube short, and specifically tied to the Gundam Build… sub-franchise, centered around doing Pocket Monster styled battles with Gunpla, the stakes remain low. Knowing this, we’re pretty decided to see a campy live-action take on plastic model fighting with some decent production value to back it up.

Gundam Build Real comes to the official Gundam YouTube on 29 March, and while we don’t know how long it will be or if there will be more than one episode, we’re strapped in! The Japanese ad copy promises a coming-of-age story with Gunpla Battles, which are the magic words we didn’t know we wanted to hear.

Plus, Build Real cheekily nods to the original Mobile Suit Gundam via the protagonist’s team name ‘Bright’, the type of fan-service we particularly appreciate. Hard to tell too much from a 15-second teaser, but what can be observed does look polished.

When the words Gundam and live-action appear anywhere near each other, long time fans feel a fear down their spine. G-Savior, the made-for-Canadian television and somehow Universal Century canon film looms in the air like a Dragon Ball Evolution shaped specter. However, Gundam Build Real looks nothing like that abomination, so fans should be safe. Perhaps the Gundam Build diehards, if there are any, will find some reason to be upset, but we kind of doubt that. To any Gunpla appreciator, Build Real should read as Extremely Cool.