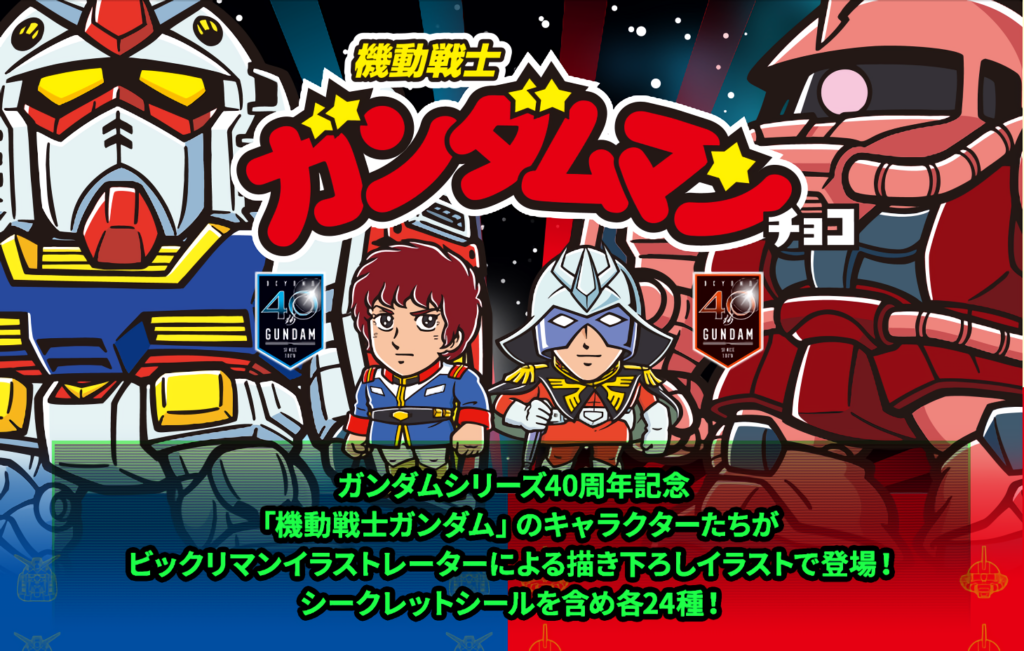 It’s been a minute since I’ve been able to write an article about Bikkuriman but god am I glad to be back in my element. Lotte’s long-running, massively successful confectionery line which contains a hyper-collectible seal per pack is back with an all-new collaboration, this time teaming up with the legendary Mobile Suit Gundam franchise to celebrate the series’ 40th anniversary. Much like previous Bikkuriman collections, Lotte made a brief announcement online before dropping the set at stores nationwide in Japan, featuring Bikkuriman’s iconic design embedded into the characters of Gundam that we all know and love. For anyone familiar with Bikkuriman, you’d already know that each time a collection is released it’s divided into two packet designs; this time, Lotte has opted to utilize this split packet design to represent both the Earth Federation and the Principality of Zeon. 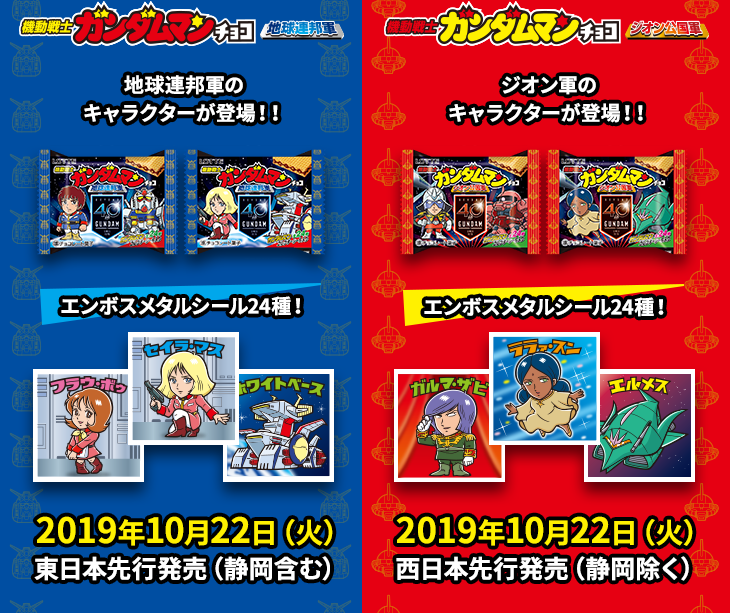 While there are a number of modern-day Gundam fans who might not be familiar with the series’ origins, this latest collection seemingly exclusively covers the original Mobile Suit Gundam series — not too surprising given that this is what is celebrating its 40th anniversary. Given the fact that Bikkuriman themselves only just celebrated their 40th anniversary a couple of years ago, it’s great to see them working with Gundam for this collaboration. Of course, the brand is certainly no stranger to collaborations — previously teaming up with the likes of One Piece, Fist of the North Star, Dragon Ball, and even going outside of the realm of anime with their work alongside legendary creative Hiroshi Fujiwara.

Available now in stores across Japan, whether you’re a fan of the confectionary or just a maniac for the seals like me, I’ll definitely be looking to complete my collection as soon as possible. Those interested in checking out additional information can head over to Lotte’s Bikkuriman official website.