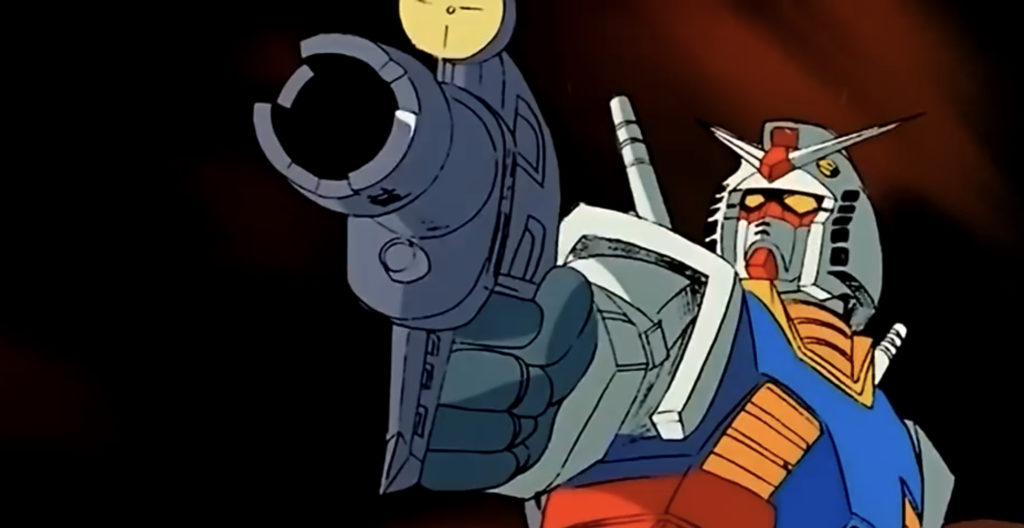 The Gundam franchise, even at the height of its success, has always felt like it has never reached its full potential in international markets. Sure, the franchise is popular, but when you compare its place in the Western market to how beloved the franchise is in Japan, it can feel like the series has failed to reach its potential. For all the success it has in Japan and the name recognition outside of the country, many shows and the merchandise based upon it within the franchise have struggled to find any market whatsoever, or have found relatively small levels of popularity by comparison. Saying that, however, there’s been a clear ideological push by Bandai within Japan to increase its international recognition and success, helping it to achieve the success the franchise has always enjoyed inside Japan on a global stage. The franchise is gearing itself towards capturing an international market more than ever before, and the announcement by Crunchyroll that they have purchased the rights to use multiple Gundam titles in merchandising over the coming years is a clear signal of intent in this regard. 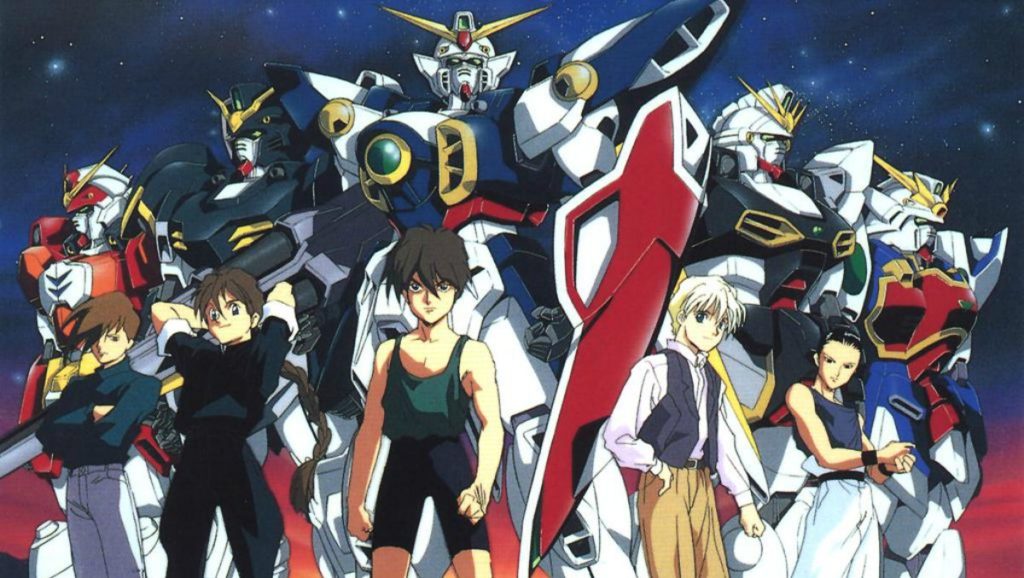 Gundam has had a unique history in the US. While not the first time the series had been available in the country, Gundam Wing’s Toonami premiere in 2000 made the series a well-known property for the first time and helped to propel its popularity in the country and in the West more broadly as it ushered in more product in the years that followed. In spite of the success of this series making even Gunpla model kits available in major retailer, however, and in spite of multiple other Gundam series airing on the Toonami block thanks to it, ratings fell over the years, many Gundam series remained unavailable and the series became less accessible than ever before for international audiences. The boom in streaming anime definitely didn’t help in this regard either, with countless new and older anime being available through legal channels on the internet, with Gundam nowhere to be seen during the initial years of legal anime streaming.

The result of these circumstances made Gundam a franchise often overlooked due to accessibility and promotional issues by those who couldn’t access these early showings or were too young to experience it. While it has always been far more than that, often using its sci-fi world and intergalactic war to tell more human stories about war that help set it above and beyond many similar series in its genre, the fact that Gundam is a mecha anime has always hindered it in the eyes of many anime fans. Yet the thing that hurt it first and foremost was accessibility and the fact that, especially outside of America where Toonami wasn’t a thing, it was difficult to watch the series at all.

This has changed more recently, however. New licensing agreements from Sunrise have made the entire franchise from the very beginning available on DVD and Blu Ray, some of these series and films seeing their first-ever international releases thanks to this. Admittedly expensive international import releases meant people were not waiting for such licenses to access the content, while a cheaper release was guaranteed to follow it further down the line and ensure new entries in the Gundam series were available to international fans. Perhaps most impactful is the eventual embrace of streaming, with the Gundam YouTube channel, alongside Crunchyroll, streaming almost every single entry in the franchise in some form or another. This streaming access helped to make series like Gundam: Iron Blooded Orphans a major success in a way the series has arguably not enjoyed outside of Japan since Gundam Wing.

Which brings us to the modern-day, where the month of October began with the announcement that Crunchyroll had licensed merchandising rights for multiple Gundam series, the titles chosen representing the biggest and most popular titles from the long-running franchise in the West. The licensing agreement now means that Crunchyroll can create merchandise based on the original Gundam series, Gundam Wing, SEED, 00 and Iron-Blooded Orphans. Clothing and accessories, home decor, furnishings, lifestyle items, and food are just the start of the things this new deal allows Crunchyroll to slap the Gundam name onto. 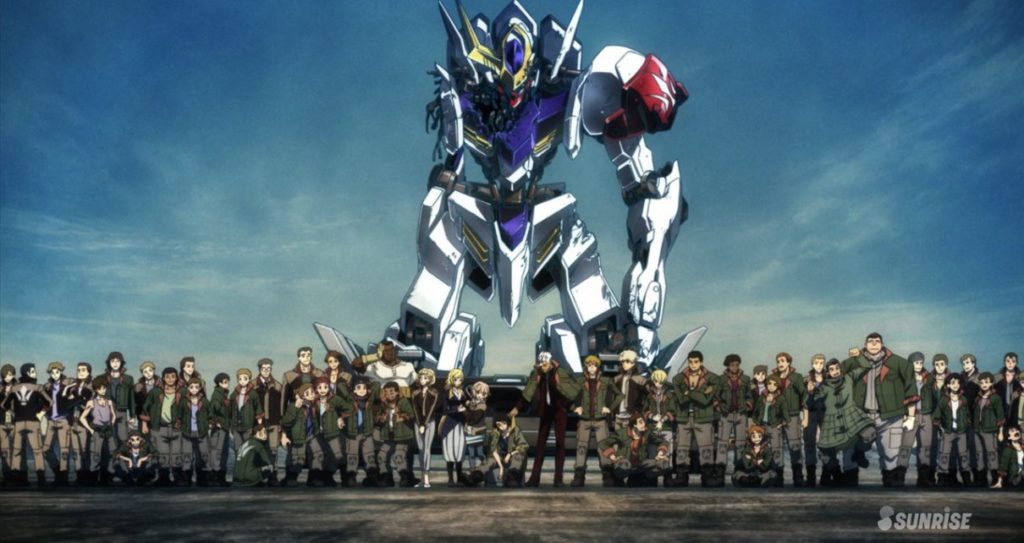 The anime industry is in a massive state of flux right now, with modern Gundam in a way representative of how many of the ways through which major franchises and companies within the industry are adapting to a changing market. Gundam’s growth internationally came about from being in the right moment at the right time, being shown during Toonami’s height in the US as anime was receiving its biggest push internationally date by that point, driven by the success of Pokemon. Without adaptation, the international industry moved on without it.

Today’s industry internationally is almost unrecognizable from the one that Gundam disrupted all those years ago. While it was a new phenomenon at the time, anime is now mainstream and more popular than ever. Michael Jordan is making Naruto street fashion and iconography from series like My Hero Academia and Attack on Titan can be spotted almost everywhere you look. The more important fact for companies such as Bandai and Sunrise is the fact that the size of the anime industry has exploded, and this growth hasn’t come from the stagnant domestic fanbase but the explosive growth of the international market, where industry figures show international revenue rivals the domestic market. While the market outside of Japan was an afterthought before, it would be a mistake to hold such a mindset today.

Outside of China, there’s no bigger name in internet streaming than Crunchyroll for anime. For all that Netflix is vying for the crown and could pose more of a threat as their original slate grows, Crunchyroll is still seen as the go-to place for anime and news about anime. The presence of an anime on the service makes it more likely to catch the eyeballs of a global market, and it makes them a desirable partner to work with if you want to promote yourself to a global audience. Iron-Blooded Orphans’ success internationally can partially be attributed to its easy access on Crunchyroll in many countries around the world, making it one of the most popular modern Gundam series outside of Japan.

Hopes for the Gundam Merchandise

Success with this Crunchyroll Gundam merchandising deal will only occur if the company handles this collaboration correctly. For example, in the clothing department, we could have a repeat of the Mob Psycho 100 collaboration, a perfect addition to the wardrobe of fans which also blended with modern street fashion and looked cool in a way that some anime clothing fails to do. On the other hand, the Darling in the Franxx collaboration, while going for a similar style, felt uninspired and not all that interesting. The art of Mob Psycho definitely helped here, with the designs used simply being more appealing than the character sketches reprinted for Franxx. Gundam’s success means clothing has been done before for the franchise, however, so something that was perhaps more abstract with designs would be more appealing here. Instead of printing an iconic scene or design onto a shirt, why not go more abstract and take iconic elements of the design and simplify them to their colors and components and create shirts out of that? It would certainly be unique, and could perhaps be reminiscent of the cool-yet-fake clothing collection Netflix made to promote their anime catalog in Shinjuku earlier this year, albeit incorporating that abstract design philosophy to an entire shirt and not just a square print that was plastered onto a generic $2 white t-shirt. With Gundam’s now 40 years old at this point, go for something more unique and celebratory, rather than a been-there-done-that print design, would definitely be the best way to go about creating an exciting apparel collection.

As for non-clothing options, go crazy! I want a coffee mug that looks like a Gundam torso, a bathmat in the shape of Gundam suits, the wilder the better! Clothing I feel has to conform to at least some particular sensibilities no matter how unique the design, but this merchandising deal expands beyond apparel where I feel creativity could and should be allowed to shine. We have a lot of Gundam merchandise available in Japan, after all, so something that’s different from what’s already been made would be the better use of the deal for Crunchyroll.

For now, however, we wait. With the deal having been announced at the beginning of the month we’ll need to see what happens with the deal coming forward, but I’m hoping for some exciting pieces of gear to come out of this promotion. It’s a signal of a changing industry and a statement by Bandai and Sunrise about the Gundam franchise, so it would be nice to see some merchandise as bold as this deal.

I really want a Gundam toilet seat cover, though.