If you’re a big fan of Gundam, you’ll wish you were in Kyushu from 24 April through 30 May. The special event Gundam Docks at Fukuoka will take over Canal City Hakata in Fukuoka. 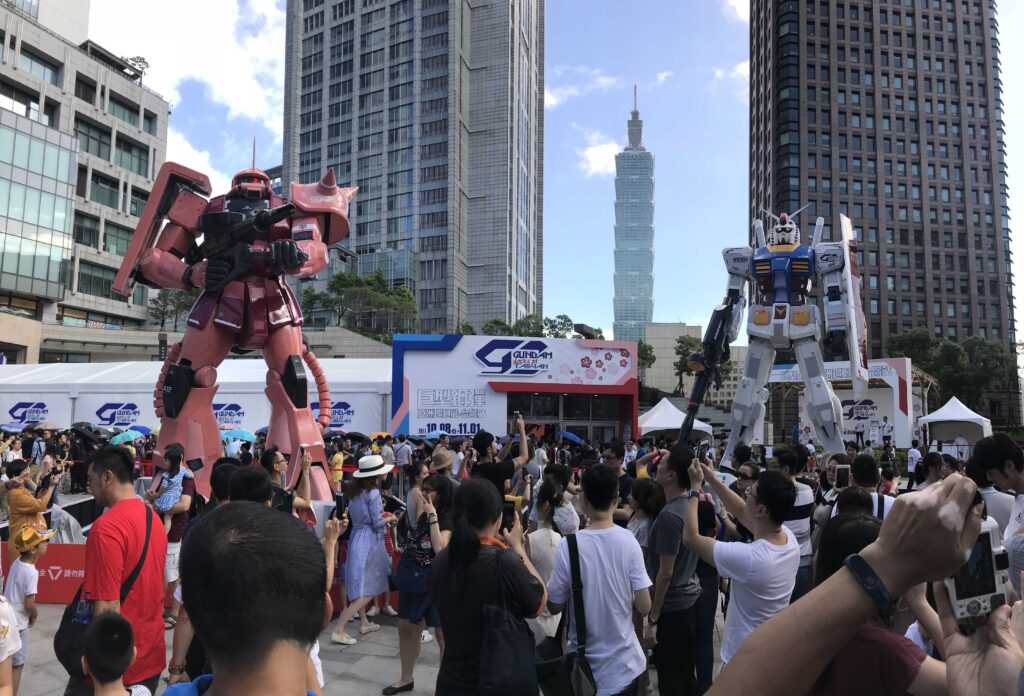 Of course, the centerpiece of the event will be the large Gundam models. They’re not quite as large as the giant, full-size moving Gundam in Yokohama, but still big enough to be impressive. 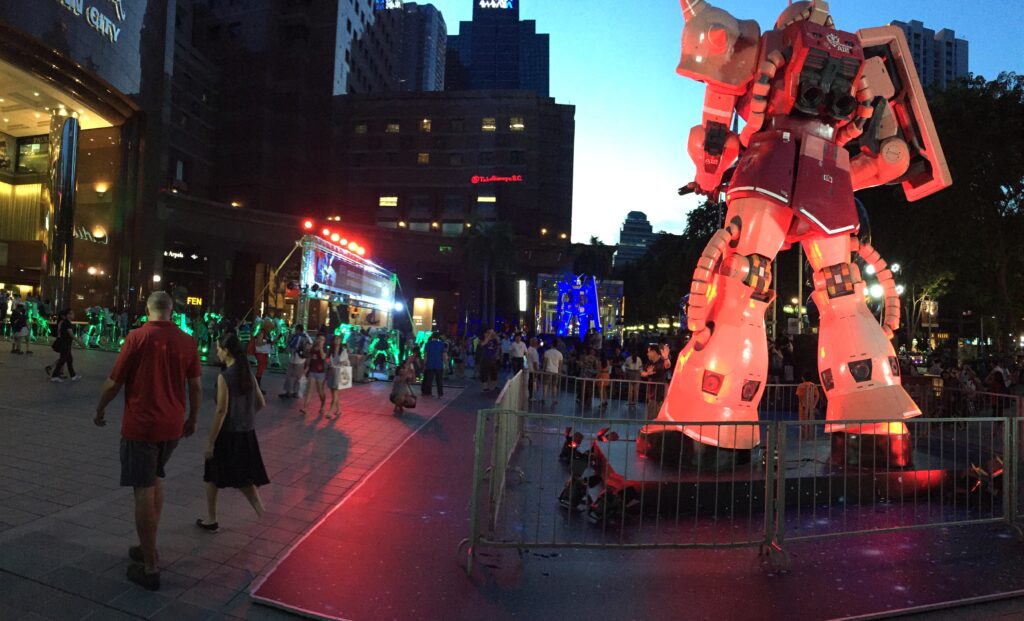 The event will also include a segment called Gundam Scramble in Fukuoka. These multimedia performances will use music, light, video, and fountains. The performances feature mobile suits battling in Kyushu.

Why Kyushu? Well, as the story goes, it seems that the fight is over a new Gundam, rumored to be developed at Canal City (it figures). The final battle includes audience participation, but you’re not just yelling for the good guy Gundam to win. Fans can take part in the battle by using their smartphones.

In addition, there will be special live performances by singer Hiroko Moriguchi. Moriguchi will sing theme songs from the Gundam series. She will also release a new album of Gundam song covers.

You can also take realistic trick photos at various interactive photo spots. They will also have a stamp rally featuring Gundam characters. Apparently Char Aznable knows how to speak with a Hakata accent, which is awesome.

They will also have a special Gundam version of Fukuoka’s traditional Hakata Dontaku Minato Matsuri (port festival) dance. The port festival takes place at 3-4 May (during Golden Week) at the same place as the Gundam event. In the Gundam version, a few selected fans will get T-shirts, shamoji (rice paddles, used in the dance), and protective masks. The dancers will be divided into Earth and Zeon teams.

There will also be special Gundam Docks merchandise at Gundam Base Fukuoka and at the Gundam Café Fukuoka. The event celebrates both the 25th anniversary of Canal City Hakata and the 40th anniversary (in 2020) of Gunpla.

Previous versions of Gundam Docks happened in Hong Kong, Singapore, Taiwan, and Tokyo. This will be only the second time that this event has taken place in Japan.