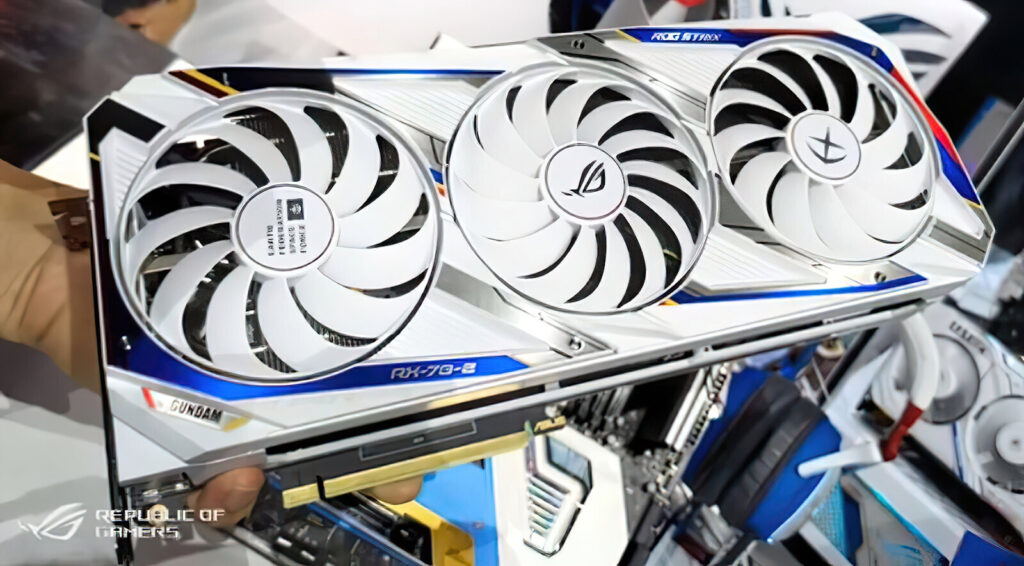 Normally on OTAQUEST, we wouldn’t be talking about PC parts or graphics cards, but this is something special. Graphics cards come and go like the wind blows in the PC industry and it’s not too common that you hear of companies partnering with massively popular anime IPs to promote their newest graphics cards, let alone make one that is themed off of an anime. But that is exactly what ASUS did when they announced the new ASUS ROG STRIX RTX3090 Gundam Edition graphics card.

The card features a white triple slot body with three fans cooling the heatsink. Unfortunately for buyers wanting to obtain this in the United States, it is said to be a limited edition model that is only sold to the PC markets throughout Asia which makes sense considering Shanghai is getting a life-size Gundam. The standard ROG STRIX model comes at a $1799 USD price tag, meaning that you will pay $730 USD more for this limited edition product at a whopping $2500. Even more than this, the availability of the RTX3090 cards is already at an all-time low and the Gundam Edition RTX3090 is supposed to be even more limited than the standard ROG STRIX. 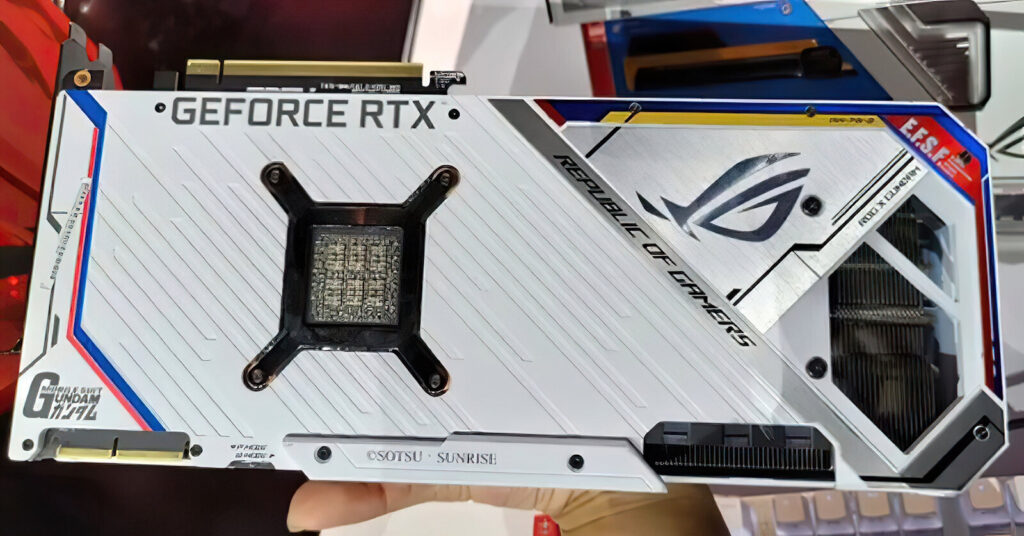 The card itself is primarily white with red, blue, and yellow accents including the Gundam logo on the bottom left rear of the card with the E.F.S.F. logo being placed on the top right of the card. Subsequently, the motherboard which they are offering has a matching theme to the graphics card and all-in-all, make for what would be a really sweet looking rig.

With the graphics cards already being at an all-time low in terms of purchasability, prospective US buyers for these limited edition parts are going to have to either pay a pretty penny in the after-market or beg a friend that is living in an area that sells these products if they’re looking to get their hands on them.

other Chris Cimi 3 weeks ago

The Original Mobile Suit Gundam – Getting into Gundam Guide #1

Gundam Base Tokyo is the Ultimate Stop for Fans

other Jordan Mulder 6 months ago