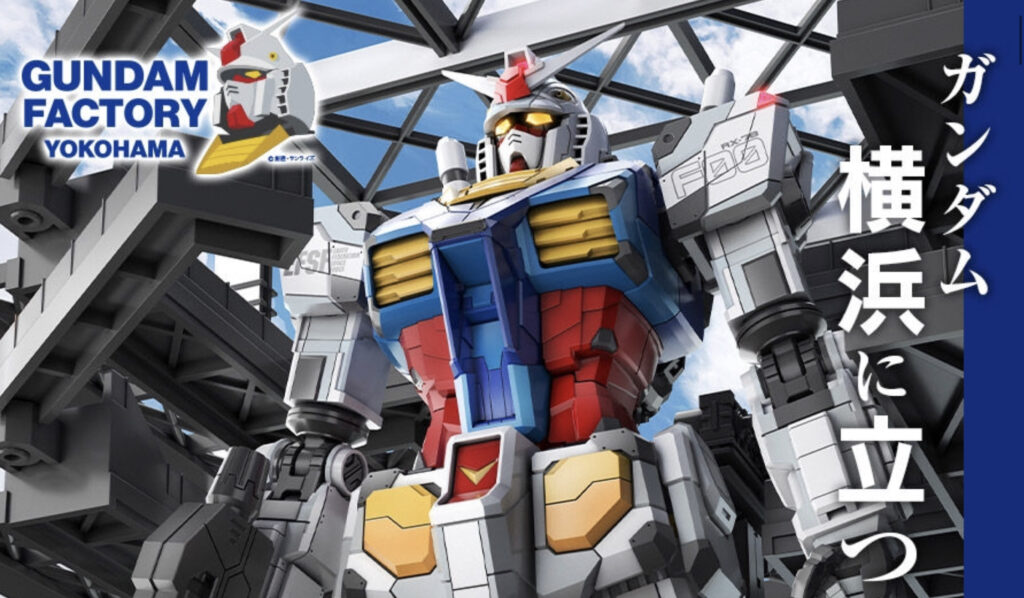 As you may have noticed, it’s a little difficult to travel places at the moment. Very difficult, actually. You may as well kiss all those cool 2020 plans goodbye thanks to coronavirus, to be honest. A brand new life-size Gundam statue was set to open to the public in October of this year, making it the second such Gundam statue in Japan and the first one with the ability to move. It was going to receive a grand unveiling to the public in July of this year before a grand opening in October, but the current pandemic has put those plans on hold. In the meantime, in more proof you can make a Gunpla out of anything, a Gunpla of the Gundam Factory Yokohama Moving Gundam is currently being produced.

This Gunpla contains the build kit for the moving Gundam itself as well as the dock which the Gundam will be placed upon in Yokohama. Overall 2 different Gunpla models will be released. The 1/144 scale RX-78F00 Gundam with Gundam Dock is perhaps the main attraction thanks to the inclusion of the dock to replicate the display that will be found on Yokohama harbor upon release, but a slightly more expensive 1/100 scale model kit without the dock will also be sold.

The Gundam Factory Yokohama is described on the official website as follows:

Since opening its port during the late Edo period, Yokohama has been the window of interaction between Japan and overseas, fascinating many people with its charming streets, along with its historical buildings and breathtaking views woven by the port, sea and sky, developing a rich culture.

GUNDAM, and the internationally-acclaimed power of creation that Japan possesses, will merge in Yokohama, an international port city bristling with an enterprising spirit. Finally, it is time to make GUNDAM move.

GUNDAM will move. It will move in Yokohama.

Pre-orders for both Gunpla model kits based on the Gundam Factory Yokohama Gundam are currently open for a September shipping date on the Premium Bandai website. For Gunpla fans everywhere, this looks like a cool kit you won’t want to miss.

other Rae Niwa 2 years ago