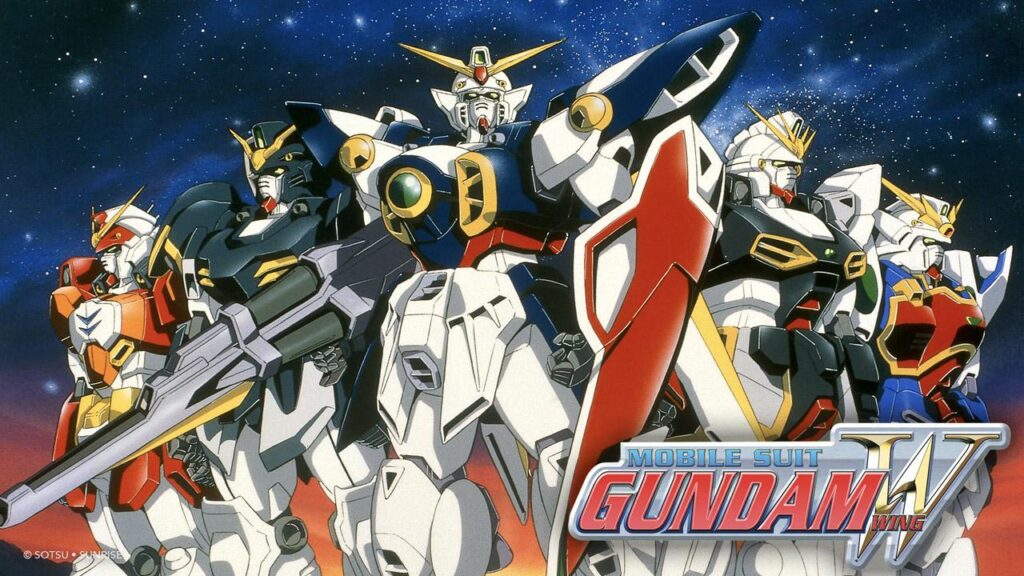 Back in those halcyon Toonami days, Mobile Suit Gundam Wing introduced an entire western continent to the ever-growing world of Gundam and for years remained the face of the franchise in the west. Perhaps when Legendary picture’s live-action Gundam adaptation hits Netflix, it will begrudgingly take Wing’s coveted spot as the Gundam for western audiences, at least if they heed our advice.

While recent years have seen the whole Gundam shebang becoming more popular, with Gunpla even being sold in mega bookstore chain Barnes & Noble, no doubt Gundam Wing remains the most seen Gundam anime stateside. When it came out in Japan back in 1995 under the cooler title New Mobile Report Gundam Wing, it earned itself some fans, including a Japanese female audience who took to creating heaps of BL doujinshi starring the show’s many pilots, not unlike Gundam 00.

However, even with that delectably iconic TWO-MIX track ‘Just Communication’ ringing in each episode, it’s never quite been a series staple here.

After Sunrise‘s first foray into Alternate Universe canon cultivated into something so dissimilar to the original Mobile Suit Gundam foundations that legions of fans write it off till this day, Gundam producers wanted the next series entry to resemble its origins.

Immediately following the finale of Mobile Fighter G Gundam (which we love by the way), Mobile Suit Gundam Wing strolled into 1995 spiritually reimagining the very first. You had your Earth and you had your colonies, and the former had a tendency to oppress the latter, so an armed struggle for peace begins.

The biggest difference to start: Instead of just shoving one emotionally scarred teenage pilot into myriad life or death situations, it brought five along for the bumpy ride. You have your seemingly carefree Duo Maxwell, the pacifist and hesitant Quatre, the self-serious martial artist Wu Fei, the silent acrobat Trowa Barton, and of course mister ‘I Will Kill You’ himself Heero Yuy rounding the cast out front and center.

Along with its many aesthetically pleasing Gundam pilots, Mobile Suit Gundam Wing brought with it a buffet’s worth of political drama. Gundam’s always always always been anti-war… but in addition to some particularly gutting civilian casualty portrayed very early on, Wing screenwriter Katsuyuki Sumizawa strived to portray the machinations of war in their comfy political backend. The suits calling the shots sit safe in cushy headquarters and diet buildings, instead of getting blown up in a Not-Zaku on the frontlines.

Unfortunately, as appreciated as the attempt is, it amounts to pretty mixed results. None of the political shakers in Gundam Wing are particularly engaging people, and much of the show’s political jargon comes across as nonsensical. You’ll still understand the broader story, but all the stilted dialogue that sludges up from the politicking-round table minutia makes the show’s pacing strenuous. This would be a bigger problem than it would be if this anime wasn’t so damn cool looking all of the time.

You could only call how well Mobile Suit Gundam Wing’s space-age aesthetics fit the Toonami branding a miracle. The anime oozed the best of what 1990s had to offer design-wise, without any of the corny ’90s kid’ fat around its edges.

A whole bag of distinct characters prettied up the mech-action, courtesy of mainstay Gundam animator Shukou Murase, who is interestingly not known primarily as a character designer but strikes it out of the park every time he gets the chance.

A team of mecha design legends, including the original Gundam’s designer Kunio Okawara and Virtual-On mech-designer Hajime Katoki, knocked every one of the show’s robots out of the park. The consistency’s astounding, especially consider each protagonist-boy cycles through at least two Gundams in the course of the show, in addition to the myriad enemy suit designs.

The delightfully edgy group of boys and their finely crafted hunks of metal culminate in an unparalleled visual experience.

While 1996’s The Vision of Escaflowne and 1998’s Cowboy Bebop would feature increasingly lush animation from Sunrise, Wing kickstarted a golden period for the studio’s animation production. Put on an episode and you’re instantly beamed into the 90s-anime-pretty-boy-dimension as ‘Just Communication‘ heady synth stabs reverberate through your body.

Even without the Toonami nostalgia goggles, we’re sure Mobile Suit Gundam Wing kept its hypnagogic effect, even if some of that political banter and character exposition-writing will pull you out of your Gundanium-induced state. We promise you’ll enjoy it though if you can just choose to periodically check out and enjoy the spectacle.

Truly the show’s razor crisp aesthetics are only outdone by its OVA sequel, Gundam Wing Endless Waltz, which features an even less sensible political thriller backdrop.

You can watch Mobile Suit Gundam Wing on Crunchyroll.