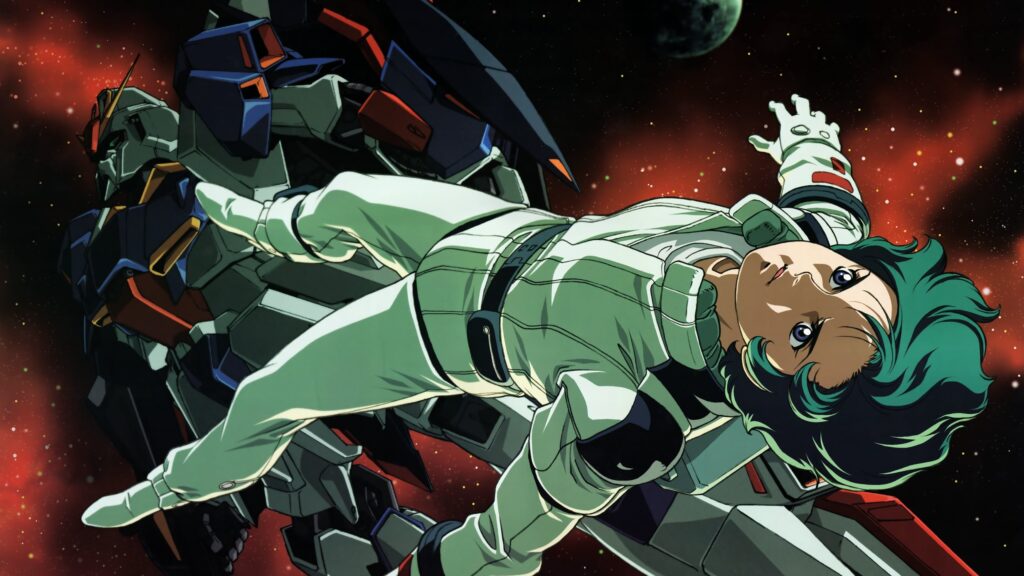 As we’ve been exploring in our weekly Gundam Guide series, all sorts of sequels and spin-offs exist under the Mobile Suit Gundam umbrella, which is why we made our original Brief Guide To Gundam For Busy People to begin with! Some take place in their own continuities, and some add to the 40+ year strong Universal Century continuity series creator Yoshiyuki Tomino unleashed onto an unsuspecting world back in 1979, revolutionizing mecha and changing the course of anime forever.

This article’s subject, Mobile Suit Zeta Gundam, fits in that latter category, but it’s a particularly special show even amongst that grouping: Zeta Gundam marked the first-ever Gundam sequel.

With the franchise being the multi-billion dollar cartoon and plastic toy empire that it is today, with its own nerve-wracking Hollywood adaptation incoming, you wouldn’t know it was something of a failure at first. However, we did eventually get our full-fledged sequel Zeta Gundam, jamming open the floodgates for everything after.

Mobile Suit Zeta Gundam places its story seven years after the original series. The Earth Federation’s (the ‘good’ guys) largely run the show these days, but dedicated Zeon devotees (the bad guys) have begun regrouping and eventually assimilating into a Neo-Zeon. What’s more, amongst the Federation you have factions like the Titans who’ve ended up employing a comparatively oppressive rule to the old Zeon guys.

As they say, the path to hell is paved with good intentions.

Much like Amuro Ray did years before, fleeting teen Kamille Bidan somehow gets caught up in Mobile Suit warfare and happens to be an almost supernaturally good pilot despite having no experience! He and childhood friend Fa Yuiry get guided by the hand of plot into joining Bright Noa’s White Base crew, like Amuro, and they set off to navigate a truly multi-faceted wartime scenario.

The many moving pieces that comprise Mobile Suit Zeta Gundam simultaneously make up its biggest strengths and biggest weaknesses. By utilizing more than just two military factions, Yoshiyuki Tomino could weave a more complex narrative about war and its political ramifications. That said, those complexities make Zeta Gundam, (particularly in combination with its blunt 1985 presentation and Yoshiyuki Tomino’s love for theatrical dialogue, however artistically well-meaning) a bit hard to follow now and then.

Thankfully, that befuddlement never cuts too deeply into what the show does accomplish with its narrative, which appears most successful when exploring into the psychological nitty-gritty of its traumatized but charismatic mobile suit pilots.

Whether the original Gundam or Zeta has the better story or characters will be debated until the end of time, but one area where it clearly dominates is the presentation department. Animation technology experienced great strides between 1979 and 1985, and add post Gunpla phenomenon sized budget to the production, and Mobile Suit Zeta Gundam comes out especially crisp and clean.

We called Mobile Suit Zeta Gundam one of the best anime sequels out there, and we meant it. Amuro, Char, and the RX 78-2 may remain more iconic than Kamille and the Zeta Gundam, but Yoshiyuki Tomino came through with a richer story enhanced by sharper direction and all-around nicer animation.

Less of a historical accomplishment, but truth of the matter is most 2021 anime viewers are looking for entertainment more than just wanting to do the anime homework. Most people who’d read an article about Zeta Gundam in the present year probably already have built up quite the anime backlog, but you’d be smart to bump up Zeta Gundam a few rungs; The show fires on all of anime’s cylinders quite nicely.

You can purchase Mobile Suit Zeta Gundam on some incredibly nice-looking Blu-rays from Nozomi Entertainment.