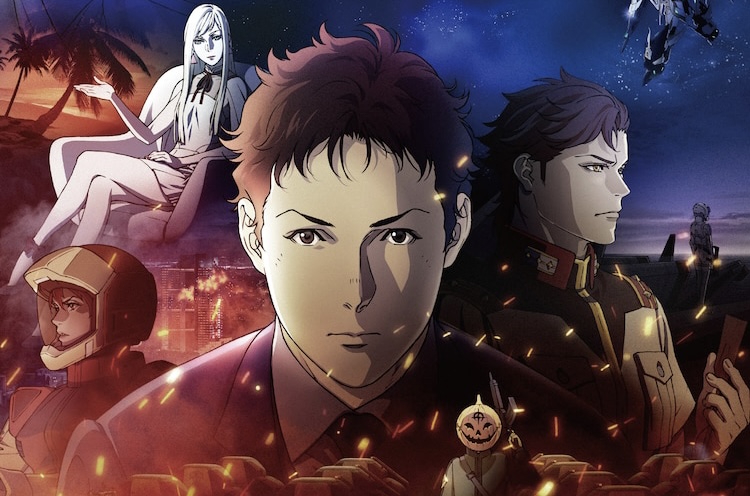 With cases of COVID-19 on the rise in Japan, the decision was made by the national government to place four regions of the country into a strict State of Emergency, just months before the Olympics are due to start in the country. Unlike the last State of Emergency, this declaration that is targeting Tokyo, Osaka, Kyoto, and Hyogo is much broader and requires business like certain shops and, crucially, cinemas, to close for at least two weeks.

Just days before a traditional Golden Week boom, various Japanese movies such as Gundam Hathaway have made the decision to delay their scheduled release in theaters as these major populated areas are forced to close their doors.

With so many films announcing delays to their releases as a result of the pandemic, we thought that we would summarize them in one place.

To start things off with a minor delay (although of course, everything these days is subject to last-minute change; just look at Evangelion), Mobile Suit Gundam Hathaway has made the decision to delay the release of the first film in that adaptation as a result of COVID-19. With current measures set to remain in place until 11 May with the possibility of an extension, a minor, 2-week delay has been given for the film.

With the desire to open in cinemas once theaters aren’t closed in certain areas due to the State of Emergency, it would be easy to assume that this may incur further delays if the declaration is extended. Whenever the film comes out, it should be worth the wait, as this adaptation of Gundam creator Yoshiyuki Tomino’s novels looks stunning in the trailers we have seen prior to the release. The Blu-ray release of the movie has also been pushed back as a result.

Kakegurui Part 2 is another film suffering from this declaration. The movie has been pushed back to an as-of-yet-unspecified date due to the COVID-19 State of Emergency. This latest original film based on the live-action adaptation will hopefully succeed in replicating the success of the first live-action film, which also expanded on the story and characters with an original story in the same universe. We even highlighted it in our latest box office analysis.

It should be noted that, though no date has been given for the film, you should expect it to release soon after the end of the declaration: the delay announcement notes that it will be coming out soon, which most likely means they want to wait for definitive news on the end of regulations before penciling it in again.

We did at least get a preview of the opening movie to tide us over.

Another release now delayed is the planned theatrical cut of Earwig and the Witch. This latest film from Studio Ghibli had its flaws, but this new release of the film initially timed for Golden Week was set to feature new scenes, expanding the story of the film. Whether those would resolve its issues is unknown, but we’ll have to wait longer to find out.

Some films have chosen to stay with their planned release schedule for now, especially if their release date was scheduled for after the currently planned 11 May lifting of current orders in these four prefectures, but there is the possibility of an extension if cases do not fall. At which point, more releases large and small planned for mid-May or later, may be impacted.

The new date for Gundam Hathaway would certainly be impacted by any extension, while the theatrical releases of films large and small like Knights of Sidonia, the Japanese release of Godzilla vs Kong and Dreams on Fire may be forced into a delay, or hit cinemas with major markets like Tokyo and Osaka closed off.

We’ll keep you up to date on any further schedule changes as we hear them.