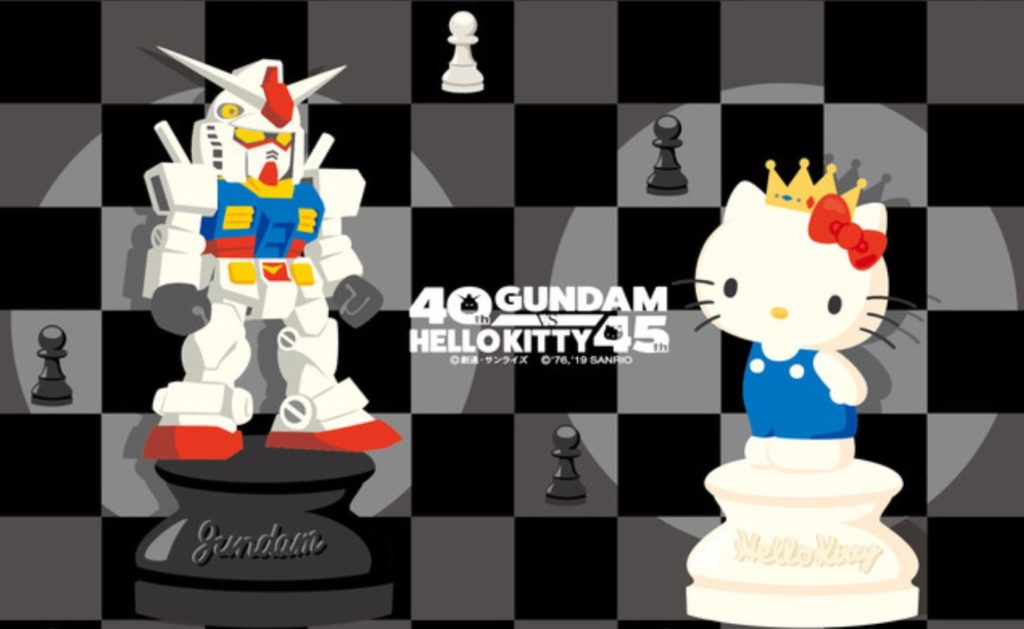 The Gundam vs Hello Kitty campaign has been one of the wackier and neat aspects of Mobile Suit Gundam’s 40th-anniversary celebrations, which also include sending Gunpla to the moon and series creator Yoshiyuki Tomino to New York City. This newest wave of crossover merchandise does seem more like Sanrio’s doing than Sunrise’s, and I say that because it’s absolutely adorable.

A series of chess-themed goods that feature classic Gundam mobile suits, as well as Hello Kitty, of course, being turned into cute chess pieces is launching on August 17. It’s definitely more a collection of merch than a fashion line, with only one bag and shirt available, but they’re worth a look. 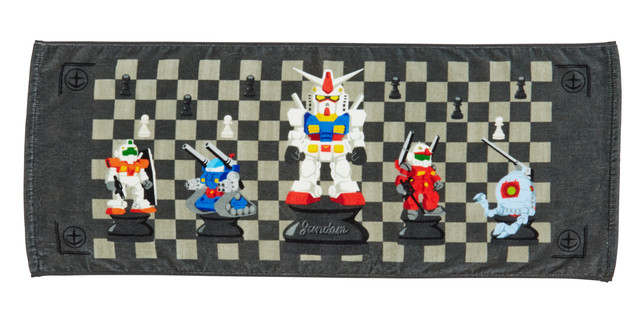 The above is one of the towels that’s available for sale as part of the Gundam vs Hello Kitty chess collection. On it, you see cute takes on the original RX 78-2, the gun tank, gun cannon, and more. These same designs, as well as this black and white chess pattern, adorn all sorts of goods like cups, clear files, pins, and key-chains. The Hello Kitty side of things features a red motif, but with similar patterns and designs. These aren’t exclusive goods to die for, but they’d make a cute addition to your house or apartment. 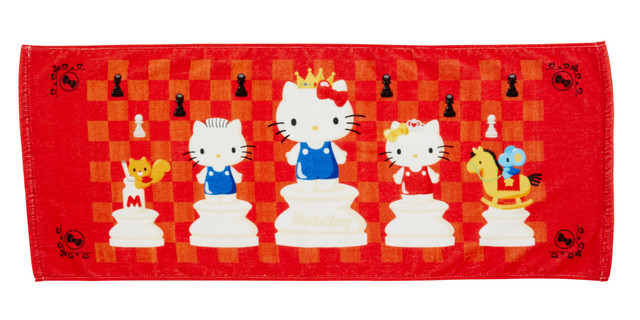 As two of Japan’s most recognizable franchises, the idea of Gundam vs Hello Kitty makes sense on paper but it really is surprising to see in practice. One is the most famous character by a company that specializes in making cute characters, the other a franchise based on very old anti-war anime. I guess Mobile Suit Gundam has evolved and done different things since then, but especially going back to the original series, imagining Amuro and Char piloting Sanrio-itized Gundams while fighting a bloody battle is amusing. Can’t wait to see what comes next from this partnership.

The Gundam vs Hello Kitty chess goods are set to release August 17 and they’ll be available for just one month. Full details here.