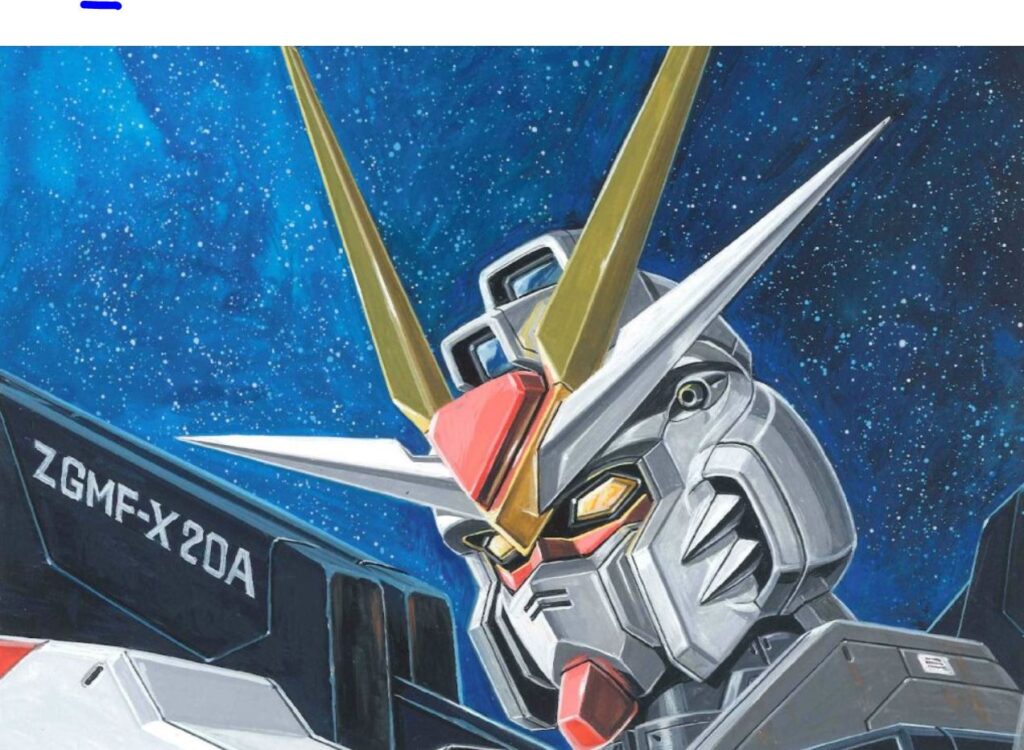 Netflix proudly announced earlier this week that a live-action vision of Mobile Suit Gundam developed by Legendary Pictures would be coming to the streaming monolith ~sometime in the future~. Hollywood adaptations of anime don’t have a great record already, and Netflix’s single foray, Death Note, gets clowned on to this day.

You had many long-time Gundam nerds collectively groaning, though a few more optimistically pointed out that Legendary’s forrays into Big Robots and Kaiju haven’t been too bad. Plus, worse writers than Y The Last Man and Saga scribe Brian K. Vaughan could be responsible for the script. Certainly, we’ll be treated to a base level of film-making competency and riling spectacle for those wanting to see big old robots drawing metaphorical blood for other big old robots.

Here though, we find our biggest worry nestled away: Despite what casual movie-watchers may refer, Gundam heads would be mortified to see a Gundam movie reducing their baby to ‘cool robot go boom’ and for good reasons.

Despite Ready Player One being one headache of a movie, we applaud it for paying tribute to Mobile Suit Gundam’s legacy. It also gave us a taste of what a big-budget blockbuster Gundam movie could look like, and to their credit, the cool robot did look like a cool robot.

Of course, this was just a glorified cameo and not meant to represent Gundamdry in a serious way. If one wanted to go nerd-mode, they’d not have the RX 78-2 in the film move acrobatically, since the original never had that kind of mobility. In mainline Universal Century Gundam shows, these robots had weight because of their physical limitations, often relying on weaponry. Conversely, G Gundam turned mobile suits into flying luchadors, so how these bots move should depend on what kind of Gundam movie Legendary wants to make.

Neither Legendary nor Brian K. Vaughan have come out and said if this Gundam movie will be a reimagining of the original series, an original piece in the Universal Century canon, or something else entirely. The first feels most likely, though I don’t know if we’ll get Miles Teller playing Amuro and one of the Marvel guys playing Char as opposed to all the characters being westernized.

Either way, both it and option 3 would be a missed opportunity. Most interesting would be option 2, which the ill-fated previous live-action Gundam movie G-Savior was. The production team would have wiggle room to play around with big ideas and spectacle only possible in blockbuster cinema.

However, constraining yourself to the restrictions and history of Universal Century Gundam, a film true to the spirit of the original (though allowed to explore its own ideas), would be possible if one key factor remains intact.

The real point of this article? As we’ve been detailing in our weekly Getting into Gundam Guide series, the robot against robot destruction has always been in service to a bigger message: War is, in fact, bad. From the very beginning, series creator Yoshiyuki Tomino strived to imbue his revolutionary real-robot anime with dire pacifist sentiments which continue to proliferate through most of the sequels and spin-offs to this day.

Sure, most Hollywood movies don’t up scream at you ‘hey war good’, at least before scratching beneath their surface, but keep in mind this whole franchise was created by a man born during World War II in which two nuclear bombs would be dropped onto his country. Any Gundam movie without this ethos embedded first and foremost could not be called a Gundam movie.

To this end, we hope Legendary Pictures doesn’t rely on active US Military cooperation to make develop this as they did in Man Of Steel and many other of their blockbusters. It’d be a real slap in the face to the series’ core anti-war message.

Until more information on the upcoming Gundam movie trickles out, it’s hard to say where our hopes and our scrutinies should lie. Legendary Pictures know how to do due giant-scale action, but no Gundam series should be appreciated as just giant-scale action.

While unlikely, we hope some neurotic production staff member happens across this article, but some responsibility actually lies with the fans as well. Anyone who just says they wanna see robots fight should watch a different movie. While wanting less ‘human bullcrap’ for Kaiju films is at least understandable, since Toei brought that curse upon themselves early on, Gundam’s anti-war sentiments and examination of political machination are wholely important to its bigger picture.

I’m not asking for Char Aznable or Heero Yuy to be one-to-one recreated, but I’m asking for what Gundam is to actually be respected. If done right, Legendary has the potential to do good.

other Jeremy Tauber 2 months ago