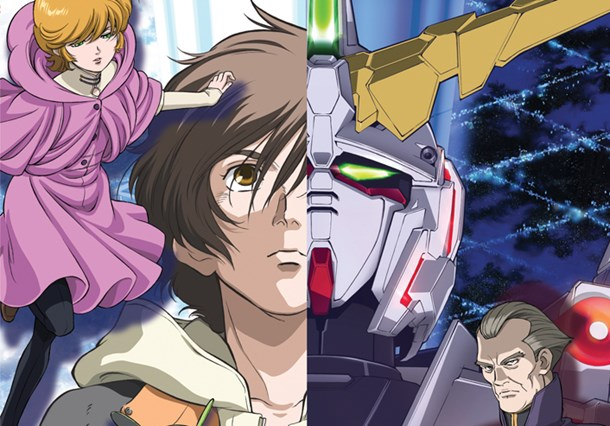 The Gundam francise has been an influential series for decades, leaving an indelible mark on Japanese culture. It has set the bar for hard science-fiction in anime and other media and is to this date the only anime that requires a degree in political science and philosophy to parse. The first series, Mobile Suit Gundam, was released in 1979 and has persisted ever since.

However, the first space colonists were under the control of the Earth’s government and had little to no rights or representation. When the colonists of the principality of Zeon declared independence, it sparked a war with the Earth Federation which lasted for over eight years and wiped out half of humanity.

While initially this sounds analogous to the American Revolutionary war, series creator Yoshiyuki Tomino originally wrote it as a critique of Japanese aggression in Manchuria. Either way, most iterations of the Gundam franchise operate within this world.

This version included a few reanimated scenes, as well as recaps of previous episodes and previews of upcoming episodes narrated by Shuichi Ikeda, the Japanese voice actor for Full Frontal. It also includes a few new opening and ending themes, but the plot and animations are largely the same.

Mobile Suit Gundam Unicorn opens with the fateful events of UC 0001, as mankind heralds the age of space travel and the end of the Anno Domini timeframe. The ceremony is abruptly ended by anti-Federation forces blowing up the space station where the Prime Minister of Earth lives, Laplace.

Smash cut to 96 years later, a boy named Banagher Links meets a mysterious girl named Audrey and becomes the pilot of the RX-0 Unicorn Gundam, which holds a connection to something called Laplace’s Box. This is rumored to hold the key to the future of humanity and could topple the Federation.

The Characters and Story of Gundam: Unicorn

The anime does a little less-than-stellar job of getting the new viewer up to speed with the world of Gundam and the factions at play within it. For me personally, it was helpful to know that generally those that pilot the Zaku-type mobile suits are the bad guys, and whoever pilots, well, not those, are the good guys.

Banagher Links is our protagonist and a student living in the colony of Industrial 7. As mentioned before, he becomes the pilot of the Unicorn Gundam, in a world that hasn’t seen the widespread use of Gundam-type mobile suits in years. Canonically it’s been about three, since UC: 0093 marked the events of Mobile Suit Gundam: Char’s Counterattack, which was, well, the counterattack of Zeon leader and primary antagonist of Mobile Suit Gundam Char Aznable.

Banagher is born after the events of the original Mobile Suit Gundam and the war between the Earth Federation and the space colonies, so he isn’t entirely familiar with the events surrounding it. His estranged father, Cardeas Vist, he finds out, is the head of the Vist Foundation and in charge of the testing of the Unicorn Gundam.

Cardeas was also in charge of handing the Unicorn Gundam over to the Sleeves, a faction of Neo-Zeon fighters under the auspices that it would be the key to unlocking Laplace’s Box.

Audrey Burne is the pseudonym of Mineva Zabi, the last surviving heir of the Zabi family and thus the heir to Zeon. The Zabi family was thought to be wiped out at the conclusion of the events of Mobile Suit Gundam. They conspired to seize power during the original rise of Zeon, and were some of the more prominent antagonists during the original series, so the existence of a living heir is a big deal in the context of the show.

Mineva arrived on Industrial 7 to stop the handover of Laplace’s Box (Or the key to it, as it turned out) to Suberoa Zinnerman of the Sleeves. Her pseudonym might be a play on the name of actress Audrey Hepburn, as an alternate version of her film Roman Holiday is briefly shown as playing in a theater on Industrial 7 under the name Princess on the Run.

Audrey/Mineva is wise beyond her years and a skilled negotiator and diplomat in tense situations.

Marida Cruz is one of the pilots for the Sleeves. She served under Suberoa Zinnerman and was one of the first opponents Branagher fought. She fights on the same side as Angelo Sauper, another Sleeves pilot, but is not quite aligned.

The leader of the Neo-Zeon/Sleeves force is Full Frontal, a man who looks exactly like Char Aznable. He is thus referred to as ‘the second coming of Char’ by friends and foes and pilots a red mobile suit similar to the one piloted by Char in the final battle of Mobile Suit Gundam. Full Frontal and Angelo Sauper are usually found close together, in uniforms not dissimilar to Prussian military uniforms. Char Aznable disappeared during the events of Char’s Counterattack and is presumed dead.

He is assigned to the Londo Bell, an Earth Federation Special Forces unit. He mostly serves on the ship Nahel Argama, captained by Otto Mitas. The Londo Bell is headed by Bright Noa, a character that appears in almost every iteration of Gundam’s Universal Century timeline. He captains the Ra Calium and throughout the course of the series conspires to turn against the Federation as their tactics become increasingly brutal.

While there are quite a few characters to keep track of and allegiances that shift like houses of cards, the show does reward the patient viewer with plenty of robot fighting action.

The Gundam franchise has always been careful about the way it presents war and combat, and in Gundam Unicorn, there’s a moment when Banagher is confronted with the life he took while defending the Nahel Argama, and even though it was an accident, it clearly takes a toll on him. 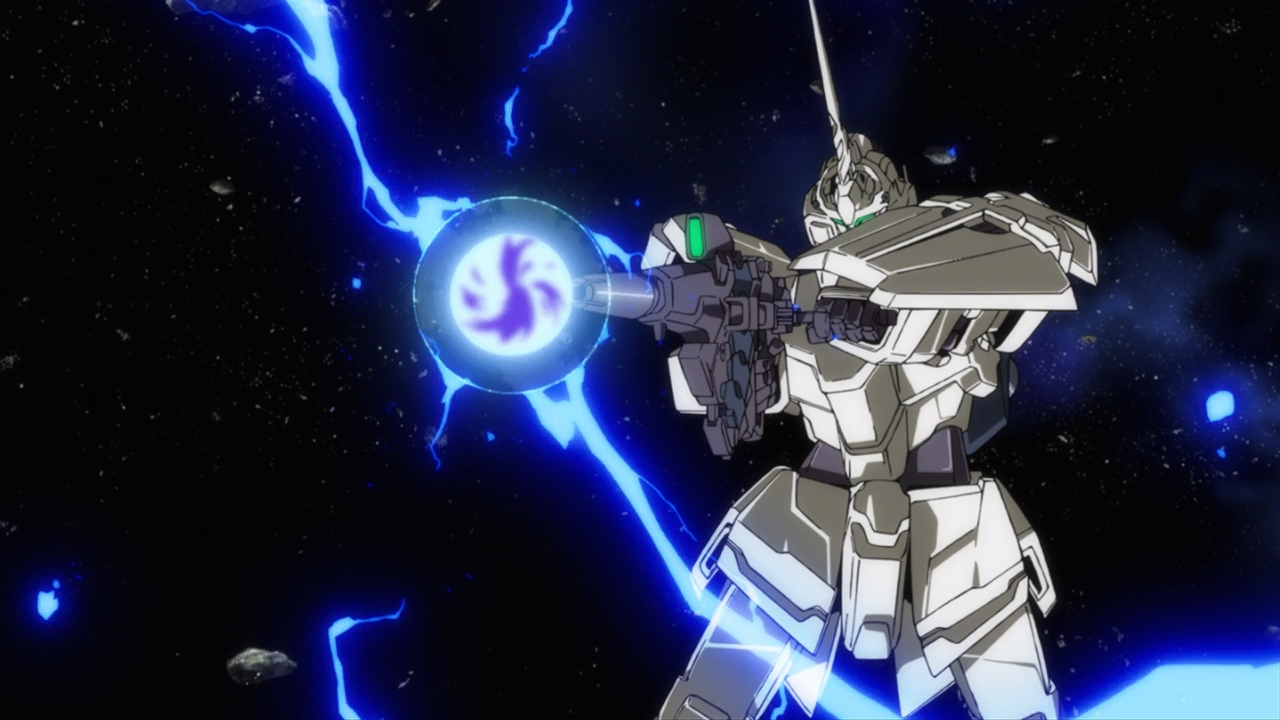 Gundam as Part of Culture

Regardless of this, the Gundam series has become a major export for Japanese culture, and almost a symbol of Japan itself. There have been at least two life-size Gundam statues that have stood guard outside the Diver City Tokyo mall in Odaiba, Tokyo.

For a while, there was the original RX-78-2 Gundam piloted by Amuro Ray in the first Gundam series. It stood outside the Gundam museum at Diver City Tokyo and in the evening would light up and shoot steam as a series of clips from various Gundam series were projected on the wall behind it.

It stood until 2017 when it was replaced by the Unicorn Gundam. It’s a life-size model as well and transforms as it does in the anime four times a day. Clips from the anime are also projected on the wall behind it when the sun goes down.

The Unicorn Gundam also appeared in several video games such as the Dynasty Warriors Gundam Series and the Mobile Suit Gundam Vs. Gundam series. The first three episodes of the anime were also adapted into an action game for the Playstation 3 by From Software, developers of Bloodborne, Dark Souls, and Sekiro: Shadows Die Twice.

Gundam Unicorn has also enjoyed international cross-promotion, particularly for the premiere of Independence Day: Resurgence. As part of the marketing, a poster was produced riffing off one of the posters previously released for Independence Day, where an alien ship was shown hovering over the Statue of Liberty. In the cross-promotion, the statue was replaced with the Unicorn Gundam. In addition a trailer for Independence Day: Resurgence was edited together featuring Banagher Links and Full Frontal alongside characters from the film discussing the impending invasion.

Mobile Suit Gundam Unicorn is available on Blu-ray from Bandai Entertainment and contains music composed for it by Hiroyuki Sawano.

The Gundam franchise is such a cultural powerhouse in Japan that when a new story is released, it becomes major news. The adaptation of this chapter of the Universal Century proved to be such a hit that the iconic statue of the RX-78-2 was replaced by the Unicorn Gundam, making it not only a towering achievement in media terms, but literally and architecturally.