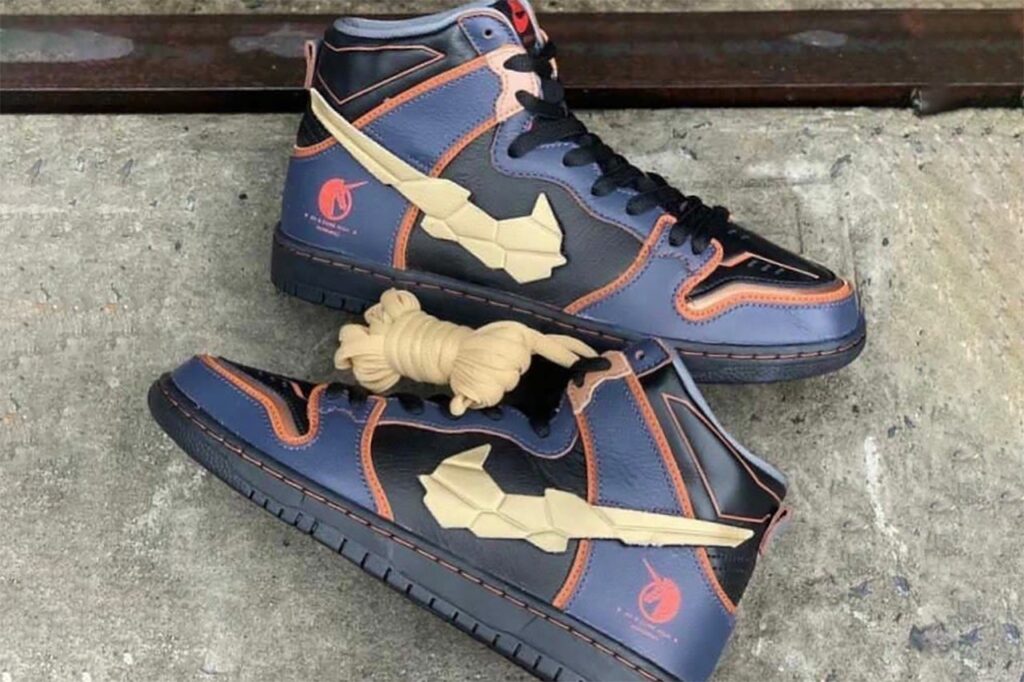 Nike is no stranger to Japanese pop culture collabs. From shoes based on iconic video game consoles to a Doraemon-themed pair of dunks, the iconic shoemaker has flexed their creative muscle with some of the most well-known pop culture properties Japan has to offer. If a new leak is to be believed, yet another pop-culture staple is getting the official collab treatment in the form of a pair of Nike Dunk Highs themed on mobile suits from Gundam Unicorn.

Two pairs based on the UC series mobile suits are said to be dropping, one with a cream white/red/yellow colorway obviously themed on the Unicorn Gundam’s Destroy Mode, and another black/blue/orange/gold pair themed on the Banshee Norn. Both shoes are emblazoned with the unicorn logo and in a total standout move, the iconic Nike swoosh has been given a facelift, looking as though it’s made from the transforming panels from the Unicorn mobile suit. If one of the leaked images is to be believed as well, the swooshes are attached with velcro much like the customizable Air Force 1s that took sneaker culture by storm when they were announced earlier this year.

No official announcement about these new sneakers has been made available yet, but considering the never-ending anniversary celebrations the series has been seeing for the past few years the timing of this drop makes more than enough sense. Word has it that these will be released later in 2021, and we’ll definitely be keeping an eye out for more details.