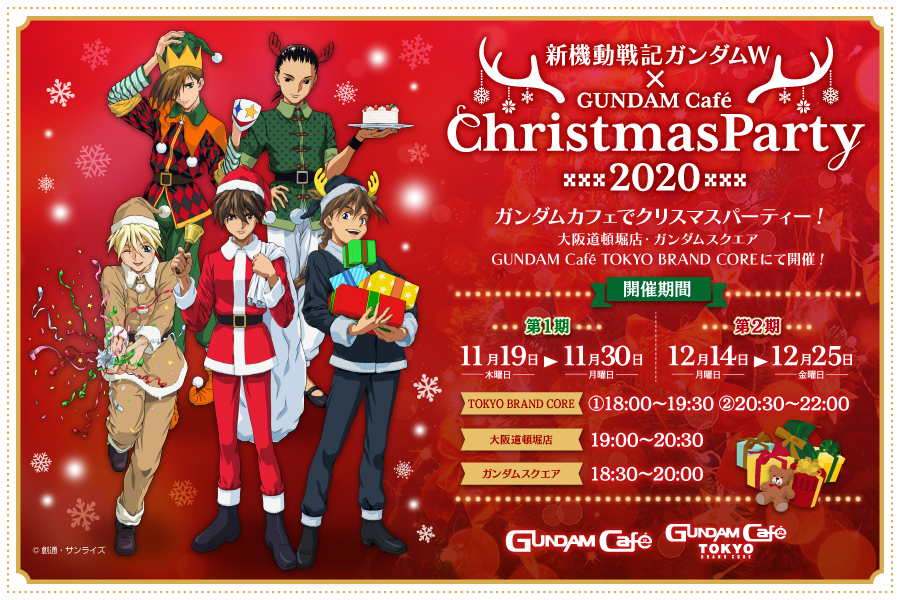 I was strolling through Akihabara yesterday when through my little eye I spotted a most curious and delightfully ill-fitting thing: Was that Heero Yuy (famous for once uttering ‘I Will Kill You’ at a teenage girl) in a Santa costume? Next to him were the rest of the Gundam Wing team, all decked out in Christmas attire, to which my response was a much needed pure joy I couldn’t contain. Bursting into the wonderful Gundam Cafe, I spent about 20 dollars on Gundam Wing Christmas merchandise and I don’t regret it at all. Turns out, there’s more than just merch to talk about. 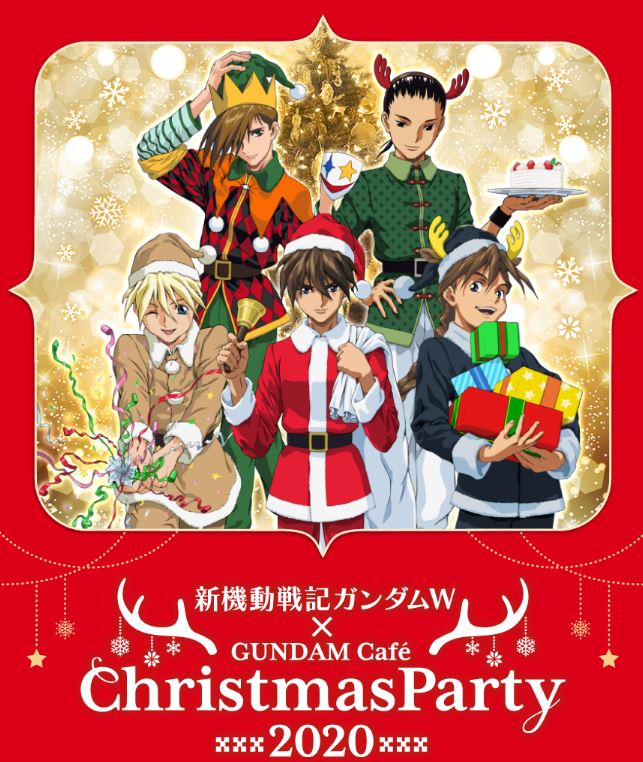 From now until Christmas, both the Tokyo and Osaka Gundam Cafe locations will be selling all sorts of Gundam Wing Christmas goods and offering limited-edition food items in their dining areas. Whether you want to hop in quickly to buy a pin or a mug with the themed Christmas art or stay for the actual Christmas party celebrations is up to you! They will be held twice a day between 19 and 30 November and once again from 14 December to Christmas day. What exactly the Gundam Cafe Christmas Party entails is a mystery to us too, but maybe we’ll check it out. 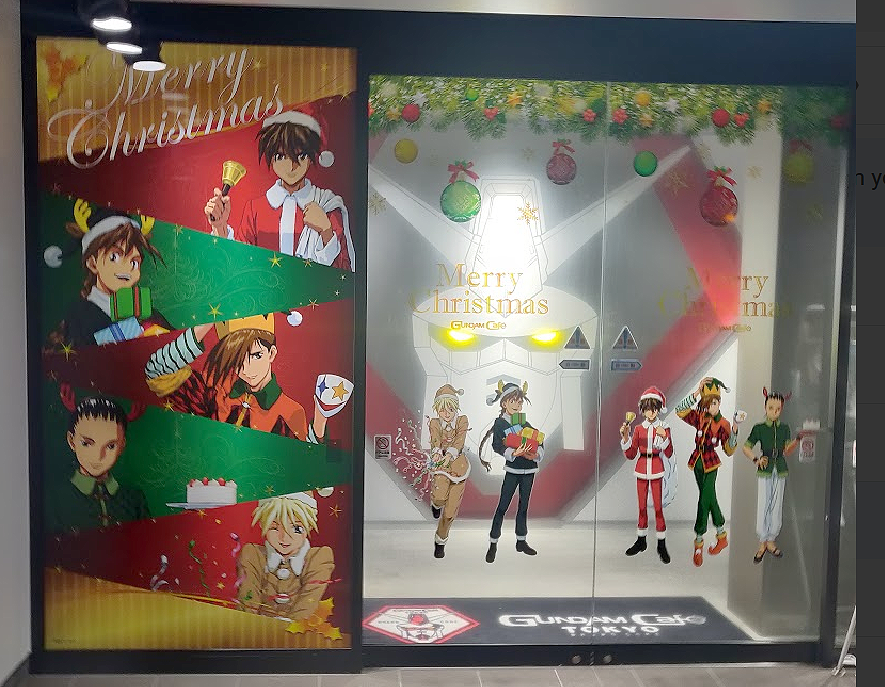 The Gundam Cafe has always been one of our favorite places to go in Akihabara, and after eating the AKB48 Cafe alive this summer, the newly re-titled Gundam Cafe Brand Core Tokyo is a better destination than ever. Not only did a third location just open up in Haneda Airport, but they’re also continuing to do the lord’s work by running a Gundam Wing Christmas themed event.

Silly and joyous on its face, it actually makes a certain amount of sense considering Gundam Wing Endless Waltz is actually one of anime’s best Christmas movies. 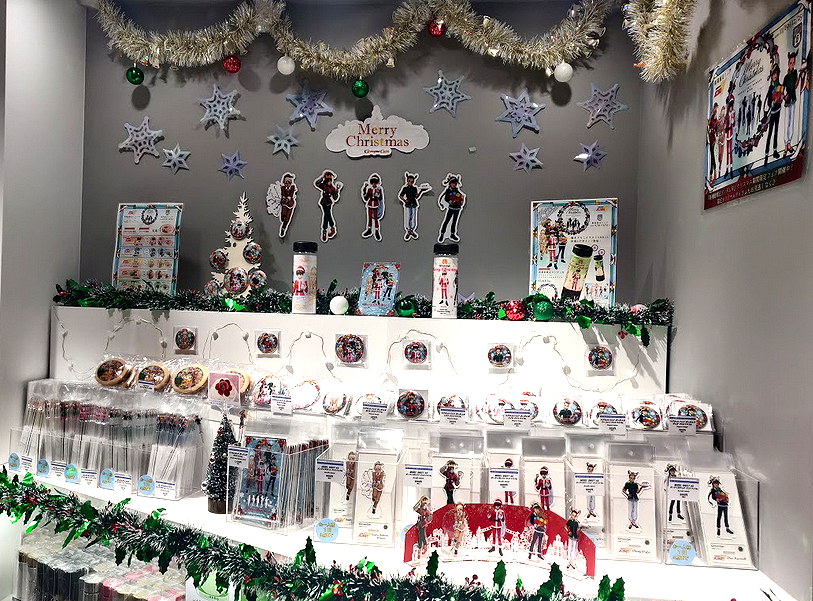 This Gundam Wing themed Christmas event will run at the Tokyo and Osaka Gundam Cafe branches through Christmas.