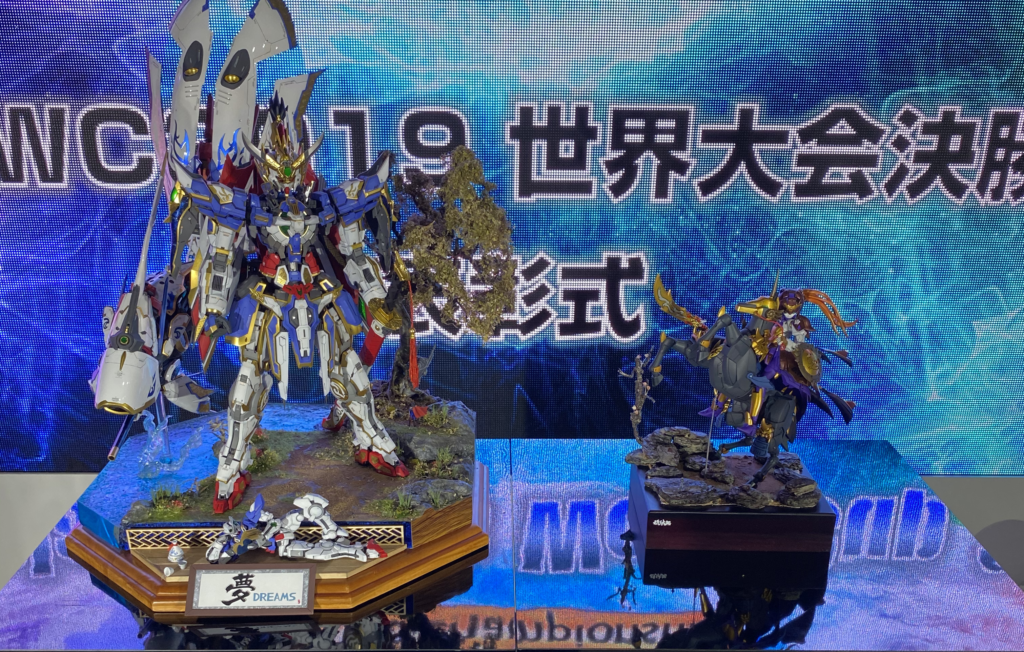 2019 marks the 40th anniversary of the original Mobile Suit Gundam. The first ‘real robot’ show that depicted the brutality of war with honesty and disdain, the seminal series which continues with new iterations to this day changed anime forever. However, when talking about the legacy of Gundam the anime is only part of the story. What’s always been the biggest moneymaker for Gundam hasn’t been the shows themselves, iconic as they are, but the vast world of Gundam Plastic Models. More commonly referred to as Gunpla, these ‘toys’ you build yourself are a culture and a billion-dollar industry all its own. In fact, when the original Mobile Suit Gundam anime was something of a commercial failure at first, getting its episode order cut before the original run ended, the toy sales that came from the original Gunpla series in the early 1980s resurrected the franchise and made it what it is today. Since that time, Gunpla builders have gotten more creative and artistic over the years with the best of them delving into serious customization that leaves us astounded every time we see it. We were lucky enough to get to attend the Gunpla Builders World Cup 2019 World Championship where the world’s best Gunpla Builders, youth and adult creators alike, took our breath away.

The Gunpla Builders World Cup 2019 World Championship wasn’t just a series of incredible displays like the one above. It’s a full-on award show with a considerable amount of fanfare attached. Come to see the most mind-blowing Gunpla Diorama and stay for the Gundam Oscars. Starting off the event was a special talk session with the prolific industrial designer Ken Okuyama, who’s designed for Ferrari, Maserati, and worked on a number of Bullet Trains / Shinkansen in Japan, and EXILE MAKIDAI, an icon whose recently been doing a lot of great work with PKCZ®. Sounds like an odd match-up at first but both were involved with ‘G40’, or the Gundam HG 1/444 Industrial Design Version G40. Ken Okuyama updated the original RX 78-2 Gundam with some subtle but sophisticated changes that really upped the sleek factor.

Not only was that design used in a model kit that was unveiled at the World Championship, but it was animated for two short commercials which are where EXILE MAKIDAI comes in; The CMs featured new songs from two of the younger EXILE TRIBE groups, FANTASTICS and THE RAMPAGE, which MAKIDAI  helped facilitate. He specifically said FANTASTICS was chosen to work on the project because they’re the youngest EXILE TRIBE group, which he thought was a great analog for Amuro Ray. At the time of writing these commercials aren’t online yet but we hope they we be soon, because that Ferrari Gundam looked great in action. 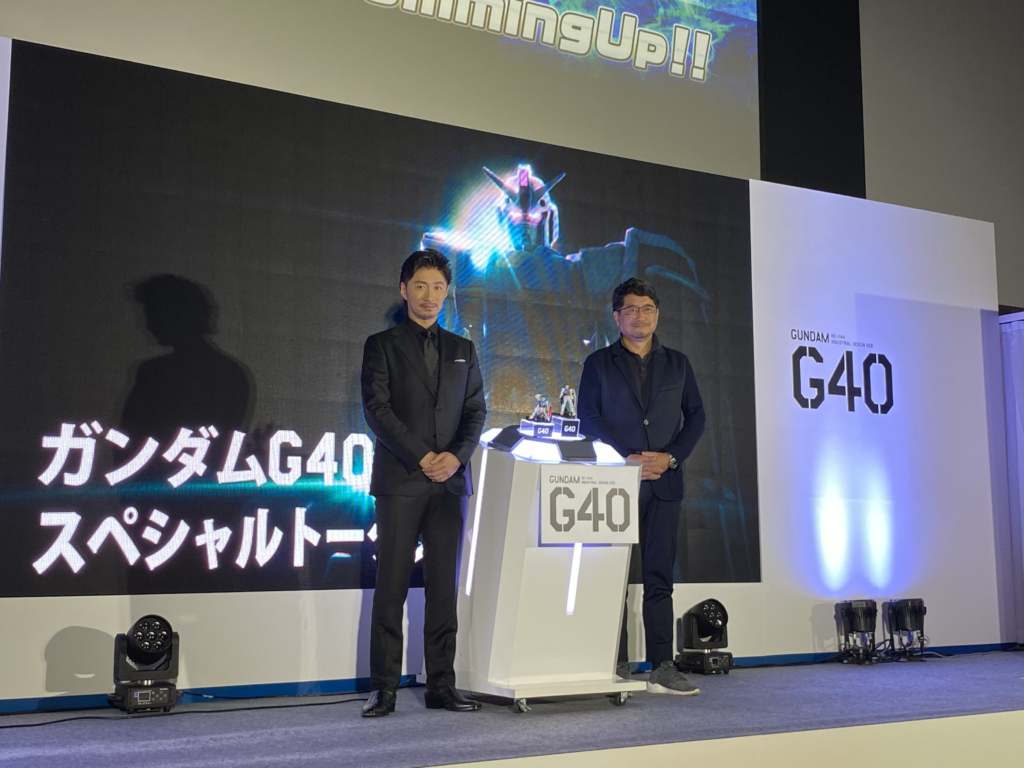 Moving onto the actual Gundam World Builders Cup, I cannot stress enough how moved I was. I didn’t realize until the award show made it clear, half of the Gunpla dioramas that were on display were made by youth. They have a Junior course for contestants who aren’t adults and an open course for older participants. The judges said the open course entries were judged a little more strictly but honestly when looking at many of the displays up and close you wouldn’t be able to tell which were made by 14-year-olds and which were made by 40-year-olds. Not to take anything away from the adult participants who used Gunpla to construct beautiful works of art, but it was downright inspiring that there were teens from all around the world, many less than half my age, that were getting into Mobile Suit Gundam and spending dozens if not hundreds of hours on their creative outlet. Another factor to the Junior course contestants I couldn’t help but notice; Unlike the open course builders which were all men, there were a number of girls among the finalists in the youth competition. Traditionally, a higher percentage of Gunpla builders have been men but its neat to see that starting to shift.

At this level of Gunpla craft and customization, you never know what you’re going to run into. The pieces that made it into the Gunpla Builders World Cup 2019 World Championship, if you couldn’t tell from the photos featured above, didn’t just feature a nice coat of paint. The way these model kits were being built, how they were being customized, the concepts of the full diorama displays made for an entire multifaceted creativity spectrum. I truly didn’t realize just how much could be done with Gunpla. Some Builders, like Myung Junho above with “The Advance of Zeta”, strived to recreate or replicate what could be actual scenes you could see in Gundam anime. Other creators used Gunpla as a base to explore their countries’ culture, with multiple finalist entries creating stunning artistic representations of traditional Asian culture. Of course a few ran on high with originality, creating their own characters and their own scenes that came straight out of their creator’s heads.

The judges seemed to respond the most to creations that fell under that last category. This year’s Gunpla Builders World Cup finals were judged by representatives from Bandai Spirits and Hobby Link Japan who probably are up to their eyeballs in Gunpla daily were probably thirsting for something original. At the very least, originality is what both Junior Cup winner Mun Yan Ting Shermaine and Open Cup winner Zhao Zhujun brought to the competition. Shermaine’s M.Y.T.S Doll Sarah was an extension of herself as, in her own words, the girl warrior that she is. As captivating as a sculpture in the Louvre, Shujun’s dream was equal parts playful and mystifying, eloquent and striking. Just the idea of a Gundam daydreaming while reading a book is endearing but having the Gunpla imagining itself as this noble, decked out machine draped in color and wonder and Zhujun being able to visually articulate this earned it the work the top prize it deserved.

We actually had the chance to do a brief joint interview with Zhujun and Shermaine after the awards show. Both seemed pretty elated, still definitely stunned that they made it to the finals much less winning the whole competition. Zhujun’s 29 years old but he said he’s been working with Gunpla since he was around 7 making him a 20-year veteran. One day, for no particular reason, he decided that if he was going to do Gunpla he was going to do Gunpla right. That mindset eventually brought him to the number one spot. Being much younger, Shermaine said she inherited her interest in Gundam from her father. Relatably, she said she had an interest in Japan and animation and this whole trip was something of a dream for her. Both creators spent around 7 months to create the first-place winning displays, putting in multiple hours a day getting the job done. They both hope to explore different artistic avenues in the future We commend and congratulate them on their accomplishments, and thank them for taking the time for answering our questions! 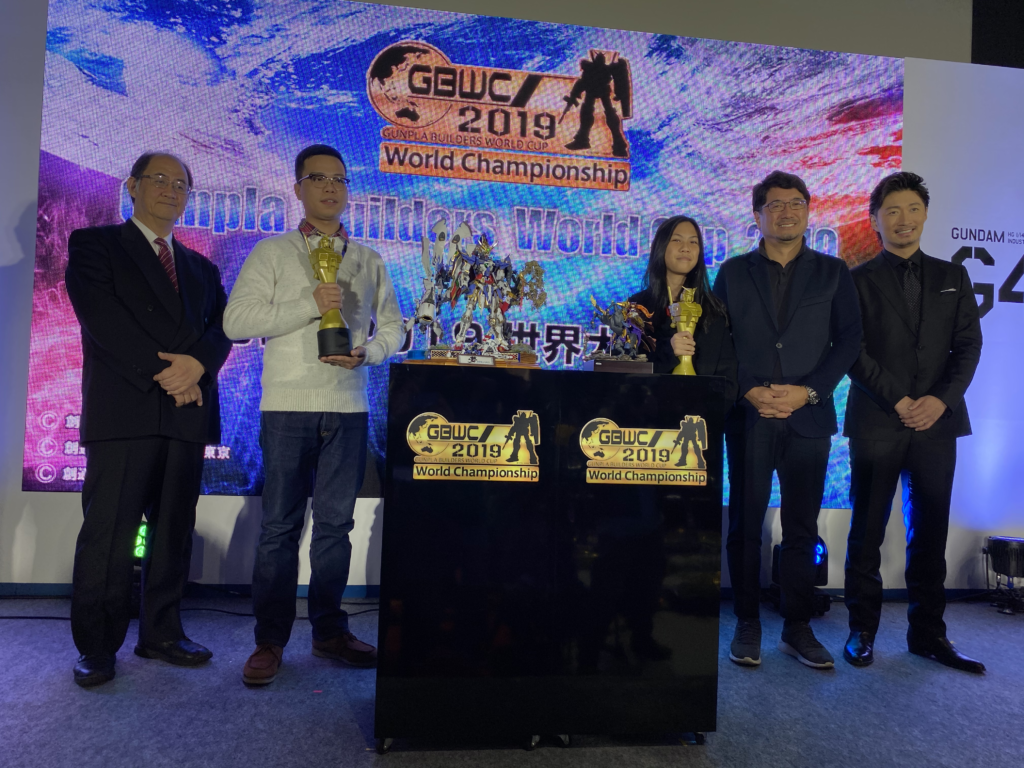 Just look at Mun Yan Ting Shermaine and Zhao Zhujun with their Gundam Oscars. The Gunpla Builders World Cup 2019 World Championship brought in young creators from all over the world and knowing that Gundam and Gunpla culture alive and well with youngins almost brings a tear to my eye. There are still plenty of real ones out there, constantly innovating how they do their thing. I admittedly underestimated just how cool this event would be and recommend swinging by The Gundam Base in Odaiba the next time you’re in Japan to see these displays. They’re genuine works of art that took hundreds of man-hours to create and uniquely exists as a marriage between anime and the creativity and passion it can inspire in its viewers. Mobile Suit Gundam’s 40th year is about to come to an end, but with next year marking the 10th anniversary for the Gunpla Builders World Cup, we’re sure there’s plenty in store for fans and builders alike.