Gunpla has turned into one of the most popular hobbies in Japan, with over 700 million kits being sold since its inception. But after you build your kit, what do you have leftover? A bunch of empty runners. Sure, it feels absolutely fantastic when you complete a runner, but sending all that plastic to the garbage is such a waste. Bandai thinks they have a solution for this with the Gunpla Recycling Project, a new type of chemical recycling for the remaining plastic runners. 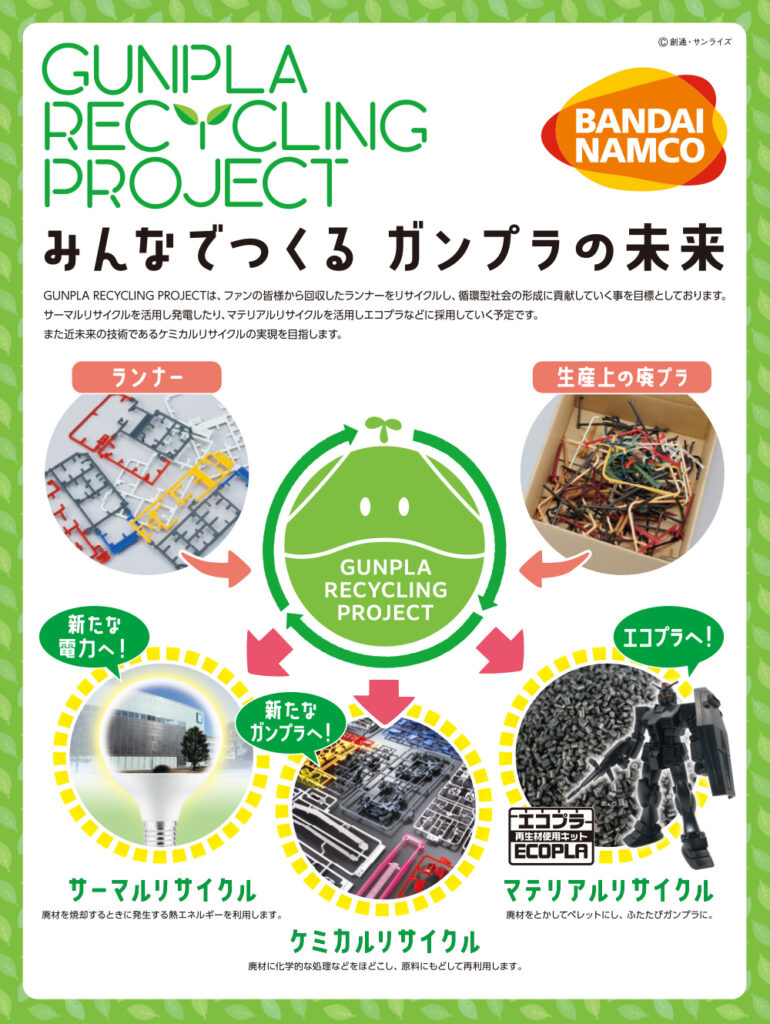 The Gunpla Recycling Project aims to collect the runners that remain after assembling the Gundam Model Kits and recycle them into new plastic model products through chemical recycling, a cutting-edge technology. If the project is successful, it will be the first time in the world to establish a recycling scheme for plastic models through chemical recycling. The recycled plastic will be used in experiments to create new plastic for kits.

Bandai has stated the following about their chemical recycling process:

It is the recycling of used resources after converting their composition through chemical reactions.
In this project, we aim to pyrolyze polystyrene to return it to its raw material, styrene monomer, and utilize it again in plastic products. 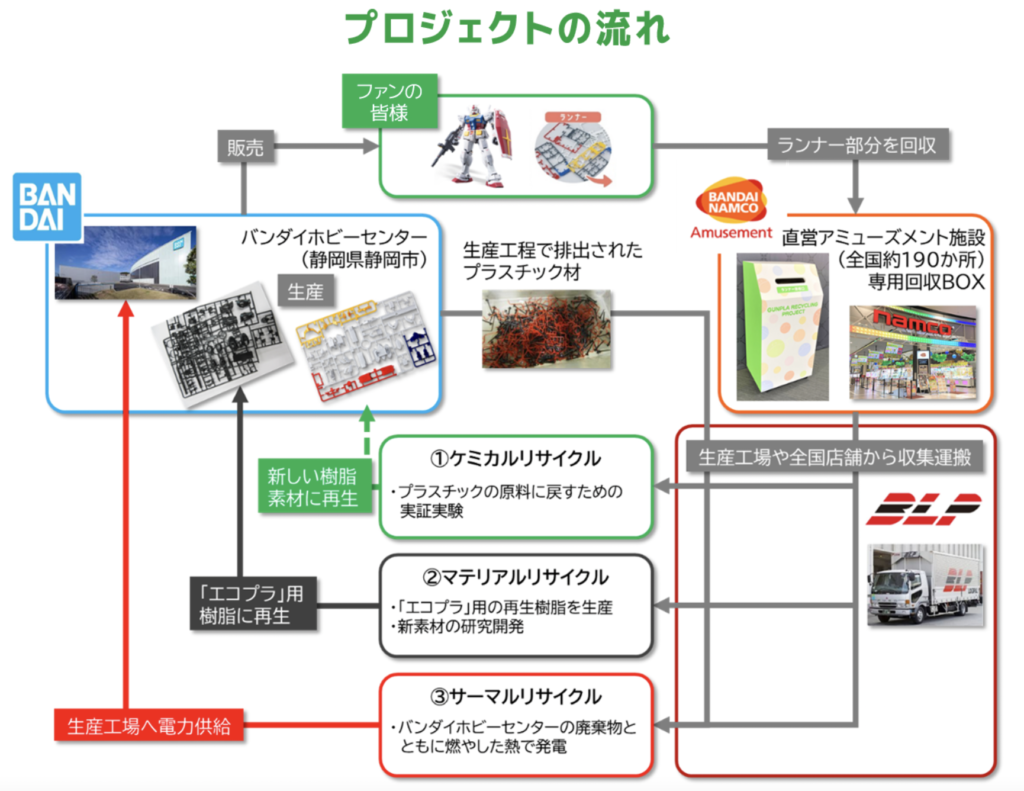 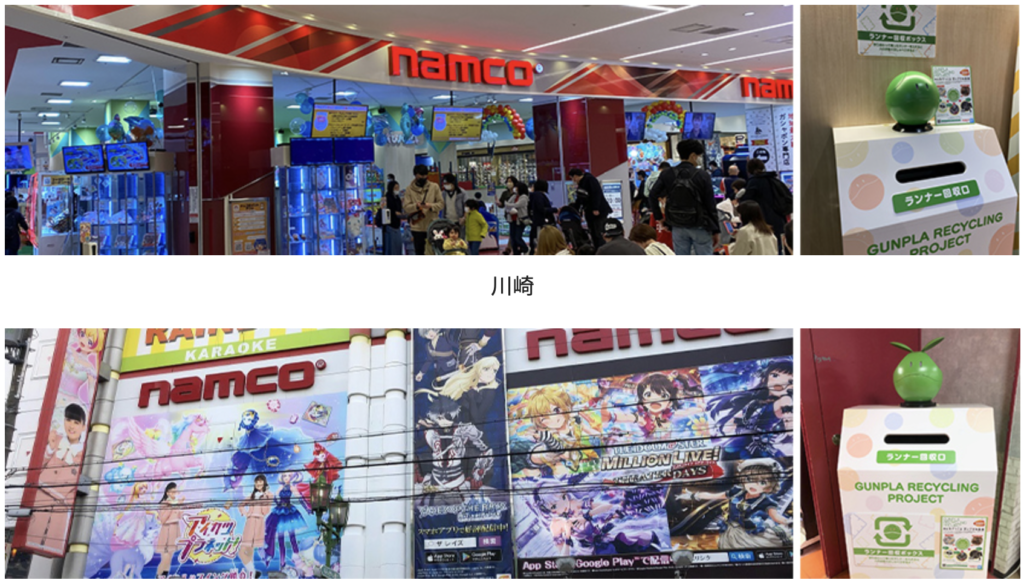 If you’re interested in Gunpla, you should check out our weekly Gunpla building streams on our Twitch channel!