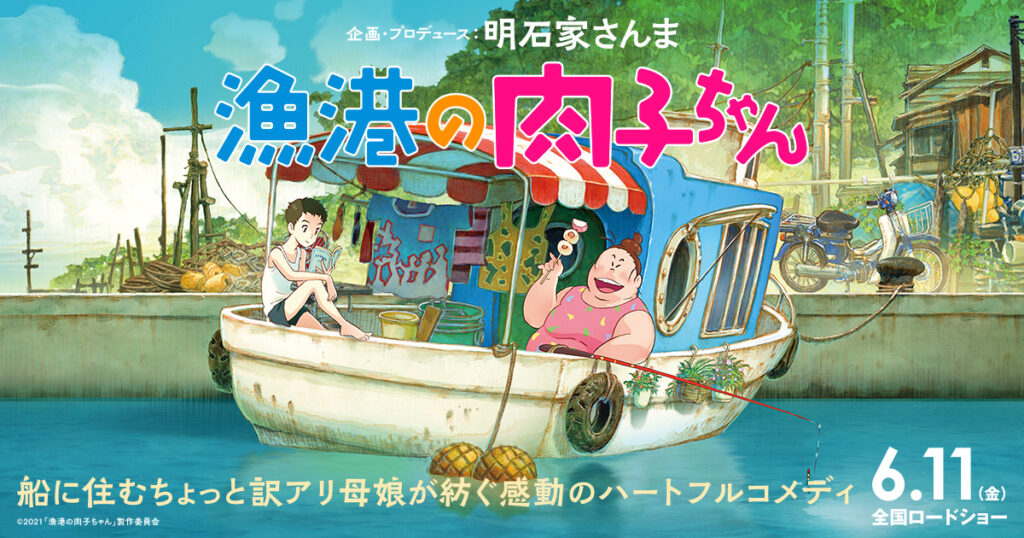 Studio 4℃ shared a full trailer for their upcoming film adaptation of Kanako Nishi’s Nikuko of the Fishing Harbor (Gyoko no Nikuko-Chan). The film, which was announced on January 2021, will be released in Japanese theaters on 11 June 2021.

This first trailer gives us our first sampling of the theme song ‘Image no Uta’ by Kurumi Inagaki, and the ending theme ‘Taketen’ by GReeeeN.

The film is based on the novel of the same title by Kanako Nishi. It is a heartwarming comedy about Nikuko-chan and Kikuko, a mother and daughter with nothing in common who live on a boat at a fishing port. One thing that really stood out to me when watching the trailer was the work that has gone into the project: it features a unique art style and amazing animation! It’s actually mesmerizing. 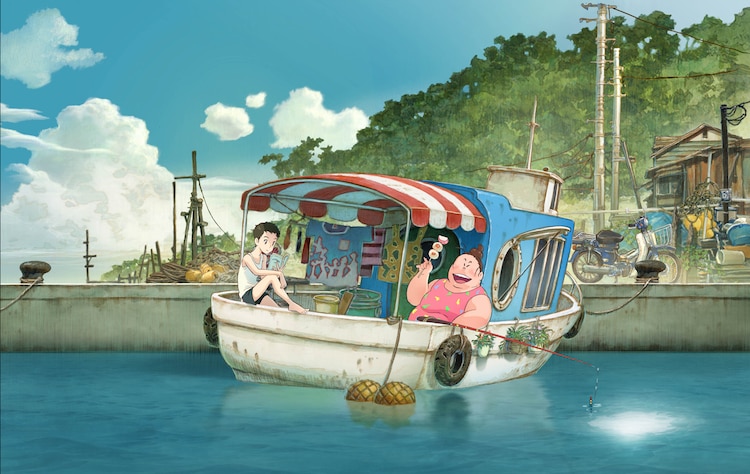 I’m not going to lie, there was a part in the trailer that actually brought a tear to my eye: when Nikuko was trying to cheer up her clearly exhausted mother with a song and dance. It hit home because my four-year-old son does the same thing to give me energy and cheer me up after a long day.

Nikuko of the Fishing Harbor is scheduled to hit Japanese theaters on 11 June 2021.