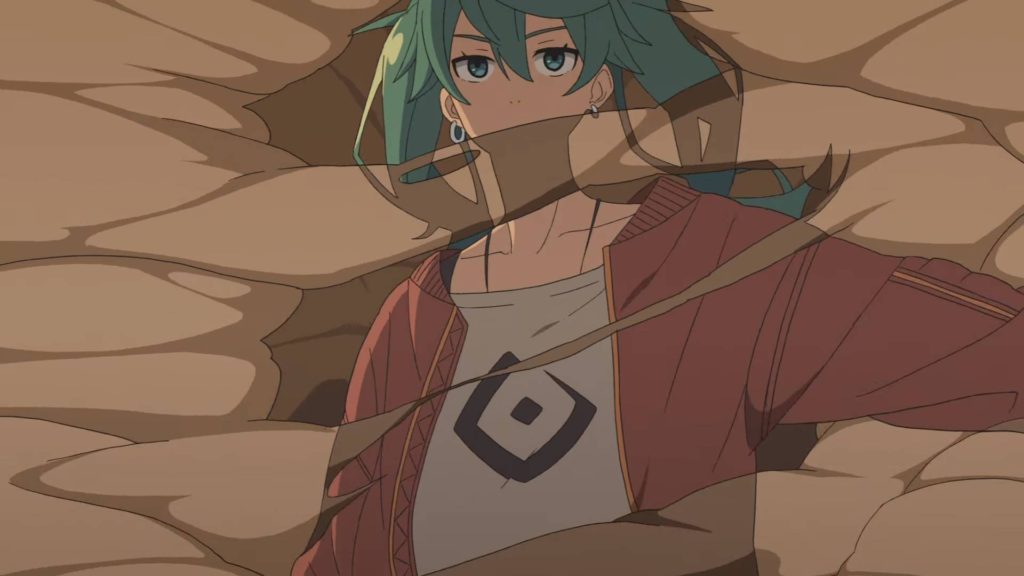 Hatsune Miku has gone full Mad Max in the latest music video from Vocaloid producer Hachi, channeling some major vibes from The Road Warrior himself. Whether it was done on purpose or not, the post-appocolyptic setting for “Planet of Sand” leaves a whole lot of room for your imagination to run wild, and it’s certainly got me excited. Acting as the theme song for Magical Mirai 2017, the annual Hatsune Miku concert thrown within Japan, you may know Hachi for his record breaking Vocaloid tracks such as “Matryoshka”, “Panda Hero” and “WORLD’S END UMBRELLA”.

Outside of his Vocaloid producer status however, you might know Hachi under his real name, Kenshi Yonezu, the very same one behind theme songs such as My Hero Academia’s “Peace Sign”, as well as March Comes in like a Lion’s “orion”. He’s also worked closely with producers such as Yasutaka Nakata, the producer of mega-groups such as Capsule, Kyary Pamyu Pamyu and Perfume.

Featuring a visually stunning music video from Minakata Laboratory, the team previously worked with Hachi on his other music videos, including those featured in the Project Diva series. If we could get a full anime following this style from the team at Minakata Laboratory, I don’t think there’d be a word within the English-language that could describe my excitement. There’s also a very clear reason why this was chosen to be the theme song for such a large-scale event like Magical Mirai, and I can’t help but fawn over it the same way I did my first time listening to “Matryoshka”.

Finding his footing in the world of Vocaloid around May 2009, we’ve seen some of the most recognized Vocaloid songs stem from Hachi’s creative prowess. If you’re interested in checking out more music from him, be sure to check out his official YouTube, here.