Haikyu!! Gets Manuscript Exhibition to Celebrate Conclusion in December 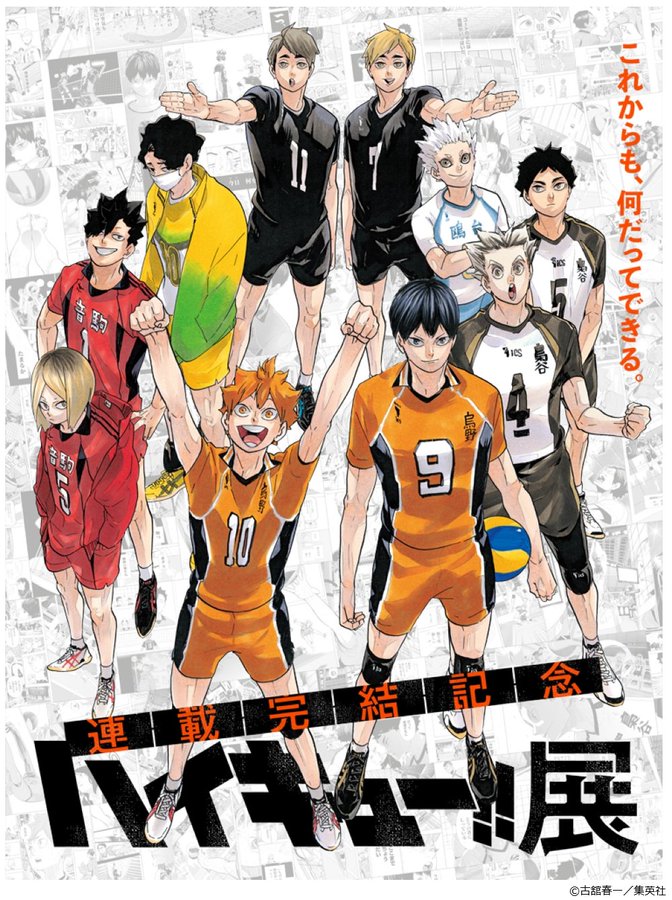 Ever since Haikyu!! ended back in July, fans have been reminiscing on how its many exciting moments have kept them on the edge of their seats. Some have openly discussed how it shaped the foundation of who they are today. Now with the upcoming manga exhibit, fans get to relive some of their favorite moments from the series.

The exhibit will be held at the Shibuya Hikarie Hall in Tokyo, and will feature new fully-colored artwork as well as enlarged manuscripts of original panels from the manga, all to commemorate the beloved sports’ manga eight-year run. Visitors will also receive one of seven specially-designed cards depending on which day they come in. Of course, no exhibit comes without a gift shop, and this one will include pins and badges of the characters faces, mini figures, and even a specially-designed volleyball.

The exhibit is set to run from December 26 through January 27, with a few special preview days on December 24 and December 25, making this the perfect Christmas getaway for diehard Haikyu!! fans. Tickets are on sale now, with each one boasting different designs for different days. However, capacity limitations brought on by Coronavirus have forced the venue to sell tickets on a limited basis.

This is the newest installment of a line of Haikyu!! exhibits, with the previous one in Sendai ending just a few short days ago. And this was after the first one, the Haikyu!! Genga x Takan exhibition, made its way through Sendai back in 2018. There was also the recent “Character Remain On Words” exhibit (a.k.a. C.R.O.W.) held in Ikebukuro earlier this year, which featured famous scenes and quotes from Haikyu’s anime adaptation.

More information regarding the Tokyo exhibit is expected to come out in the upcoming weeks.