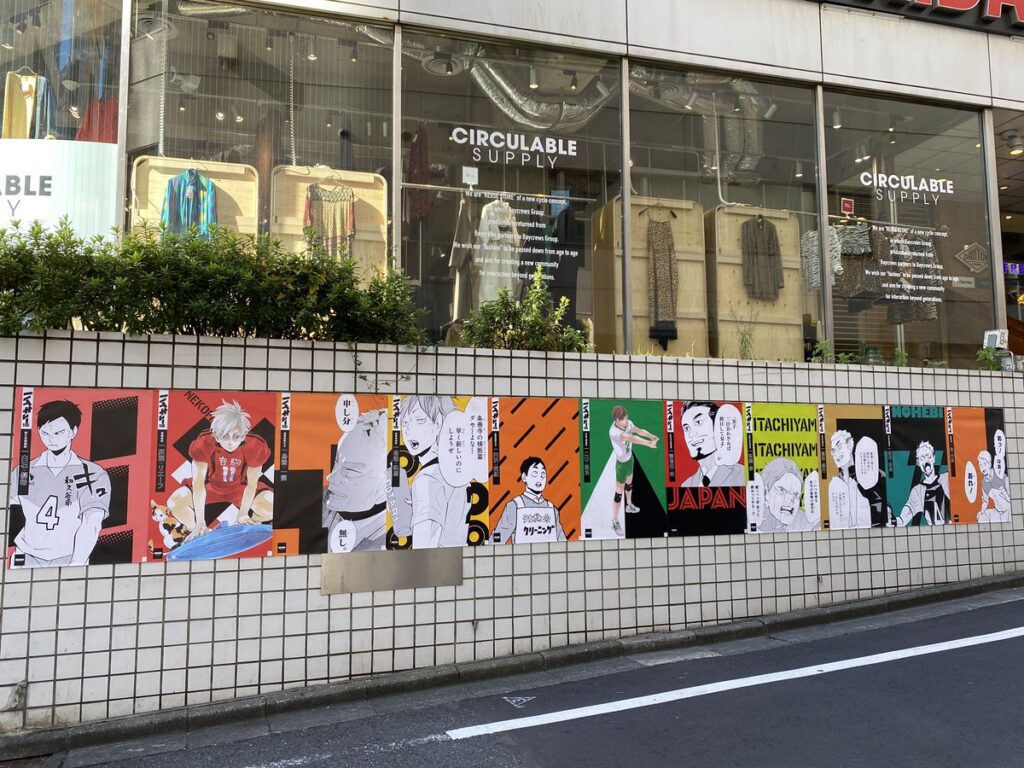 Despite ending in Weekly Shonen Jump back in July, Haruichi Furudate’s Haikyu!! hasn’t slowed down one bit. The second part of the anime’s fourth season is airing right now to rave reception, Furudate’s illustrations are being collected into the series’ first art book, and a manuscript exhibition is opening at the end of this month. With all of this in mind, Haikyu’s Shibuya campaign is a worthy celebration.

Much like other manga that have taken over parts of Shibuya in the past, this Haikyu Shibuya campaign will consist of several posters being dotted around the metropolis. Yet, the number is truly impressive: over 200 characters will be featured, comprising a large section of the series’ expansive cast.

That’s not all, however, as the campaign’s website also promises posters in bookstores and special wallpapers for your smartphone.

As mentioned, this Haikyu Shibuya campaign is supposed to promote the upcoming release of the series’ first art book and the manuscript exhibition, opening at the end of this month. Choosing Shibuya actually makes a lot of sense, in this regard, since the exhibition will take place in Hikarie Hall, but it’s also the natural choice for any company wanting to draw in a lot of eyes: lots of people pass through here, after all.

It’s honestly surprising to see Haikyu!! still going so strong so long after its ending. Usually, series that end in Weekly Shonen Jump are forgotten in a matter of weeks, but Haruichi Furudate’s series is no ordinary series; rather, it has inspired a whole generation of new athletes and introduced thousands, if not millions, of readers to the wonders of volleyball. Something like that doesn’t disappear so quickly.

Photos of Hinata and co. lining the Shibuya streets have already made their way online, so don’t hesitate to check them out using the hashtag #ハイキュー渋谷ジャック. The posters will be on display until 14 January, with more parts set to be unveiled soon. Don’t hesitate to check out the official website for more details.