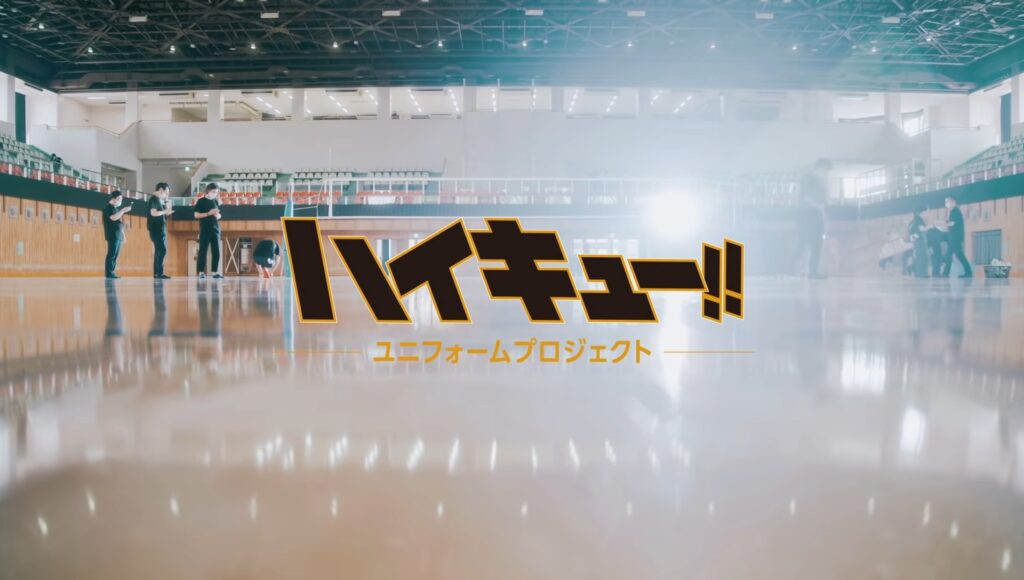 The outbreak of the Coronavirus (COVID-19) has put a great many events on hold, including Japan’s inter high school volleyball tournament. Originally scheduled to take place this month, it was unfortunately cancelled back in April. That must have brought a great deal of disappointment and heartbreak to the young athletes who had been training hard for the event, but Haikyu!! is here to help – the recently-concluded series’ ‘Uniform Project’ acts a celebration of the nation’s fighting spirit and a bold declaration of hope for the future.

Preparations for the Haikyu!! Uniform Project started back in July, when word was sent out to all of the high school volleyball teams across the country to send over some of their jerseys. After collecting a whopping 165 different varieties, the organizers arranged them all on the floor of the Utsunomiya City Gymnasium, which is where the tournament was supposed to take place. 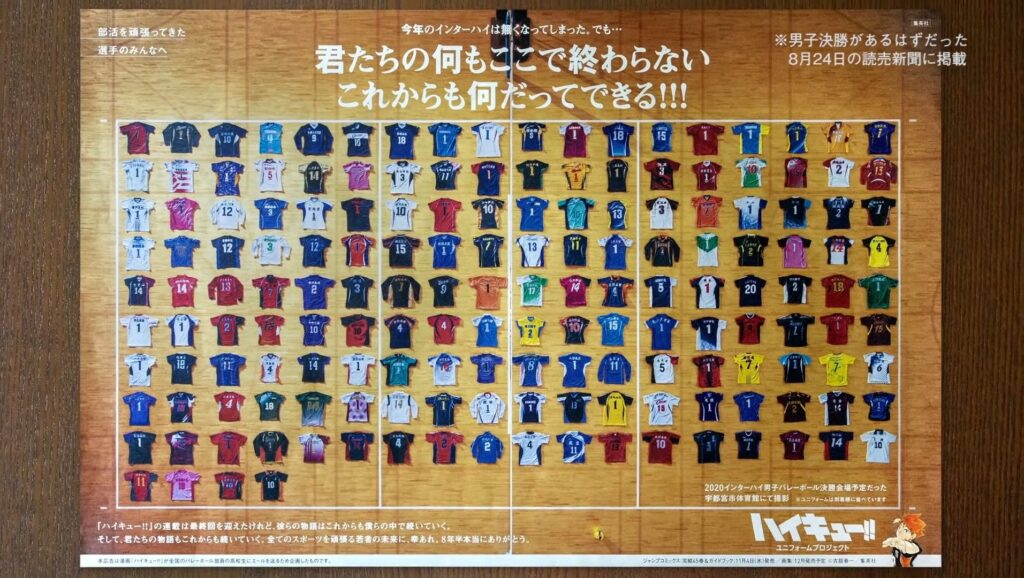 The image of all of the different jerseys was then published as a double-page advertisement in the morning edition of the Yomiuri Shimbun, one of Japan’s most popular newspapers, so that the campaign’s message could reach as many people as possible. The text at the top of the image reads: “There may have been no inter high tournament this year, but nothing ends here – from here on out, you can do anything!”

Haikyu!! creator Haruichi Furudate also penned a special illustration for the project, which reads: “The ‘muscles’ you have gained will not so easily be lost”. This is what makes the Haikyu!! Uniform Project truly ‘Haikyu!!’ – a message of hope and determination that truly evokes the spirit of Weekly Shonen Jump. 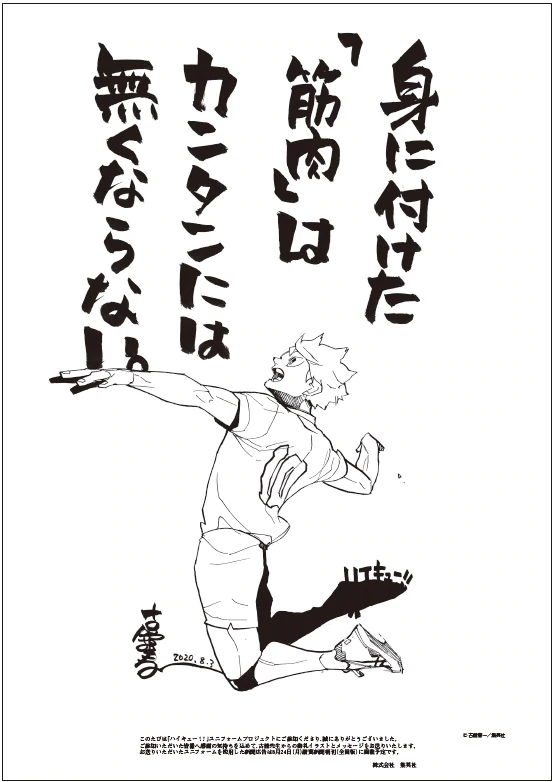 This is not the first time that Furudate’s series has crossed over into the very real world of Japanese volleyball. Just last week, the V League put on a special exhibition match to play out Schweiden Adlers vs. MSBY Black Jackals in real life. Furthermore, several professional volleyball athletes have talked about how they have been influenced by the series, so it is reasonable to suspect that many high school athletes also enjoy it. Here’s hoping that the Haikyu!! Uniform Project raises their spirits just a little bit.