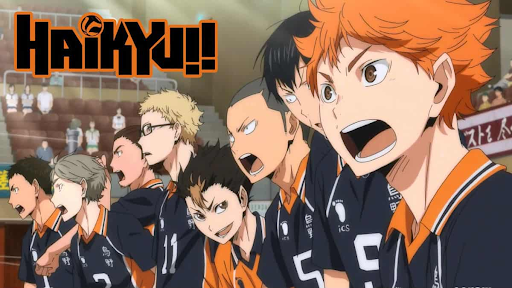 Haikyu is a Relatable Story About a Niche Subject

One of the more powerful aspects of anime and manga is their ability to focus on particular niches and hobbies and expand the minutiae into epic, engaging, and relatable stories. Series like Food Wars or even Initial D take a somewhat niche concept and are able to make it relatable by focusing on the emotional stakes of the characters. It’s the same with the popular anime Hakyu!!

The series focuses on the sport of volleyball, particularly men’s high school volleyball. The boys of the Karasuno High School are looking to win back their reputation as the team to beat in their prefecture, and Haikyu is about their challenges, victories, and failures as they try to achieve their former glory. Like most sports, volleyball has much more going on than one might imagine in terms of positions, moves, and rules, and the show takes the time to explain that to the audience. It doesn’t necessarily do it in a subtle way that fits in with the scene, but it’s helpful to have someone explain what a setter is and what technically counts as a spike.

Team Sports Mean Many Characters to Keep Track Of

The main character of Haikyu is Shoyo Hinata, a plucky first-year student eager to become as good as his idol, a student that goes by the nickname “Little Giant”. Hinata, much like his idol, is small for a volleyball player, which causes a lot of players and even his teammates, initially, to underestimate him. In the beginning he has quite a bit of raw talent and determination, but is very shaky on things like fundamentals. He’s noted for his quick reflexes and his jumping ability, but most of the first season is about honing that into a competitive edge.

Hinata’s rival is his teammate Tobio Kageyama. While they eventually grow to be close friends and a formidable duo on the court, Kageyama is initially reproachful of Hinata’s boundless optimism and rough understanding of the fundamentals of volleyball.

They’re pretty much perfect foils for each other. Hinata is short and good-natured, Kageyama is tall and arrogant. He was given the nickname “The King of the Court” somewhat as a jab; while he knows his fundamentals and is talented, he’s also arrogant and doesn’t work well with his teammates.

In Hinata’s first match against him Kageyama is often berating his teammates for not working as hard as he is and ordering them around. He becomes panicked and furious when he may potentially not be the team’s setter, one of most important and commanding positions on a volleyball team. While he and Hinata eventually learn to work together and even become what some may call “friends” they’re still prone to shouting matches. 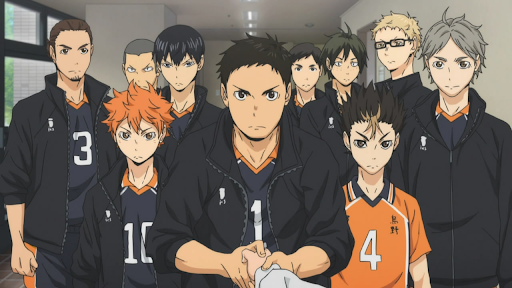 As volleyball is a team sport, and most of the seasons deal with conflicts against various high schools, Haikyu deals with many different characters and personalities that the team members of Karasuno High have to deal with. Fortunately for viewers, each season so far deals with different high schools, so the rotation of characters is somewhat manageable.

Season one covers volumes 1 to 8 of the original manga, and deals with Hinata’s first time playing volleyball with a real team, and that team’s participation in the fall volleyball tournament. This introduces us to the players of Aoba Johsai High School and their cast of characters, such as the cunning yet obnoxious Toru Oikawa. They also play against Nekoma High, with the “scheming captain” Kuroo Tetsuro, and his childhood friend, the introverted Kenma Kozume.

Season 2 brings the teams from season one to a practice camp, and introduces more schools and more characters. This season also sets up the spring tournament and who will advance to represent the prefecture. While there are several high schools that are introduced in this season, the series only really focuses on Fukurodani Academy and Shiratorizawa Academy, who were the winners of the fall tournament.

Season 2 doesn’t conclude the spring tournament, but season 3 does, and since it’s only the finals of that tournament, season 3 has much fewer episodes than season 1 or 2. Season three is essentially the final showdown between Karasuno and Shiratorizawa, thus the subtitle for the series, Karasuno High School vs. Shiratorizawa Academy, in which Hinata and Karasuno are victorious. Season 3 also includes two OVAs, which cover the other high schools that will be going to the national tournament along with Karasuno High.

Season 4 of Haikyu is a split-release. Half of Haikyu: To the Top!! was released April of 2020, with the second half scheduled for July 2020. This season covers Karasuno’s preparation for and time during the National tournament. The first half ends as the match between Karasuno and the popular Inarizaki High begins to heat up.

The popularity of Haikyu seems to be a reflection of the success of the writers making the show relatable for those that have never played competitive volleyball or even any competitive sports. While so many of the terms and strategies get thrown around it still manages to be relatable through the characters’ determination to succeed and overcome the obstacles they’re faced with.