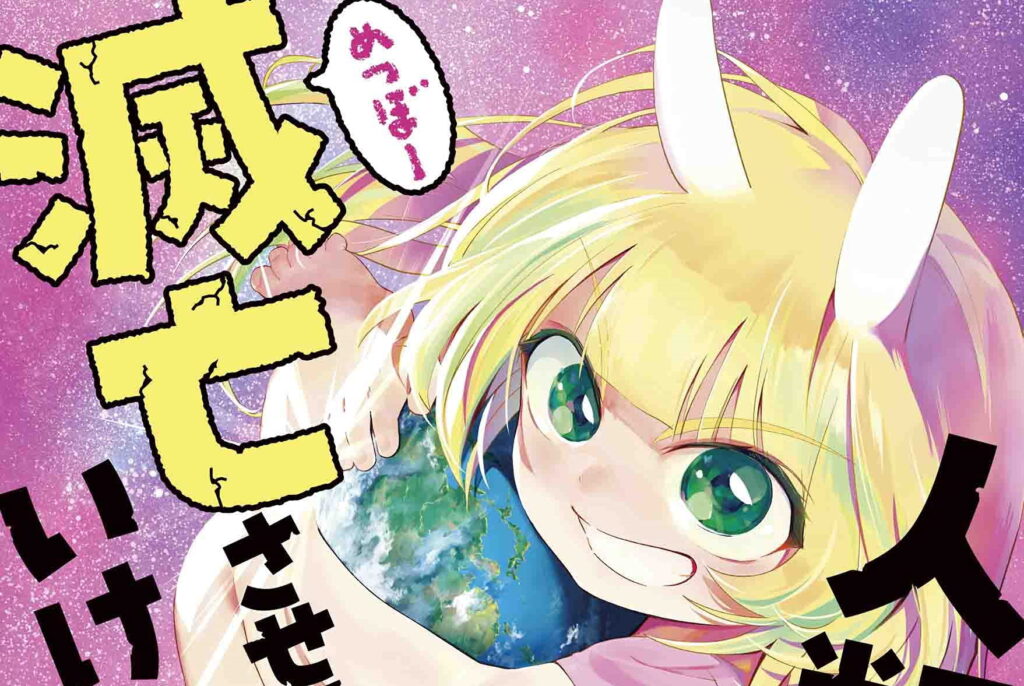 What was it like to be Hajime Isayama’s assistant, back when he was knee deep in Attack on Titan? Such is the question that is inevitably posed as we examine this interview between Hajime Isayama, Yuuji Kaba, and Kyuu Takahata; the latter two were once his assistants.

Conducted by Comic Natalie, the purpose of this interview was ostensibly to promote the second volume of Yuuji Kaba and Kyuu Takahata’s new series, Jinrui wo Matsubou sasete wa Ikemasen. Roughly translated as I Mustn’t Destroy Humanity and penned as a writer-artist duo (Kaba on art, Takahata on story), it follows 26-year-old salaryman Kawakita Osamu who encounters an infant alien called Lilin on his way back from work. She and her species plan on invading the Earth and making it their own in five years, but Osamu wants to raise her to be a kind-hearted child.

The manga is published by Hakusensha and currently serialized in the pages of Young Animal, with Isayama providing glowing words of recommendation to go as a comment on the second volume’s wraparound obi. Among other things, he complimented the series’ ability to elevate the everyday, generally describing it as ‘awesome.’ Undoubtedly, this was because Kyuu Takahata and Yuuji Kaba once worked for Hajime Isayama as assistants on Attack on Titan.

This kind of patronage is not at all uncommon in the manga industry: both Yuji Kaku and Tatsuki Fujimoto did it for Yukinobu Tatsu and Dandadan, as well as Kohei Horikoshi for Hirofumi Neda and Isekai Imouto. Yet, what is interesting about this interview between Hajime Isayama, Kyuu Takahata, and Yuuji Kaba is that we get a real sense of what it was like to work behind the scenes on one of the series that defined the 2010s.

First of all, it’s important to establish a timeline for Yuuji Kaba and Kyuu Takahata’s tenures as assistants to Hajime Isayama. In the interview, Kaba says that he started working for Isayama ‘six years ago,’ while Takahata only spent about ‘half a year’ there during Attack on Titan’s final arc. Takahata was also more of a ‘helper’ than an actual assistant, although Isayama insists that his work was invaluable. As a result, Kaba has a lot more experience of what it was like to be a member of ‘Team Isayama.’

On the whole, though, the picture is positive. In the interview, Kaba talks about how much care and attention Isayama paid to his assistants, inviting them to eat out and even going on holidays together. In a word, the author is described as ‘humble,’ which is definitely the impression you get when reading other interviews with him. 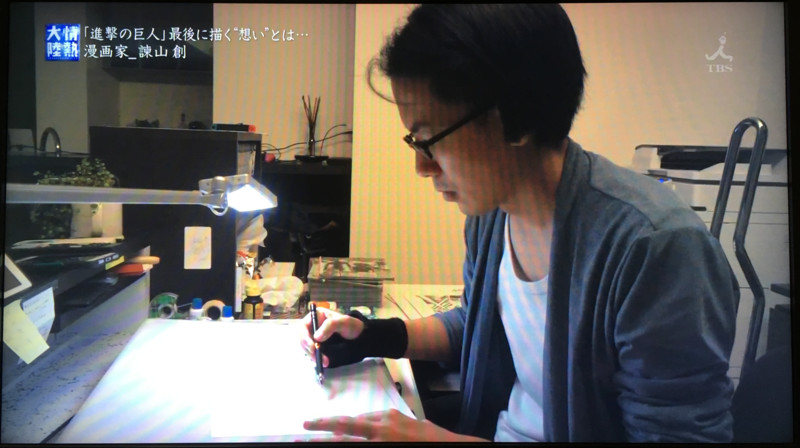 That being said, if Isayama had one fault, it was leaving things until the end. In the interview, he readily admitted that he would often do ‘ten or twelve pages’ on the very last day before the deadline, which put a lot of pressure on his assistants. Furthermore, he didn’t have much experience as an artist when starting the series, so he felt like he was learning from his assistants just as much as they were working for him!

Still, this conditioned in Isayama a strong sense of appreciation, since he ‘couldn’t think’ of himself being anywhere close to the level of ‘Sensei.’ Both Kaba and Takahata attest in the interview to just how rewarding it was to work under his wing: he would always praise their work, with ‘Ii su ne (That’s good)’ being the sign that they had pleased him.

Considering just how much pressure Hajime Isayama was under to stick to a monthly schedule and deliver a satisfactory story to tens of millions of fans all around the world, it’s almost a surprise that he treated his assistants so well. If anything, that speaks to the strength of his character, no matter what you think of his work.

You can check out I Mustn’t Destroy Humanity via Hakusensha.