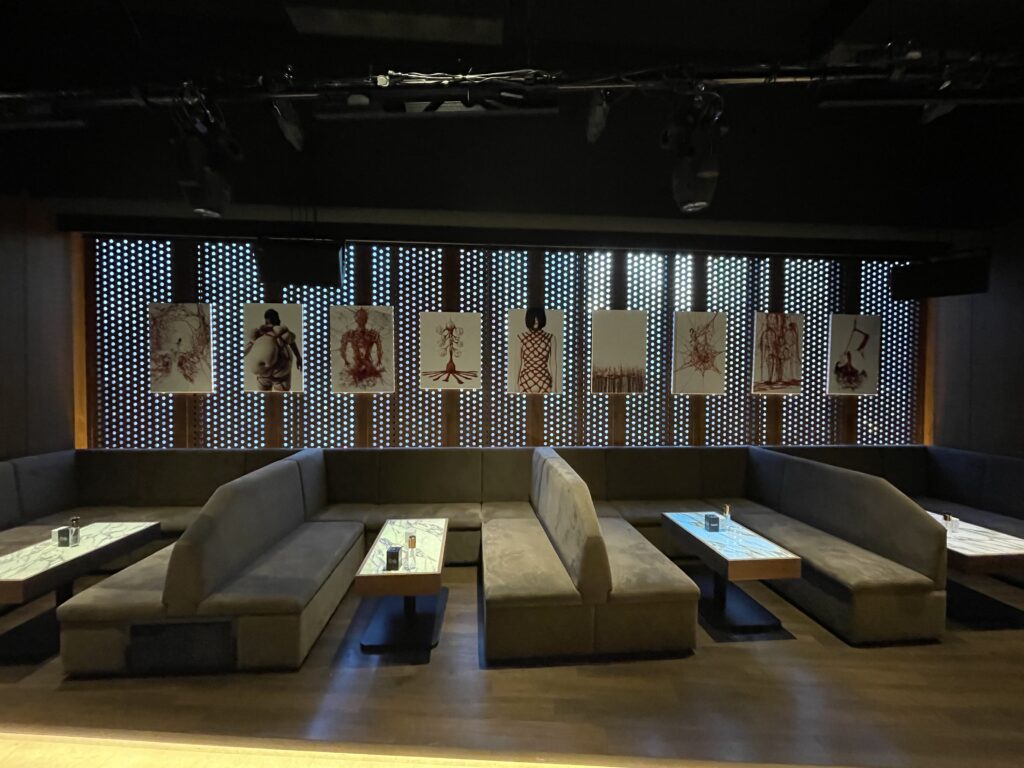 Shibari art involves creating intricate and beautiful patterns with rope, often in the practice of binding a subject of some sort. While there exists an erotic undertone to shibari, its unique beauty has allowed it to step outside of the frame of any sexual connotation in the minds of many, and is appreciated by people worldwide. Hajime Kinoko is one of the world’s foremost shibari masters and has created countless pieces, utilizing everything from objects found in nature, like rocks and trees, to live subjects. He’s so recognized among enthusiasts that he has given workshops on the practice in major cities all over the world.

As part of the ongoing OR x TWELVE ARTISTS x OTAQUEST+DA.YO.NE series taking place in Shibuya, Hajime Kinoko has participated with a curated selection of his works placed throughout the Miyashita Park OR gallery space during the month of February. Since travel is difficult during this time, we wanted to give international fans and art enthusiasts a chance to see what’s on display in this series of photos of the gallery space, highlighting some of the works in the process!

curated by YASUMASA YONEHARA and +DA.YO.NE.

On the first floor of the gallery, you’ll find a selection of works by Kinoko that utilize an array of mediums from rocks, photographs, and ropes alone. 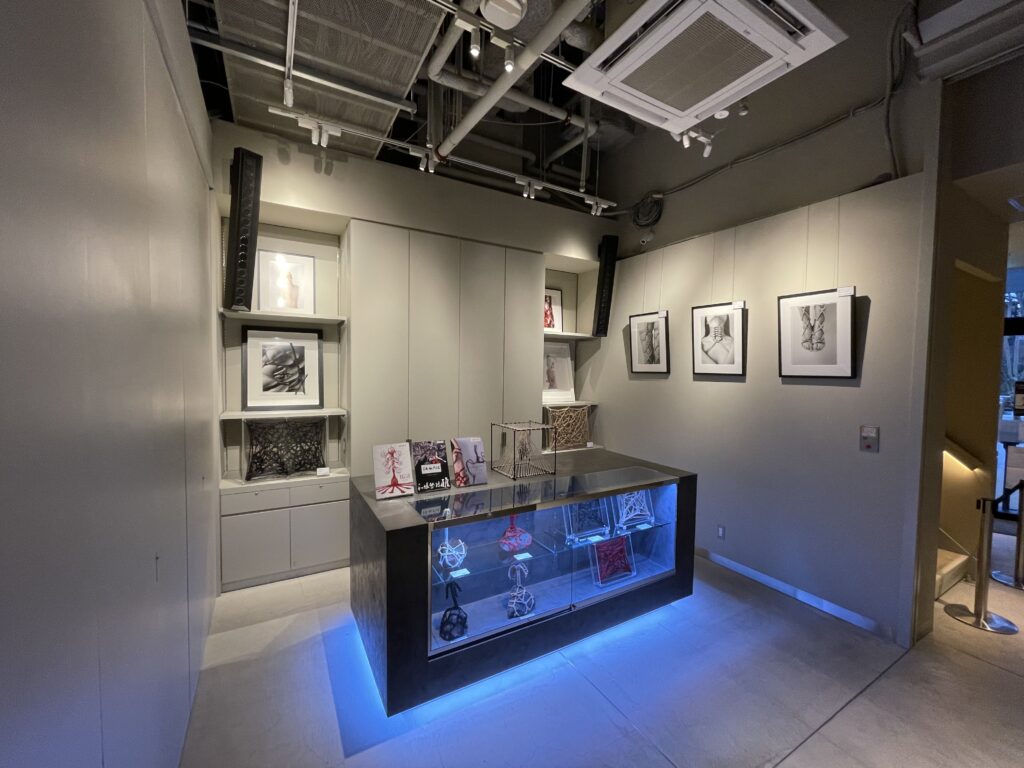 The photographs feature a variety of his examples of work with live subjects, making use of the human form as a canvas for the lines and knots that make up his work.

A glass case houses various pieces made with rocks as the centerpiece, showcasing his use of nature as a base for the ropework.

Several standalone rope pieces are on display in their own isolated cases, with intricate three-dimensional patterns that look amazing in photos but truly need to be seen in person to fully appreciate.

OTAQUEST mascot Ura-Chan even becomes a canvas with a special piece made specifically for the exhibition! 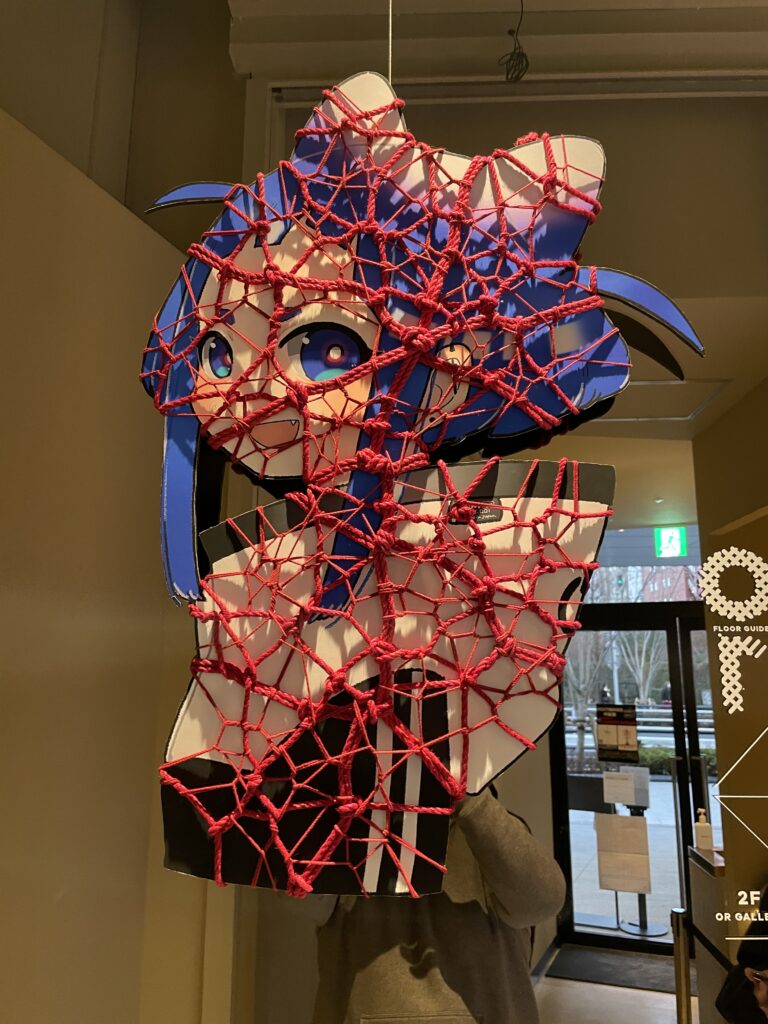 Moving up to the 3rd floor of OR, many more photo works are on display. This floor also plays host to a bar and club, and the curated photos fit the atmosphere perfectly.

The first range of photos you can see on the main floor feature models of all shapes and sizes playing canvas to the rope. The patterns on display in these pieces show not only the level of intricacy and skill in Kinoko’s work, but the diversity of rope as a medium.

Capping off the display is an example of Hajime Kinoko’s use of light and rope to create a unique visual experience, one that takes up the entire 3rd-floor showcase window and can be seen from the street below.

This isn’t the full extent of the gallery, as Hajime Kinoko will also be conducting a live performance on 14 February, making for a one-of-a-kind experience that anyone who is in the Tokyo area can attend. In addition, we also have an interview with Mr. Kinoko coming soon to the site, so keep an eye out for that!

To see more of Hajime Kinoko’s work and to learn more about him and his process, you can find him on Twitter and Instagram, or visit his official website.