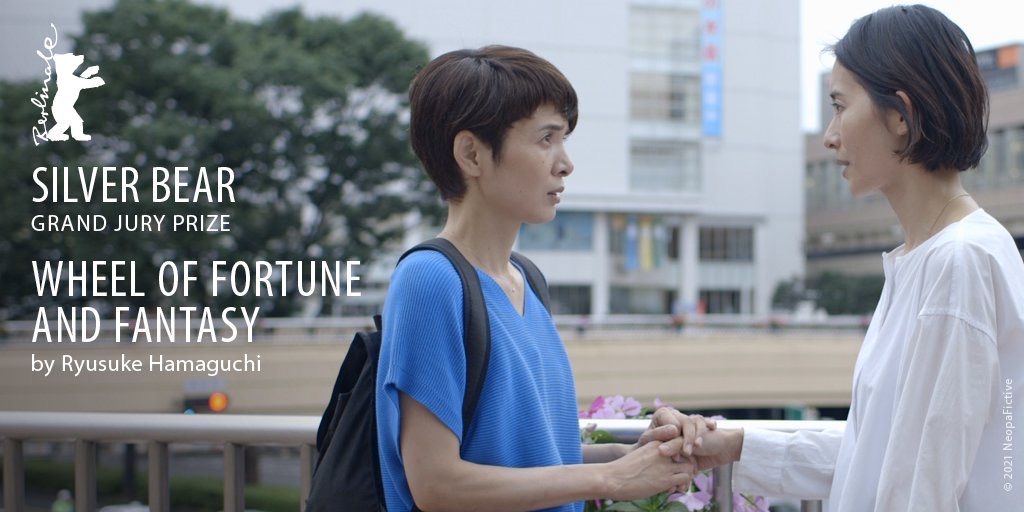 As Berlin Film Festival 2021 comes to a close, the awards for the best films of the festival have been announced, with Ryusuke Hamaguchi’s newest movie Wheel of Fortune and Fantasy scooping up the second-biggest prize of the event with the Silver Bear Grand Jury Prize.

Ryusuke Hamaguchi is one of the most well-respected Japanese directors outside of their home country, with numerous screenings of their previous films at some of the biggest film festivals in the world, including their 5-hour drama Happy Hour. Their latest film, Wheel of Fortune and Fantasy, was one of several Japanese films set to be screened at the industry-only Berlin Film Festival 2021, while also competing for awards at the event. And the film won.

The overall grand prize of the Golden Bear for Best Film went to Bad Luck Banging or Loony Porn by Radu Jude, a Romanian satire centered on a teacher who gets caught on an online viral sex tape involving two people having sex wearing masks. The second-placed prize for the Berlin Film Festival 2021, the Silver Bear for Best Film, went to the anthology film Wheel of Fortune and Fantasy from Ryusuke Hamaguchi. This new film is made up of three short stories that each share a theme of coincidence and imagination, sharing a look at the unexpectedness of the world and human connection.

Between both of these winners, and other prize winners at the festival, movies that reflected the current uncertainty surrounding COVID-19 were the movies which performed best. While Wheel of Fortune and Fantasy doesn’t tackle it directly, the themes of the movie do abstractly represent the unexpected meetings that are no longer possible in a world trapped indoors, which is perhaps why it attracted the jury as much as it did. Though knowing Ryusuke Hamaguchi’s quality of work, the film can stand on its own without this link.

You can see the full list of International Jury winners and Encounters Jury winners over on the Berlin Film Festival 2021 website.