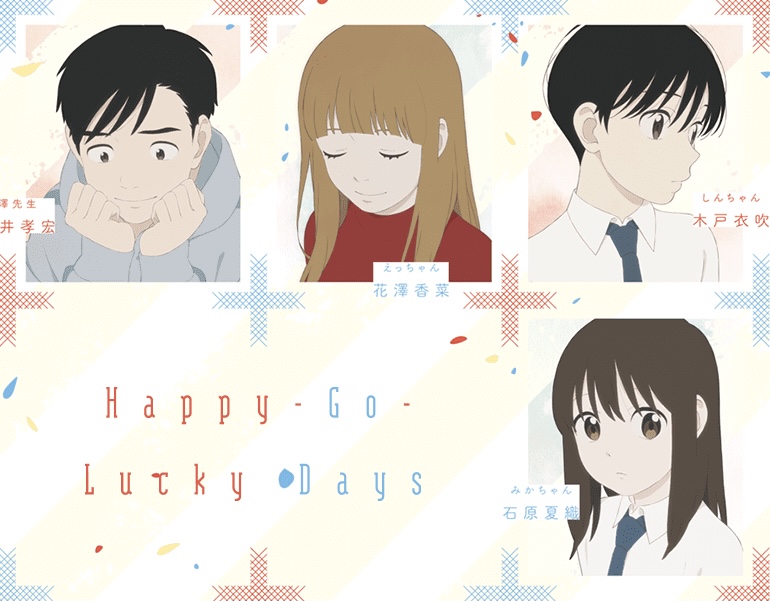 Subtle guitars, washed-out watercolor backgrounds, ambient city soundscapes. The opening to Happy-Go-Lucky Days is a toned-down affair that’s both characterless and featureless, and it creates a strange introduction for a strange adaptation of Shimura Takako’s early-2000s omnibus manga. The stories of romance being told in this short 45-minute OVA are intimate, personal and sexual, so why introduce it like this?

Despite lacking any distinct person or place, this intro sets out the intent that Shimura Takako held when creating the original manga. With this omnibus manga, Shimura Takako sought to explore the random individual, plucked out of the crowd, and their encounters with relationships that were both relatable yet unique to that person. This intro is the anime’s attempt to put you into the frame of mind you would enter when picking up the original manga, while also making clear the fleeting nature of these interactions. Just as you may only pass someone for a second, these are only snapshots of someone’s life.

Unfortunately, while it may fit the manga’s thesis statement, it doesn’t quite achieve work for this movie. Like much of this production, it doesn’t mesh with the rest of the content on offer, creating a messy affair that loses its intent and focus in the process. 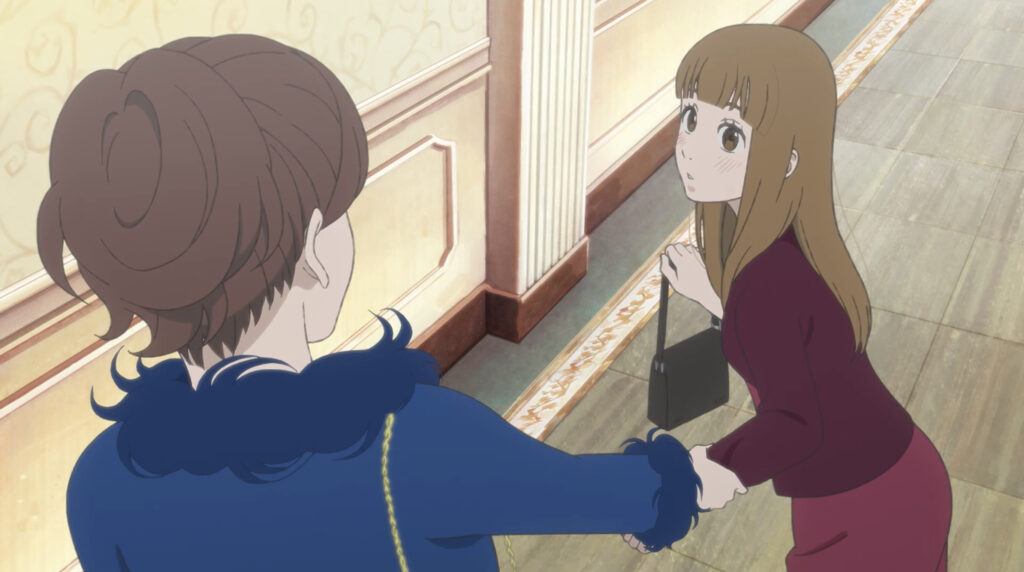 Receiving a world premiere through the Asian Pop-Up Cinema Festival, Happy-Go-Lucky Days moves the viewer between 4 snapshots of romance, each varied in both age and sexuality. The first tale is one between two women who shared a mutual crush on their friend growing up and both meet and fall in love at that friend’s wedding. The second tale is about a newcomer teacher who is confessed to by their high school student at graduation in their all-male school. The final two stories each follow two childhood friends at different ages, Shin-chan and Mika-chan, as they learn about sex and enter puberty, fueled by Shin-chan‘s college-age cousin’s porn career.

With an omnibus manga such as the source material for Happy-Go-Lucky Days, you’re most likely to approach reading the series from a more episodic basis. If you encountered the series during publishing, you’d have little choice but to read the stories one at a time and allow them to linger, while even an owner of the finished manga would approach the stories in short bursts. This mindset is completely opposed to a movie like this. Even if it’s structured episodically, you’re not going to stop watching a movie partway to come back later. 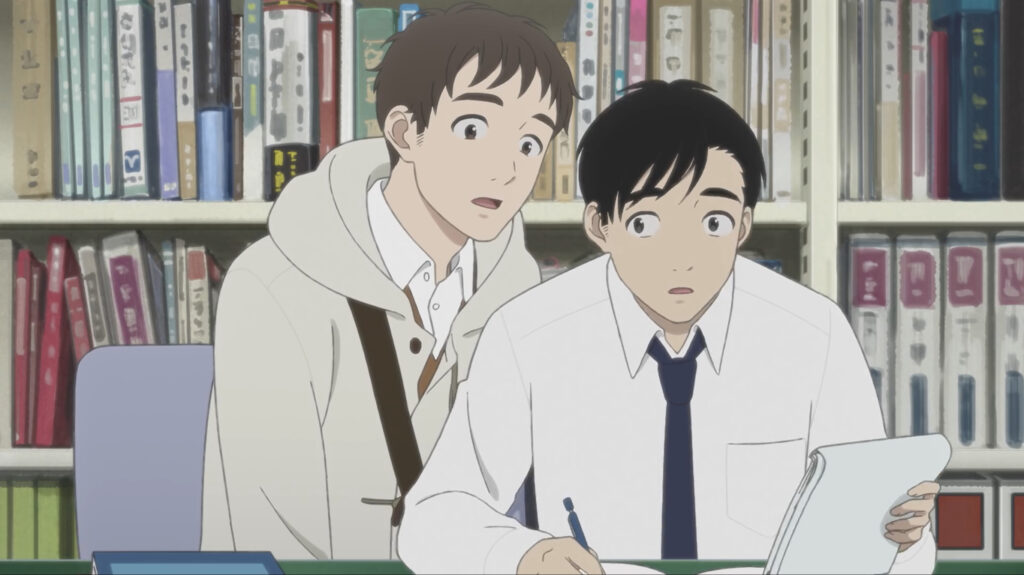 There’s an expectation with anime that you be given time to come accustomed to characters that simply don’t exist here. We’re jerked suddenly between 3 massively different sets of characters and environments with no overlap between them, with endings to stories feeling unnatural. After 10 minutes invested in the sexual affairs of Ecchan and Aya-san after Yuki’s wedding, two adults mutually enjoying each other’s company and bodies, we’re shifted suddenly away from it into a school setting and a boy’s realization he is gay through a confession to a teacher. It feels unfocused.

There’s another issue too. Shimura Takako’s more muted drawing style, found across all her work, is prevalent in the omnibus manga. Backgrounds will be half-finished or non-existent as they aren’t necessary, with characters and connections being much more important in her stories than how a school or train looks. It also has the advantage of giving the reader a space within the page to rest and let the emotions of these characters flourish. By keeping backgrounds clear of distractions, you become involved with the character on their journey of self-discovery, which is lost here. 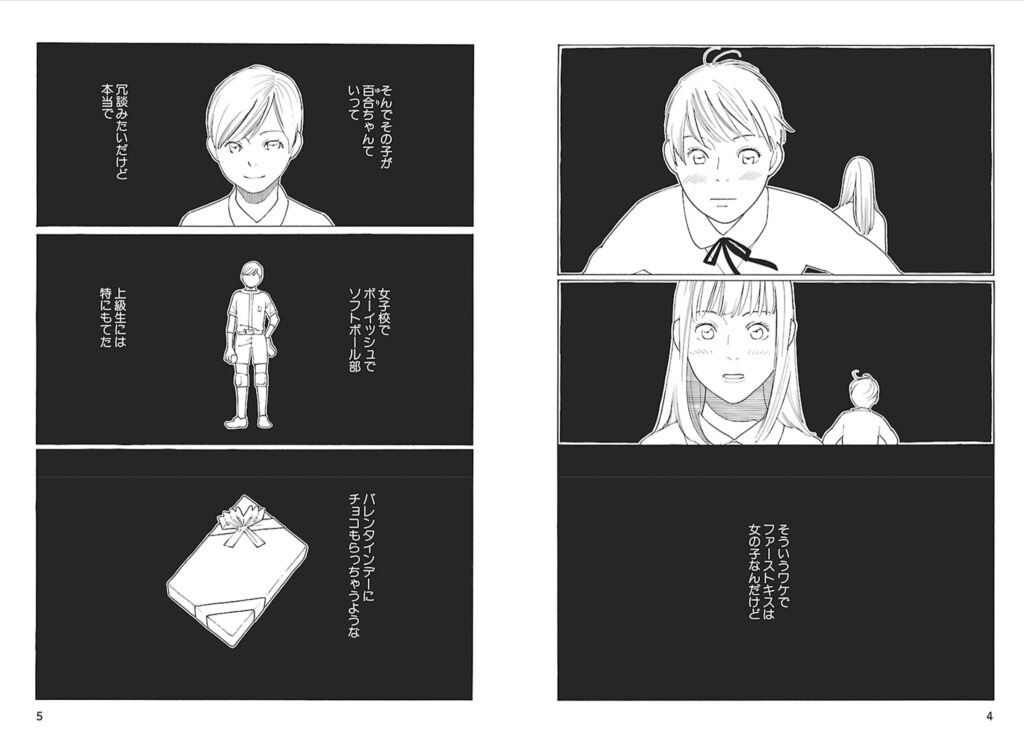 If it feels like this review of Happy-Go-Lucky Days is focusing heavily on the problems of adaptation, it’s because that’s where most of the issues with this film reside in. The strengths of the manga are lost in this format, either due to overall film structure or decisions made in the adaptation process.

There’s too much going on to allow the confusing thoughts of Shin-chan and Mika-chan as they enter puberty and become sexually intimate the space to breathe and flourish, and that has two stories at different ages to explore it. Other stories in the movie take up half that space and, in turn, face double the issues. 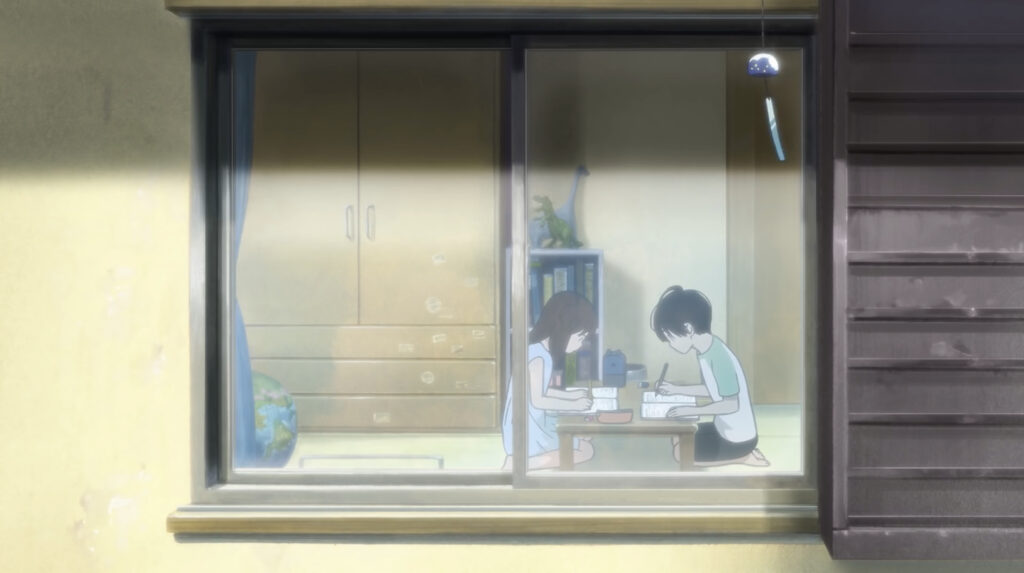 The original manga sought to explore questions about what sexuality and romance meant to different people by sharing multiple examples that expose it in the same unrefined yet emotionally resonant way many experience their first love and first kiss. It did this using an omnibus format and visual style that only really worked on the page at the end of Shimura Takako’s pen. As a film, Happy-Go-Lucky Days loses the format and style that made it a successful, engaging exploration of sex and sexuality, leaving a disjointed, confusing film in its wake.

Happy-Go-Lucky Days is streaming until September 19th in the US as part of the Asian Pop-Up Cinema Festival.