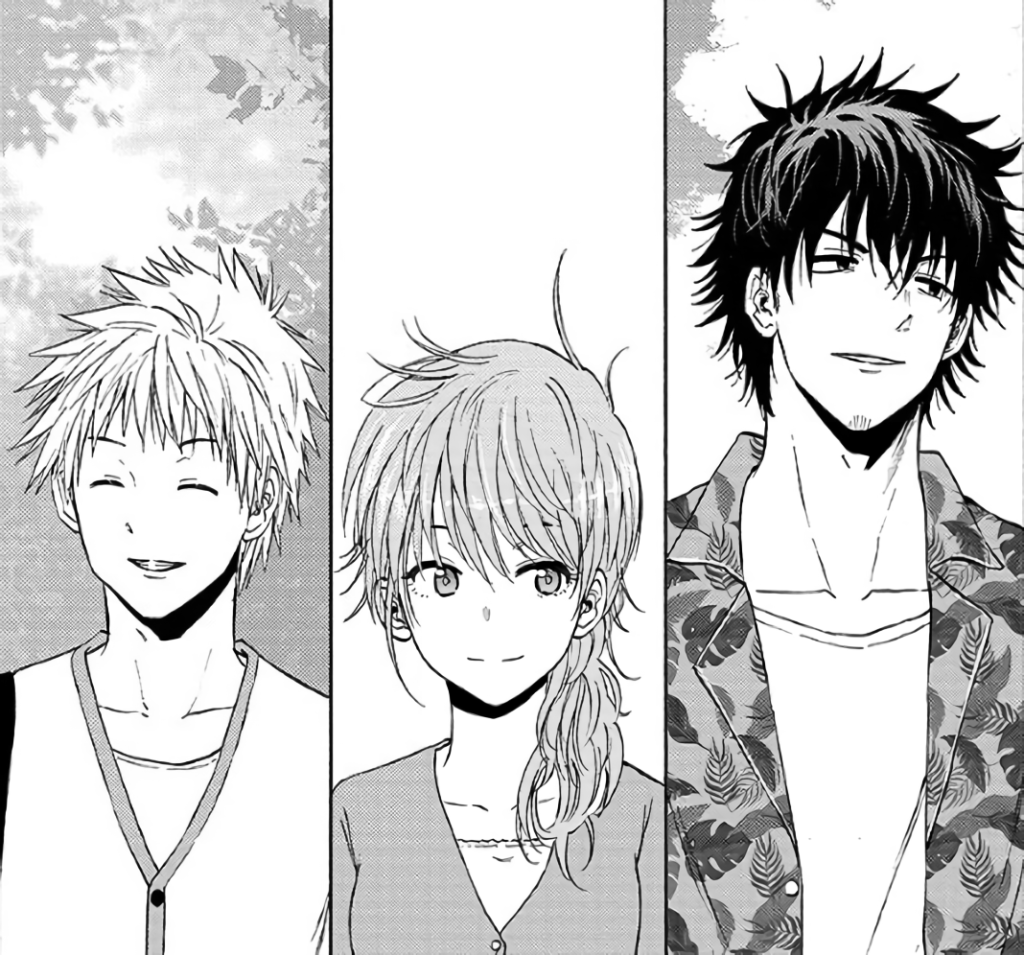 The beginning of a new week can only mean one thing: time for new Weekly Shonen Jump! This is where Jacob investigates the latest and greatest in the magazine, telling you what’s worth your time and what’s not. You can find coverage of other series under the tag Jump Time. Here’s Hard-Boiled Cop and Dolphin chapter 37.

Some fairly big plot bombshells are being dropped in Hard-Boiled Cop and Dolphin chapter 37, although you might not know about it: not only are we learning about Orpheus’ past, but also how Chako came to be. This could be a sign that the series is either building for bigger and better things, or that threads are being tied up ahead of an imminent ending. Either way, not many people are reading anymore, so it hardly matters.

Last week, one of the Ocean Cult’s most prominent members, Murofushi, revealed that he had some sort of relation in the past with Orpheus, whose real name is apparently Haebaru. In Hard-Boiled Cop and Dolphin chapter 37, we learn what this is: the two were originally sent to infiltrate a newly founded ocean cult, but things quickly went awry. There, they also met Chako’s mother, Yae Kushinada.

Aside from delivering some crucial plot details and answers to such questions as who is Orpheus and where did Chako come from, Hard-Boiled Cop and Dolphin chapter 37 is an entertaining story in and of itself. It’s thrilling to watch how Murofushi and Haebaru manage to infiltrate the cult and worm their way to the top, eventually meeting its leader. Unfortunately, they decide to bail on the operation far too late, inadvertently revealing their hand and riling up suspicion. The chapter ends with the guru saying, ‘They’ll fight each other to the death for us.’

It seems likely that we’ll learn next week just how Orpheus (or Haebaru) was transformed into a dolphin, especially given the hint at the beginning of the chapter. Revealing so much only 37 chapters in, however, has me worried: will Hard-Boiled Cop and Dolphin be able to keep up the momentum afterwards? Is this even Ryuuhei Tamura’s intention? The series isn’t selling terribly, but that might not be enough for the Jump editorial team.

Moreover, I don’t think that anyone really cares. The latest chapter only has nine comments on the Shonen Jump website, with most of them talking about whether the series is going to get axed. Like it or not, Hard-Boiled Cop and Dolphin exists… the question is for how much longer.

You can read Hard-Boiled Cop and Dolphin chapter 37 for free via VIZ Media.