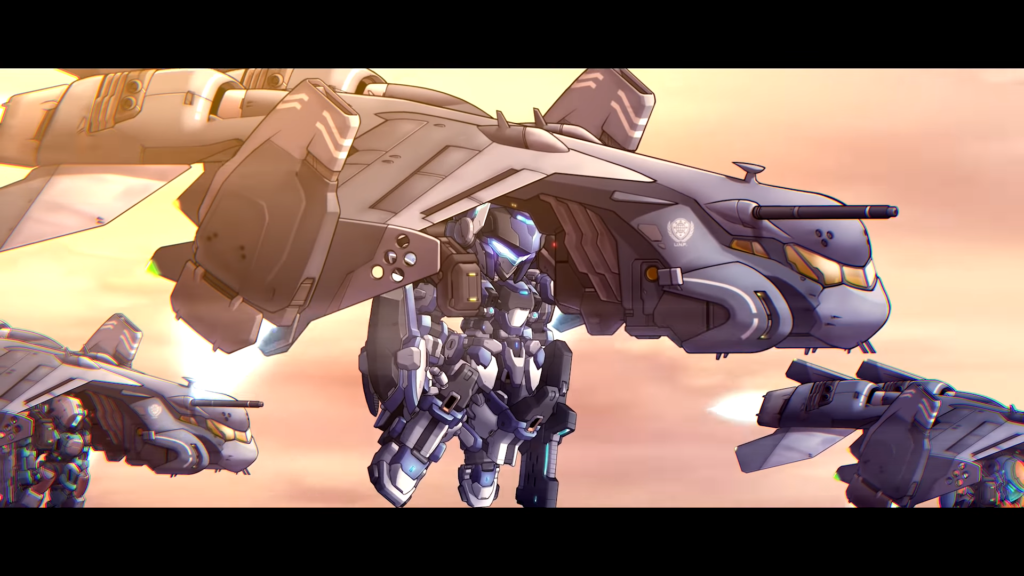 Hardcore Mecha has had a rough time actually materializing. Like many games that were originally announced and funded via Kickstarter, it’s taken much longer than expected to finally come out. Originally named Code:Hardcore, the Kickstarter went up at the end of 2016. It made $143,518 dollars after only asking for $65,536 and was originally supposed to come out October 2017. Developed by Beijing based game studio Rocket Punch Studio with some input by Sony itself, what was initially showed off of the game was able to garner a lot of support. Several delays and a name change later, we’ll finally be able to get our hands on this action packed mecha side scroller June 25.

The game will be published in Japan by Arc System Works who’ve uploaded this new trailer a couple of days ahead of BitSummon 7 Spirits the Kyoto based indie games convention. Hardcore Mecha specifically hit Japanese Playstation 4 digitally June 25 and globally on steam the same day. We hope an English PS4 release isn’t far behind. All of the extra time has given the game a few layers of polish though and honestly, it’s looking pretty good. The mecha designs and illustration are stellar and the game-play, while confined to the 2D plane, looks like a high octane rush. There are a 7-hour story campaign and co-op, too.

Lots of games do hit Kickstarter and either never come out or end up extremely disappointing. Just look at the now infamous Mighty No. 9 or the wholly disappointing Yooka Lay-Lee. With Bloodstained still up in the air, it’s nice to have one title look like it won’t disappoint with its eventual release, even if it wasn’t an as widely hyped one.  Hardcore Mecha looks like it’ll successfully scratch the itch of those who want to fight with robots.

Hardcore Mecha By Rocket Punch Games will hit globally on Steam and on Japanese PS4 June 25.