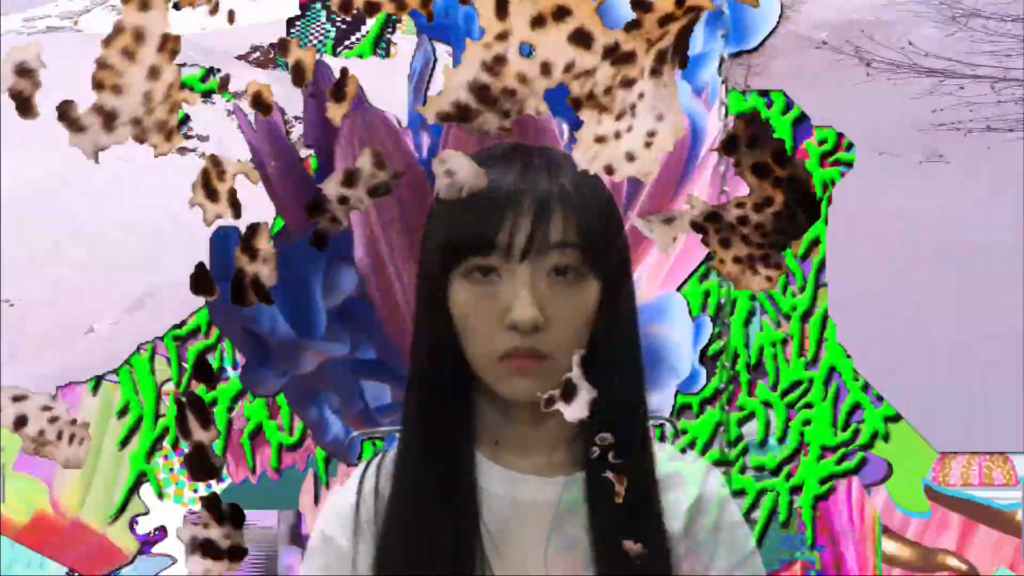 I’ll warn you upfront; Haru Nemuri’s latest music video isn’t for the faint of heart. She made huge waves on the internet music scene last year with the release of her debut full length ‘Haru to Shura’. I fell in love immediately after hearing it, so much so that I ended up going to see her in Tokyo twice within the span of a few months.

Since the release of her debut, she’s put out a number of new tracks all featuring different sounds showcasing her wild versatility and taste. She’s since toured around Japan and Europe too. ‘Kick In The Hell’ (HELLZAVIELER JP remix) has actually been out for a year but she only just released a music video today. And, well, it’s really something. I don’t have other words to describe it.

‘Kick In The Hell’ (HELLZAVIELER JP remix) is a deconstructed, glitched up and distorted take on Nemuri’s post-album 2018 single ‘Kick In The World’. Released literally a year ago today, the single was paired with a number of different remixes and versions of the song. While it’s not uncommon for a single to have a remix or two of it, having six distinctly different versions of a song is something else. More interestingly though, despite all being takes on the different song, if you listen to all six tracks on ‘Kick In The World’ back to back it actually flows really well; a cohesive EP made of different versions of one song.

That brings us to ‘Kick In The Hell’ (HELLZAVIELER JP remix) which just got a music video today to mark the one year anniversary of the single release. It’s the second to last song on said single and due to sounding like it was created in a cosmic grinder, it’s maybe the most memorable. HELLZAVIELER is an alias of ULTRA FAST SCUM GRINDCORE and that should really tell you what you need to know. Tons of distortion on Nemuri’s vocals, looping sonic glitches over and over, and all sorts of other madness. However, if you make it through the first three and a half minutes of the Haru Nemuri themed abyss, pretty melodies do start to come in as well as some nice vocal sampling that when all combined ends up sounding quite beautiful. Almost like unearthing a Vincent Van Gogh painting in an old landfill.

Haru Nemuri’s ‘Kick In The World’ is out now.