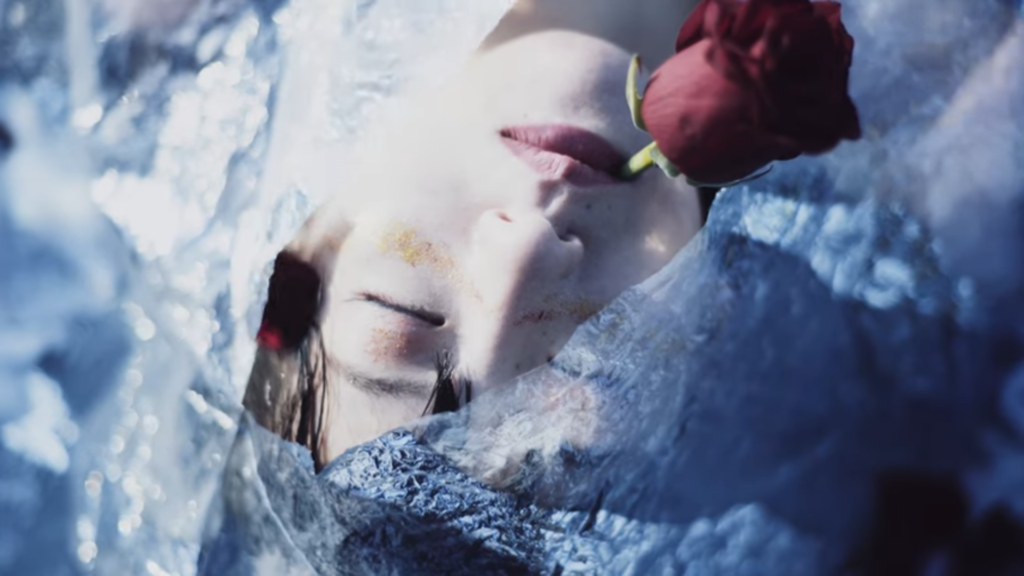 Haru Nemui has a new album coming out in just a few weeks called ‘Lovetheism’.  Before she announced her album, she dropped the ‘Fanfare’ single a few months back to whet our appetites and also signal to the world she was coming to The United States to perform for the first time. Her 2018 album ‘Haru To Shura’ shook waves across the net, turning all of us here into believers of her always beautiful, nakedly impassioned, and at times chaotic sound. We knew this wild new single, ‘Riot’, was right around the corner as it was announced to be coming along with her album.

Truly Haru Nemuri may have outdone herself on the celebratory ‘Riot’. The entire track delves into some soft organized chaos, and while that sounds like an oxymoron, between the mix of her spoken word and chanted vocals against looped and warped choral padding a whole cacophony of notes. However, instead of barraging you all at once, Haru Nemuri seamlessly ebbs and flows through the wave of sound produced by a colorful and buoyant backing track, cutting in at the right moments for maximum impact.

On a personal note, I’ve been waiting for Haru Nemuri to drop a studio cut of ‘Riot’ since first hearing it nearly a year ago at big ‘one-man’ show of hers. If I recall correctly,  she finished the entire night with the song leaving the audience in shock and awe in her wake.  Hearing her rap and sing, and scream, over those looping, distorted, (possibly) synthetic vocals, in the middle of a Shibuya basement venue had so excited for what was in store next. Now her future has begun to unfold with her next album upon us as Nemuri sets off for her first American tour.