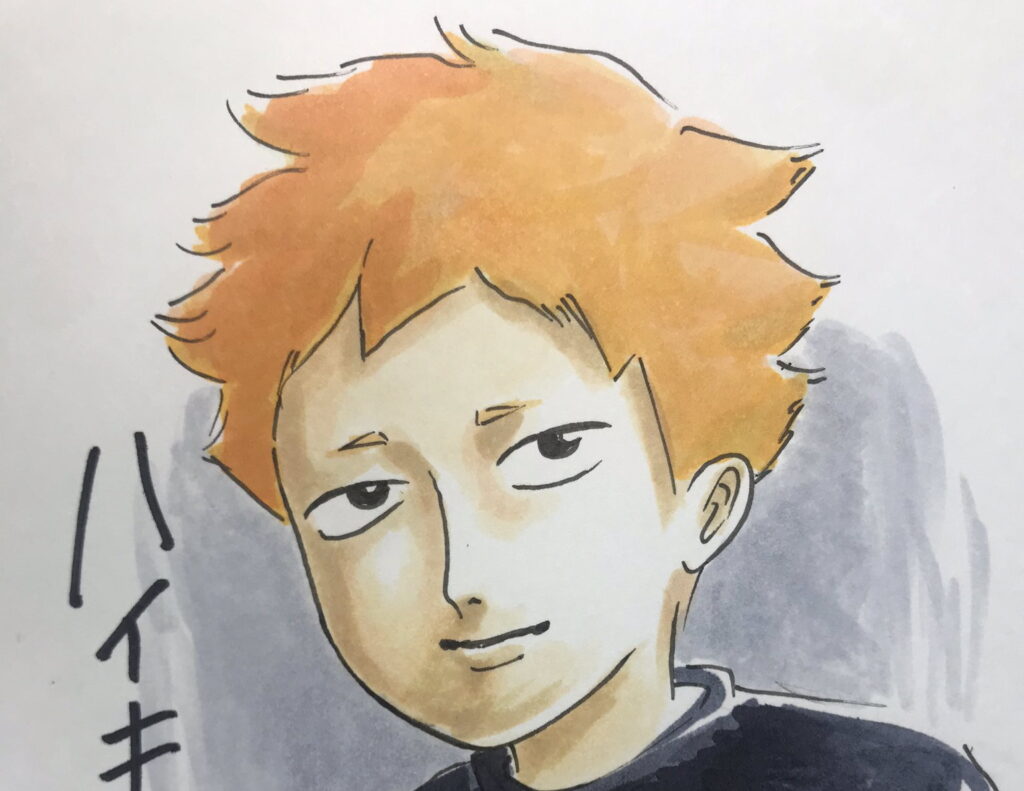 Haruichi Furudate has officially recognized Ryo Nakama’s latest series High School Family as a ‘rival’ to Haikyu!! in his comment for the latest, second volume.

In it, Furudate remarks that ‘I’m so glad that we weren’t serialized at the same time… I could’ve been eaten…’ A sensational tagline on the wraparound obi also reads ‘Rival Recognition?!’ What’s more, one of High School Family’s main characters and best dad Ichirou Ietani is depicted alongside Asahi Azumane, Karasuno’s star spiker.

All of this comes down to High School Family’s strong grasp of sports drama, and volleyball in particular. Ichirou struggles with feelings of nostalgia and wanting to make up for lost time in the volleyball team, while his son Kotaro plays tennis. Although it’d be inaccurate to call High School Family a ‘straight’ sports manga like Haikyu!!, there certainly are similarities, as we pointed out in our review.

Haruichi Furudate’s comment also lends some weight to the suspicion that High School Family was conceived from the beginning to be, or at least became, a successor to Haikyu!!. Very early on, Ryo Nakama pivoted towards sports storytelling, which filled a gap in the Weekly Shonen Jump line-up. Nowadays, both Nine Dragons’ Ball Parade and Blue Box are there to pick up the slack, but there was a time when the Ietani family were struggling alone.

With any luck, recognition from the Haikyu!! author might bring High School Family a bit more respect. Ryo Nakama already showed his respect for Haruichi Furudate with this slightly unnerving Hinata illustration back when the series ended, so the appreciation goes both ways.

You can read High School Family for free via VIZ Media, alongside Haikyu!!.