Hashiyasume Atsuko Brings The Muscle on ‘A La Mode’ 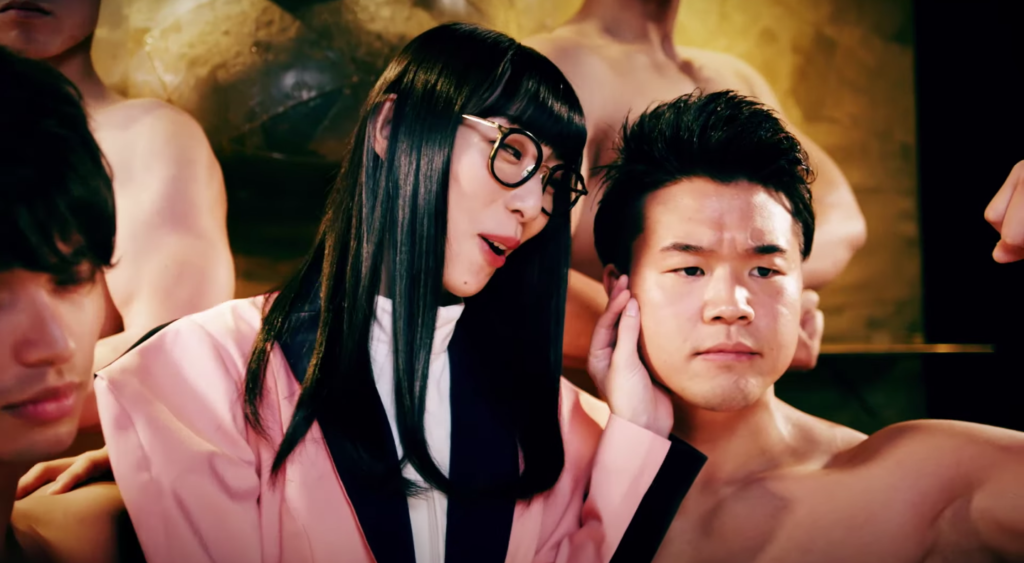 The world of underground idol music is vast and varied. You never know what you might get when delving into a new group. That said, one of the most popular fixtures in underground idols for a while has been BiSH; Originally conceived as an offshoot and successor to the legendary anti-idol unit BiS, the group has gone on to become one of the biggest names in the scene. BiSH always has a particular edge to them even if they aren’t as out their as their predecessor BiS. One of their members, Hashiyasume Atsuko known for her big signature glasses, has just released her first solo song; ‘A La Mode’.  The video, in particular, is a doozy.

‘I’ve got the best music’? More like ‘I’ve got the best muscle’. Haha, get it, it’s because of all the big buff body-builders in the video. Okay, bad jokes aside Hashiyasume Atsuko brings us a solid effort for her first debut single. The music video, which does feature the rest of BiSH alongside the muscle parade, is a lot of fun to watch. I’m enjoying the blazers with the overstuffed shoulder pads as well as BiSH’s cute dance moves.

‘A La Mode’ is not a bad song at all either! It’s not quite a club-ready pop song but it definitely deviates enough for standard idol fare to keep my attention. Thumping kicks, big synth stabs, and some additional production touches bring it all together nicely. I’m enjoying Hashiyasume Atsuko’s relatively low voice too, which getting to hear for an entire song instead of in bits and pieces on a BiSH track is a delight. She does speak-singing kind of delivery for the verses and belts out the choruses. The way the vocals are mixed give them a very slight eerie quality too, that I’m all about.