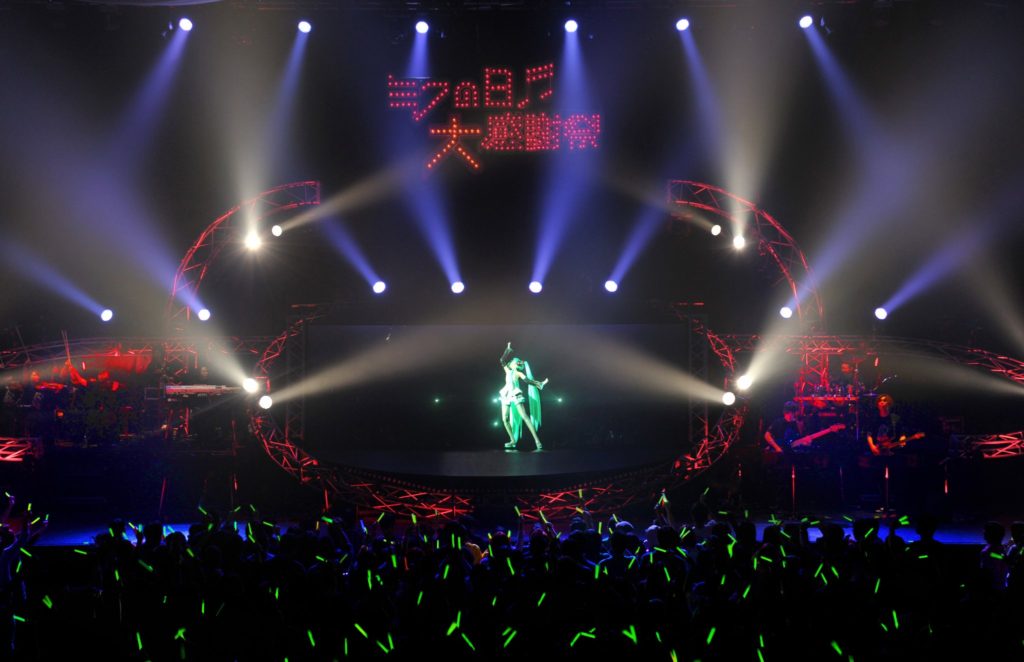 Can you believe that it has already been almost 10 years since the debut of world-renowned virtual pop star Hatsune Miku? On August 31, 2017, Hatsune Mike will celebrate her 10th Anniversary as the world’s most famous singer who doesn’t actually possess a corporeal form.

When it was released on August 31 of 2007, the Hatsune Miku Vocaloid software gave budding musical producers one of the most powerful vocalization tools to exist, even to this day. The software itself is a simple vocal-synthesizer, but the character behind the voice has grown to become something of an international phenomenon; the turquoise-haired, twintail pop-idol has gone on not only to feature prominently in music video featuring her voice, bit also to star in her own video games and even holographic concerts.

In order to celebrate this most important of days in the coming months, we here at OTAQUEST have put together just a sampling of some of Hatsune Miku’s best, all while giving credit to the insanely-talented creators behind her instantly-recognizable melodies.

Tell Your World is the song for Vocaloid creators worldwide. A smash-hit song by popular Japanese electronic musician livetune, it weaves the tale of how Hatsune Miku aims to unite the world with her song. It acted as a beacon of inspiration for Vocaloid creators too, aligning perfectly with their own goal of uniting their communities through Vocaloid.

As livetune’s second entry on this best-of list, Redial is not only notable for being the official theme-song accompanying the release of Mikupedia, but also for its extremely beautiful and stylish use of CG in it’s original music video. Setting the bar for what would be considered the standard of quality amongst Vocaloid producers, Redial is still considered by many to be not just an incredible Vocaloid song, but an all around incredible song in general.

A beautiful departure from your typical Vocaloid track, choco-mint flavor by bothneco introduced fans of the vocalized synthesis program to a new world of sound. Categorically falling under the sub-genre of music known as shoegaze, choco-mint flavor exists as a gorgeous look into Hatsune Miku’s more mellow side.

Ryo of supercell, the group behind ultra-popular anime songs featured in series like Bakemonogatari, alongside Huke, the artist behind the character designs of visual novels and anime such as Steins;Gate, teamed up to bring us Black Rock Shooter. This song was so popular, it inspired 2 different anime adaptations!

Now here’s one for the history books – really. Senbonzakura features a tune that is reminiscent of Meiji-era Japanese politics and revitalization. Being that the song itself is a product of the post-war era, it offers a noticeably deep insight into both the realities and thinking of a country deep within in the throes of a transitional time.

Crypton Future Media, the company behind the Hatsune Miku version of the Vocaloid software, is gearing-up to celebrate Miku’s 10th birthday in a big way. Combining the talents of original Hatusne Miku illustrator Kei and Mari Shimazaki (video games Bayonetta and Okami), they’ve released the below illustration via their official Twitter account.