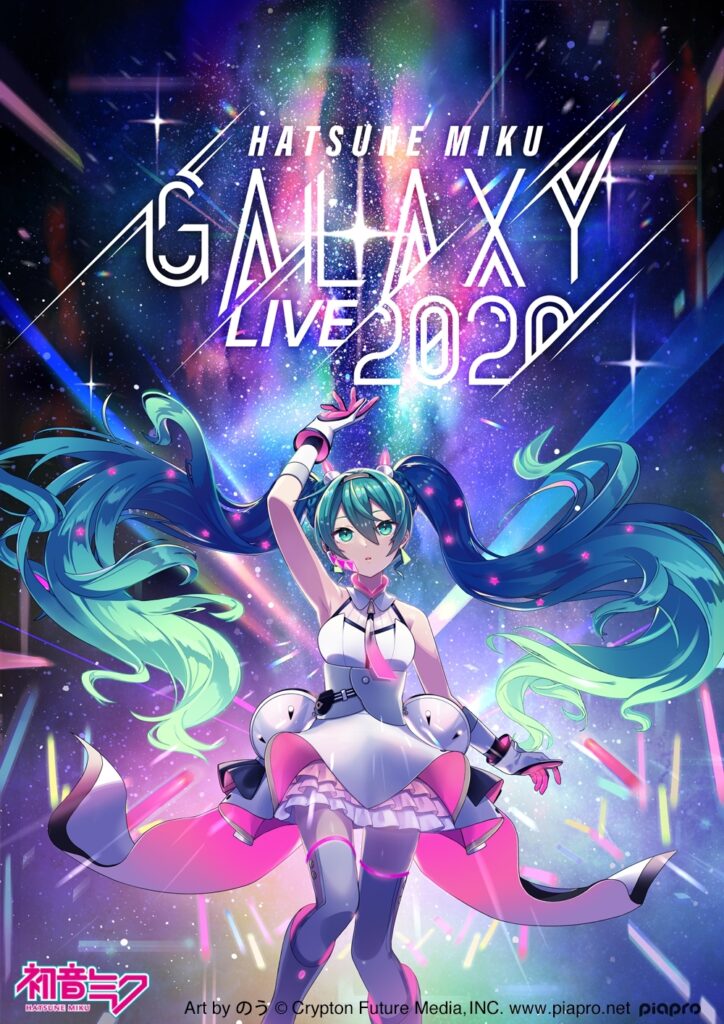 In May, the official Hatsune Miku YouTube channel posted a video for something called “Project G” with very little, to no information about what it is. The video opens with the numbers 202009 with some text in the background and flashes of Miku’s body only to end with a slide that says “Project G Begins.” Well, we now know what “Project G” is. “Project G” is an online solo live performance of Hatsune Miku under the name of ‘Hatsune Miku Galaxy Live 2020’ which will be taking place on September 26th and September 27th. In the current situation worldwide, online events are becoming the norm and I don’t know about you, but I’m not only getting used to them, but I’m also actually starting to enjoy them. It took a bit of time to warm up to though.

The Hatsune Miku Official YouTube channel also uploaded a teaser video for Hatsune Miku Galaxy Live 2020 and I don’t know but it feels, dark? There is no information on the video aside from one line which reads “そしてこの世界に再び彩りを取り戻すことを—— “, which translates to “and bring color back into the world…”. There is just something about the musical chord progression in the song that plays during the teaser and the line above which really makes me get emotional. With everything happening in the world right now, it truly is a dark place, and everywhere can use a little bit more color, even though the teaser is set to take place in the year A.D.2039, it all just feels too real to me. The teaser follows Miku as she wanders about a decrepit city where she encounters a giant robot with a smaller floating robot next to it which says “He is “Golem”, I am “Rabby”, then Miku holds Rabby in her arms and generates a ball of light between her fingers giving what seems like life back to Golem as his eyes light up. The scene then cuts to Miku riding on top of Golem with Rabby only to enter what looks like a laboratory of sorts where Golem and Rabby activate something which seems to start to give color or life back to the world as Miku takes the stage cutting to a slide which says “I continue to sing for —- everything.” The line “and bring color back into the world…” is then displayed only to cut to 2020.09.XX.

The Hatsune Miku Galaxy Live 2020 will be taking place on September 26th and 27th via the INSPIX LIVE application for iOS and Android. Even better, the event is free of charge. The company is going to be doing a “pay-what-you-want” style of payment system where there is no minimum payment, so you can watch it for free, but if you want to pay for it, you can choose how ever much you want to pay after the event which they are calling “Post-Pricing”. This is a new style of payment for a live event, and personally I feel that it is something that can really help boost participation rates for events of all types.

After watching the teaser video for the project, I honestly am really excited about this. I am a fan of Vocaloid music and really like the Hatsune Miku character, and the teaser which was beautifully put together really sealed the deal for me. I can’t wait for the end of September.