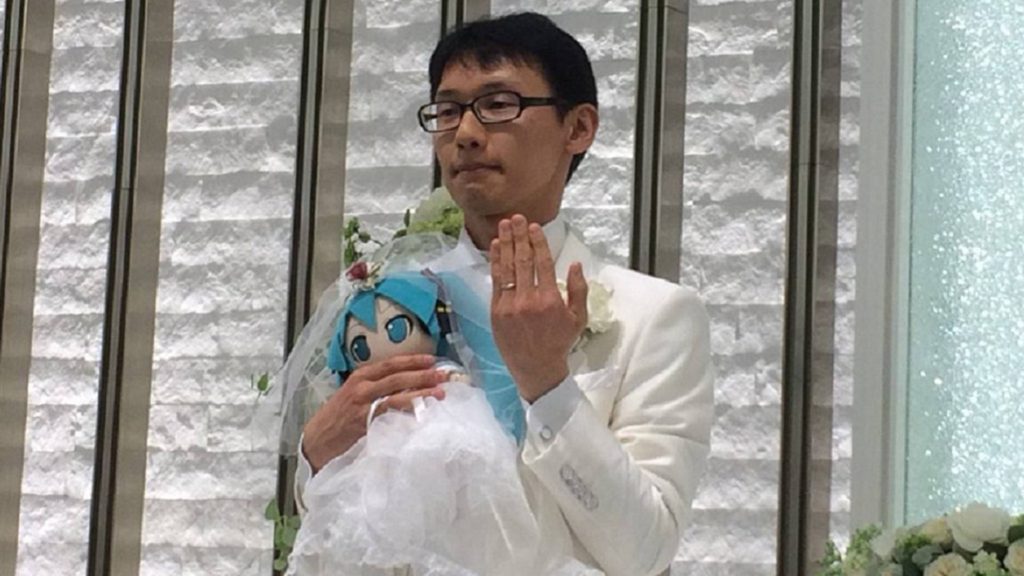 While there’s more than a few people across the globe who consider Hatsune Miku their “anime wife”, there are few people who can actually lay claim to having been married to her. With a total global population of 7.2 billion people, there’s only a 0.0000005% of people actually honored enough to marry Hatsune Miku, and the most recent person to join this list is Akihiko Kondo, a 35-year-old school administrator in Japan. Taking place at Tokyo Town Hall, the 40-person wedding would go on to cost Kondo roughly $17,000 in fees.

Though it might sound slightly odd for someone to get married to a virtual character, Akihiko Kondo identifies himself with a minority group that feels no affection to three-dimensional girls, citing intense bullying from female co-workers as a driving force in his withdrawal. Photographed at the wedding alongside his own Hatsune Miku plushie, in all actuality Kondo would be marrying his Gatebox device in which an AI hologram of Hatsune Miku lives.

It’s been a few months since we made our way over to Gatebox HQ in Akihabara to check out their next-generation Gatebox device, and since then we’ve seen a number of changes. While I’m not confident those changes are enough to make me want to marry the device, it’s a neat little piece of hardware that I could certainly see becoming a part of my daily lifestyle. Following the marriage, Gatebox additionally provided Akihiko Kondo with a marriage certificate, though I’m not sure if it’s actually something that would hold up in court.

While not everyone will agree with his actions, I’m glad to see Akihiko Kondo has found himself a little place of happiness in the form of Hatsune Miku.