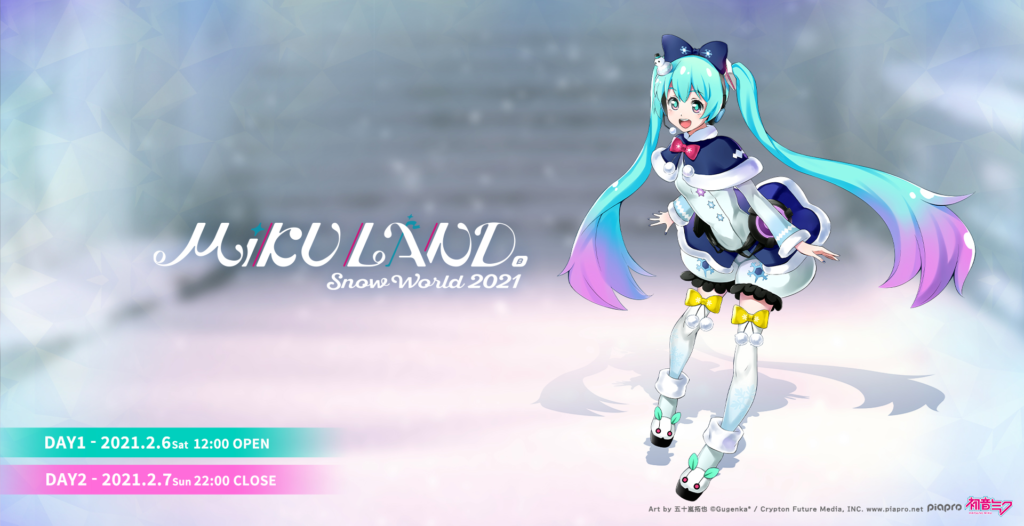 Virtual pop idol singer Hatsune Miku has taken part in the Sapporo Snow Festival since 2010. Now she will bring the real-life snow festival into the virtual world with MIKU LAND β SNOW WORLD 2021.

The winter-themed virtual theme park opened at noon on Saturday in Japan, which was 7 p.m. Friday Pacific. The event is free and available worldwide, but you will need either the VR service VirtualCast or the AR app HoloModels to take part. And yes, Miku will sing during the event. She will perform with VTuber Shinonome Megu. (More details below.)

This is actually the second version of MIKU LAND. The first version took place in August 2020. 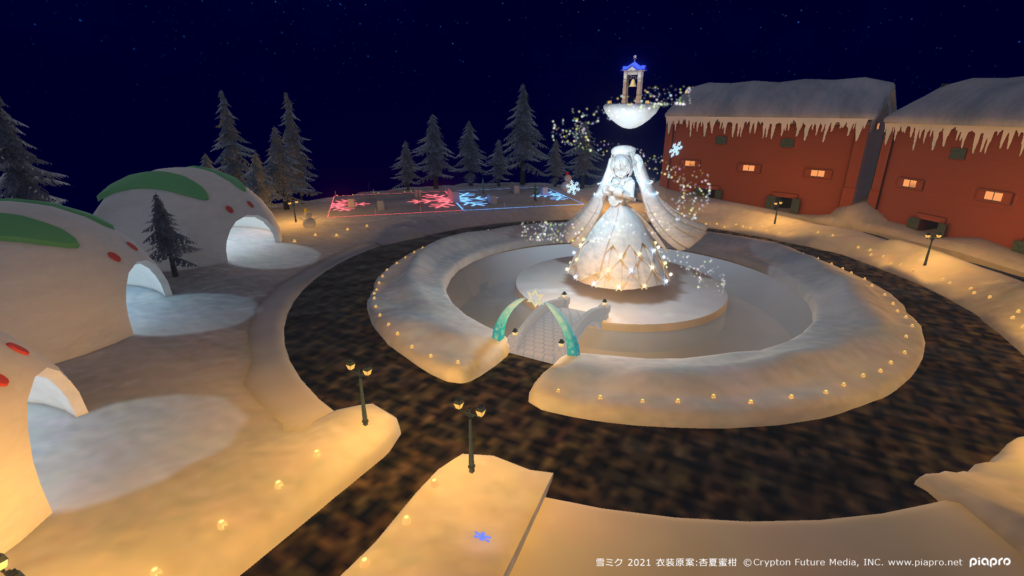 According to MIKU LAND’s creators at VirtualCast and Gugenka, the new version features an area called Snow Globe Illumination. There are a variety of activities, including:

Of course, it wouldn’t be Miku without music, and there will be multiple ‘Mini Live’ performances. VTuber Shinonome Megu and Hatsune Miku will perform Megu’s songs ‘Shukufuku’ (Blessing) and ‘Happy Free!’, with Miku singing lead and Megu on acoustic guitar and singing backup. They will also perform the MIKU LAND theme song ‘Happy Coaster’. Performance times are available on the MIKU LAND website. Apparently, some of the music will be available on YouTube and at NicoNico.

The event is held in conjunction with the Sapporo Snow Festival, which includes Snow Miku 2021. According to the Snow Miku website, the in-person events have been delayed because of… well, you know. However, they are still having virtual events, including a photo contest, snow sculpture construction reports, history exhibition, and more. There are a lot of links on the website.

Of course, they also have both physical and virtual merch, including the aforementioned Snowball Fight Gloves, the Yukine Rabbit-themed VR drone, and the portable rhythm game machine. You can also dress your avatar in Miku cosplay. 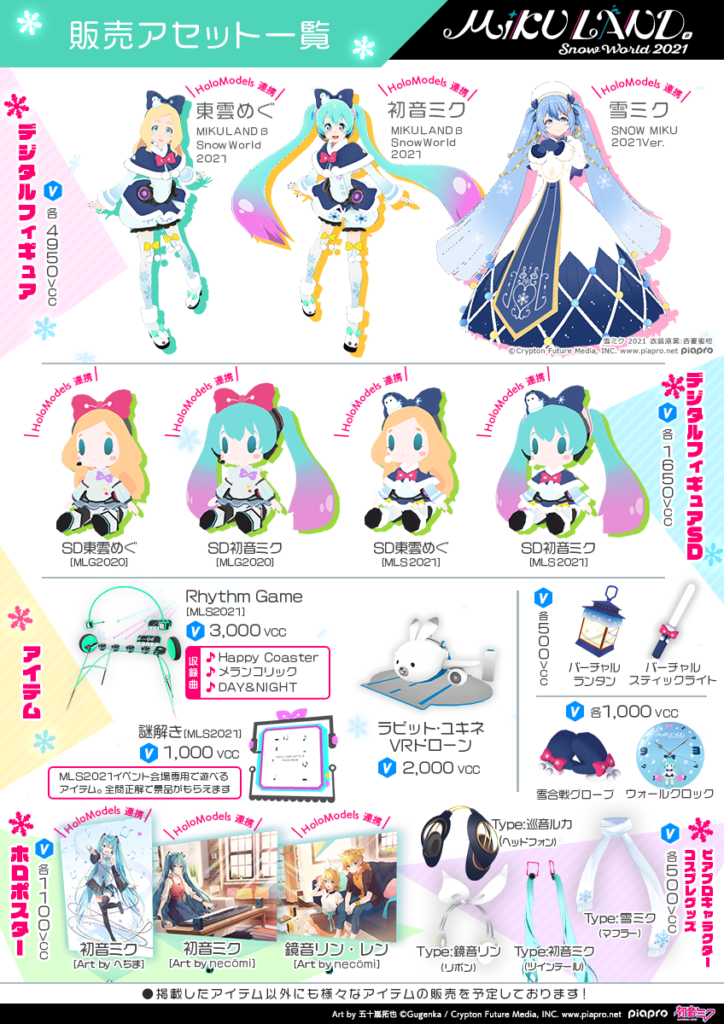 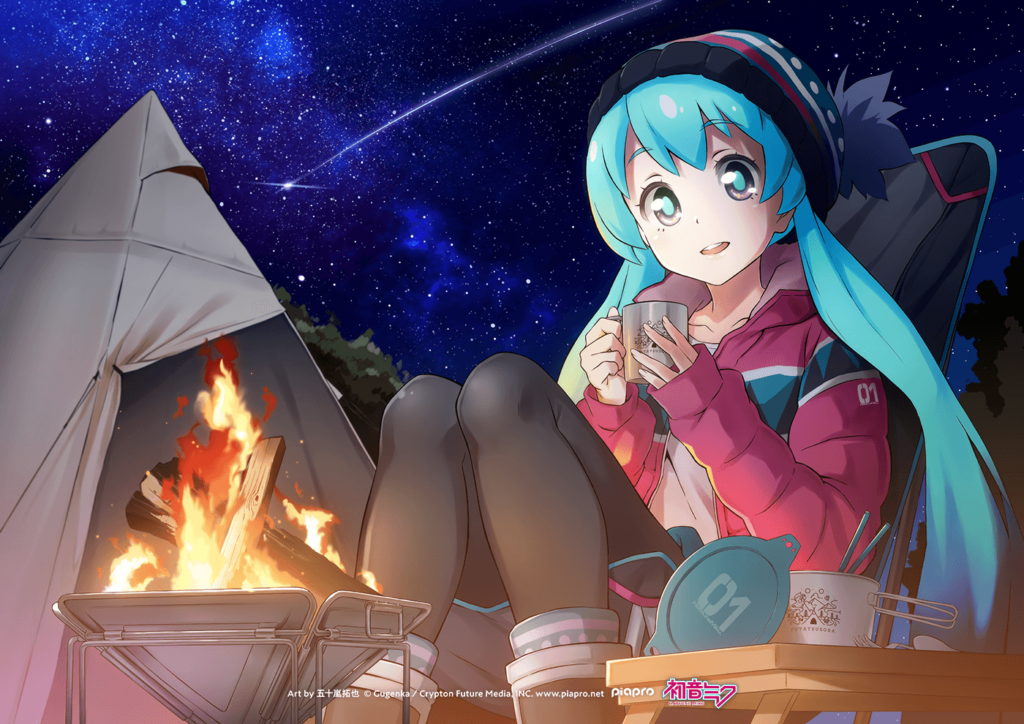 Within the theme park, you can also get a life-size Snow Miku, and plushies. O brave new world, that has virtual Miku plushies in it.

The theme park will only be open for one weekend on 6-7 February.