A Look Back at the Legendary 19 Game Series, SAMURAI SHODOWN 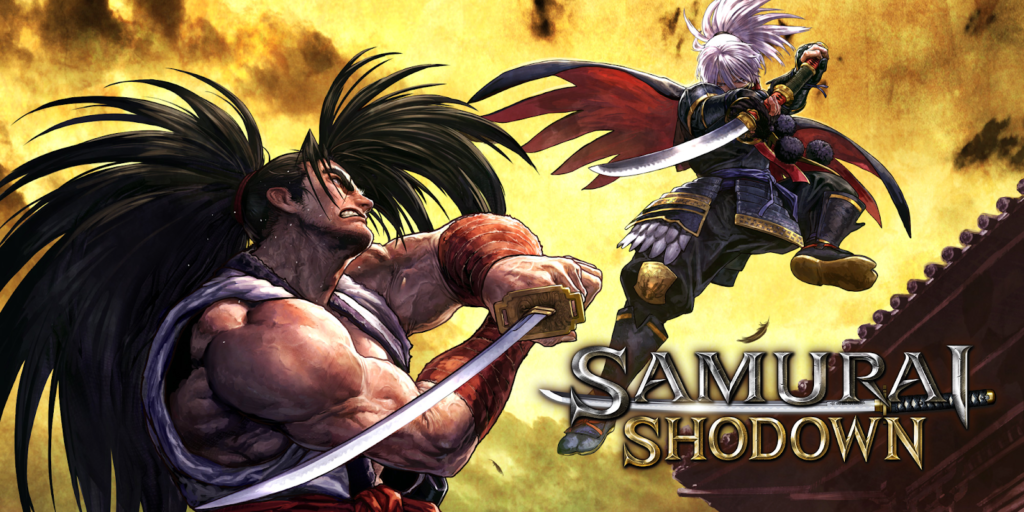 From a first installment that ended up caught in the middle of a ‘violence in video games’ focused censorship debate to an award-winning 2019 reboot, Samurai Shodown has quite the legacy.

Considering it’s been 27 years since the game was first released in Japan(under the name Samurai Spirits) now’s as good a time as any to revisit one of the most iconic series of fighting games out there.

Start of a ‘Shodown’

Yes, it’s spelled “Shodown.” Yes, there’s a ‘w’ missing. Yes, there is a reason. Although in the original Japanese, the series is called Samurai Spirits, the spelling of the English version of the name seems to be inspired by the plot of the game.

Set in the late 18th century, the primary antagonist of the first game is Shiro Tokisada Amakusa. A 17-year-old Samurai at the time of his death in 1638, Amakusa is an actual historical figure who led a revolt of Japanese Christian Rebels against the Tokugawa Shogunate.

This rebellion ended with the death of Amakusa and his 40,000 rebel followers—including women and children—as ordered by the Shōgun. 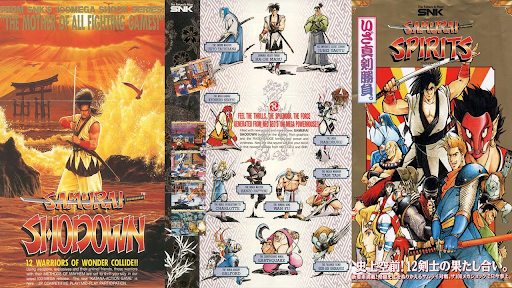 Since the game is set in the year 1788 and the Tokugawa Shogunate was in control of Japan through the year 1868, one can easily connect the spelling of the game’s English title to the word Shōgun. In the game, Amakusa is resurrected as an akuma—or evil fire spirit from Japanese lore—hellbent on destroying the Shōgun and the world, all in the name of an evil god named Ambrosia.

The premise of the fighting game’s structure has various fighters come to put a stop to Amakusa’s plot. These fighters include actual historical figures, as well as literary and fictional characters. Among these characters is Yagyū Jūbei (Mitsuyoshi), called Jubei in the game, and Hattori Hanzo, both of whom are actual historical figures as well as literary/fictional figures who have had a variety of books, movies, anime, and manga featuring them.

In fact, an iconic novel from the ’60s called Makai Tensho centered on Shiro Amakusa rising from the dead as a demon, raising various historic figures as yōkai, to bring down the Tokugawa Shogunate, only to be thwarted by Yagyū Jūbei. This was adapted into an equally iconic movie that came out in the ’80s. The connections between the plot of the novel/movie and Samurai Shodown are apparent.

The first Samurai Shodown game was released in 1993, starting off as a Neo Geo arcade game before making the jump to Super NES, Game Boy, Sega Genesis, Sega Game Gear, and more. However, in the ’90s there was a big push by politicians(in the U.S. particularly)against violence in video games. As such, the blood and gruesome finishing moves where characters would get sliced in half became an issue.

With the Neo Geo arcade system’s regionalization settings, the North American version was able to change the color of blood in the game from red to white, instead portraying sweat. Also the violent animations would be removed. 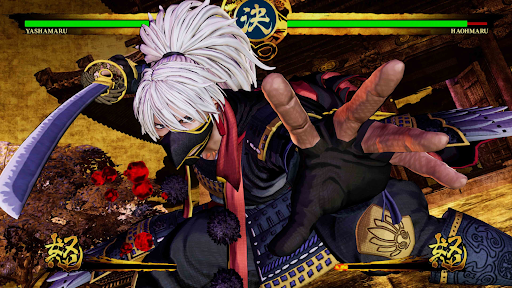 Plotwise, the story of this game is set in 1787, during the Tenmei era. Japan is plagued by famine and disaster, ominous clouds abound, and a young woman named Shizuna Gozen is possessed by an evil spirit intent on destroying Japan. Once more, fighters from Japan and the world at large, come to duke it out and stop the impending doom.

In 1994, a TV special called Samurai Shodown: The Motion Picture was released that adapted the storyline of the first game. Though a few strange changes were made, such as changing Amakusa’s gender, among others.

Across the game series, there are approximately 80 different characters, but throughout the installments, fighters Haohmaru and Nakoruru serve as the two central protagonists. However, the two OVAs(Original Video Animations), Spirits 2: Asura Zanmaeden and Nakoruru ~Ano hito kara no okurimono~, both center on Nakoruru.

Spirits 2 was released in 1999 as a two-episode special, the events of which were chronologically set before the storyline of the 1998 game, Samurai Shodown 64: Warriors Rage. 2002’s Nakoruru ~Ano hito kara no okurimono~ is a single episode, 30 minute OVA that is set between the events of the first and second games in the series.