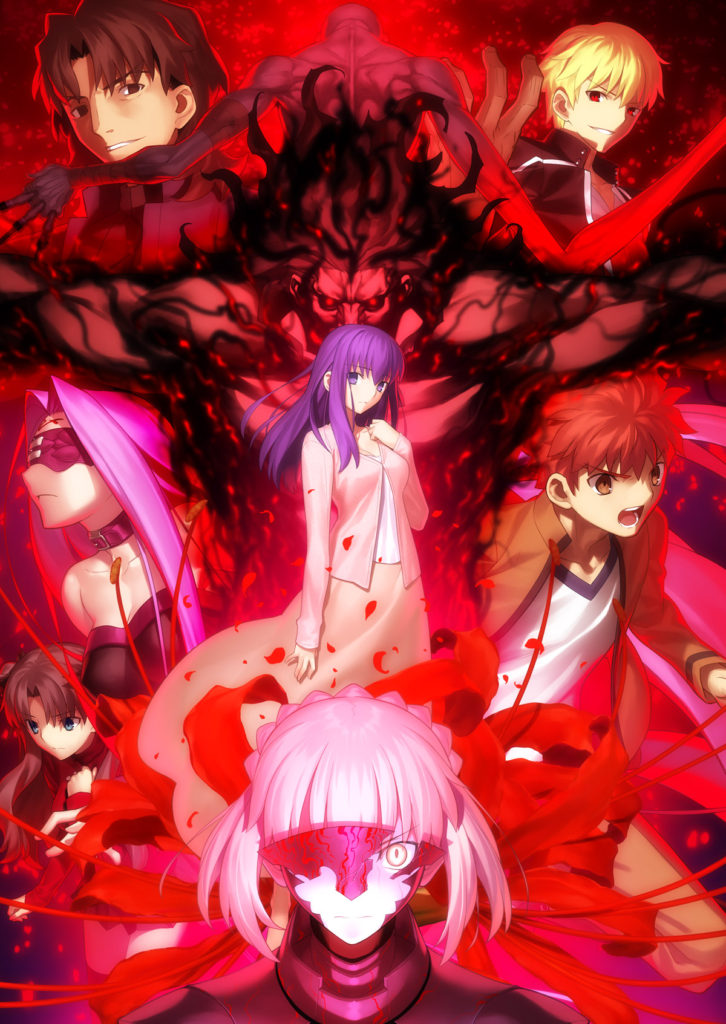 It feels like forever since the first movie in Ufotable’s trilogy of Heaven’s Feel movies came out, but this week finally saw the release of the second film, lost butterfly, in Japanese theatres.

Fans have been generally positive about the film, as Ufotable continue to adapt the source material expertly and do the excellence of the original visual novel justice – which is more than you can say about previous adaptations. Critics have also generally found the film to be good, if not excellent, with Anime News Network’s Kim Morrissy calling it an “emotional rollercoaster.”

This post contains spoilers for the entire Heaven’s Feel arc as well as the discussion of NSFW content.

I’d prefer to hold back on giving my opinions on the film until all three parts of the trilogy have released, as I’m mostly interested in seeing how Ufotable approach the entire arc, but there was one element to the film that caught my attention – that is, Ufotable’s decision to adapt a sex scene from the original visual novel in the film.

The original Fate/stay night’s sex scenes, or “h” scenes as they are often referred to, have been a point of contention within the wider Fate fandom for a long time now. These scenes made an appearance in all three Fate, Unlimited Blade Works, and Heaven’s Feel routes of the original visual novel, but their importance has been debated many times over the years.

There’s absolutely nothing wrong with having sex scenes in a visual novel, and in fact, these scenes can if utilized correctly, serve to showcase the blossoming of a relationship in representing what is actually a normal feature of human life. Yet the problem lies in that these scenes in Fate/stay night see a noticeable drop in writing quality when compared to the rest of the story, and issues such as out of character interactions and over the top descriptions have made them a source of comedy gold, as well as controversy, for the fandom for many years.

Although there’s never been any definite proof of this, it has long been the accepted narrative within the fandom that writer Kinoko Nasu was forced to put these scenes in the original visual novel as TYPE-MOON feared that a visual novel without erotic content wouldn’t be very competitive in the market of 2004. Nasu didn’t particularly want to do these scenes, so he put the least amount of effort into them as possible – or so the rumors say. He didn’t like doing these scenes so much, that when he returned to write a sequel in 2005 with Fate/hollow ataraxia, he actually offloaded these scenes onto another writer, Aramoto Kei.

This narrative doesn’t quite hold up when it comes to Heaven’s Feel, though. In this case, the sex scenes did serve a proper narrative function, with Sakura’s craving for sex and subsequent encounters with Shirou clearly signaling her corruption by the Greater Grail, as well as showing how the two characters’ relationship evolves over the course of the story. They still featured a lot of hilarious, over the top description, but because of their pertinent narrative function, have always been the exception to the norm of simply skipping the sex scenes when making your way through the visual novel for the first time.

But this didn’t stop the updated version of the game, Fate/stay night Réalta Nua, from completely removing these scenes altogether when it released in 2007. It rewrote all of the scenes to function in the narrative without the need for sex, such as in Unlimited Blade Works, where Rin simply transfers her Magic Crest into Shirou to provide him with manner, instead of performing a “mana transfer” through sex. In Heaven’s Feel’s case, Sakura’s lust was replaced with a craving for blood, which while functioned perfectly fine narratively, replaced the more pertinent representation of Sakura’s corruption and her evolving relationship with Shirou.

This only falls in line with the rest of their great choices during their adaptations, such as the decision to completely restage the ‘Emiya’ fight in Unlimited Blade Works and rearranging the story in Heaven’s Feel as to save the major climaxes for the last film. With so many amazing things left in the Heaven’s Feel arc to adapt, I can only hope that Ufotable continues their amazing adaptation work so that they can do these events justice.