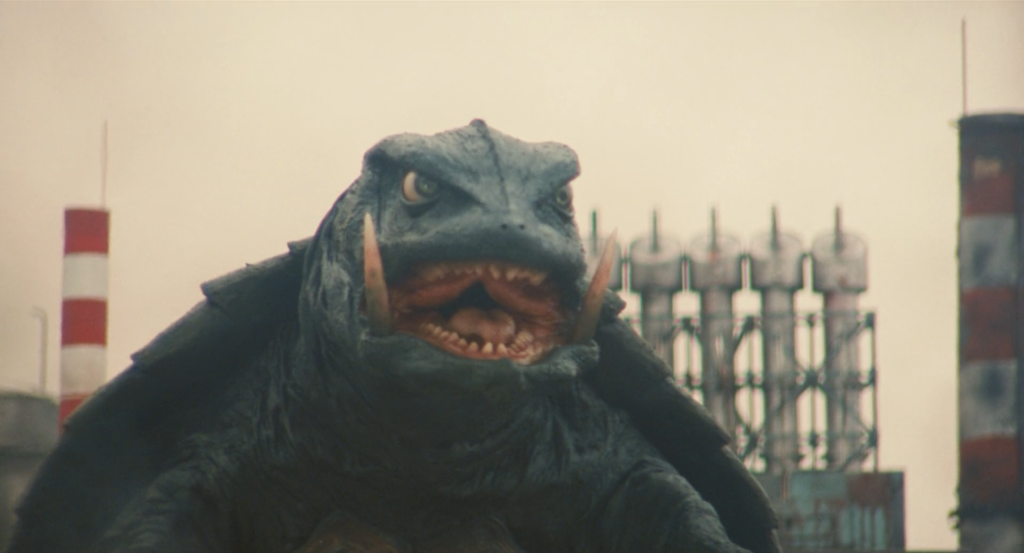 It’s a shame that Godzilla is the monster to grab the spotlight. He’s having a whale of a time, sunning up the Hollywood spotlight with his buddy King Kong, challenging King Ghidorah to wrestling matches while Mothra does her thing. While he’s certainly earned his place in cinema history and his recent Hollywood revivals have certainly been… adequate… this all serves to obscure the best kaiju films of them all: the late 1990s Heisei Gamera trilogy.

As I have covered in my series chronicling the history of the kaiju genre, Gamera’s storied history as Godzilla’s primary Showa-era rival wasn’t a history that showered the character in glory and accolades. While the first movie was a decent experience, even that was a lesser rip-off of what Godzilla (1954) did far better, and his movies only got worse from there. By the end, they were more clip show than a movie, and an outright painful viewing experience.

Daiei Film’s bankruptcy and Gamera: Super Monster had seemingly sent the character into a permanent cryogenic sleep. It was at that point that the company, now under the supervision and ownership of Kadokawa Pictures, chose to reboot the character after seeing the success TOHO was having with the return of Godzilla. What’s more, they handed the reins of the character over to Shusuke Kaneko, a director who had branched from his pink film origins but was still inexperienced working with a larger budget, and Ghost in the Shell scriptwriter Kazunori Ito.

It was a gamble. Incredibly, this trust was rewarded by films that not only easily surpassed Godzilla’s still-decent Heisei output, but weaponized the metaphorical and meta-textual power of kaiju held to create three titanic Gamera films defining a genre.

A New Direction for Kaiju Yet to Be Repeated 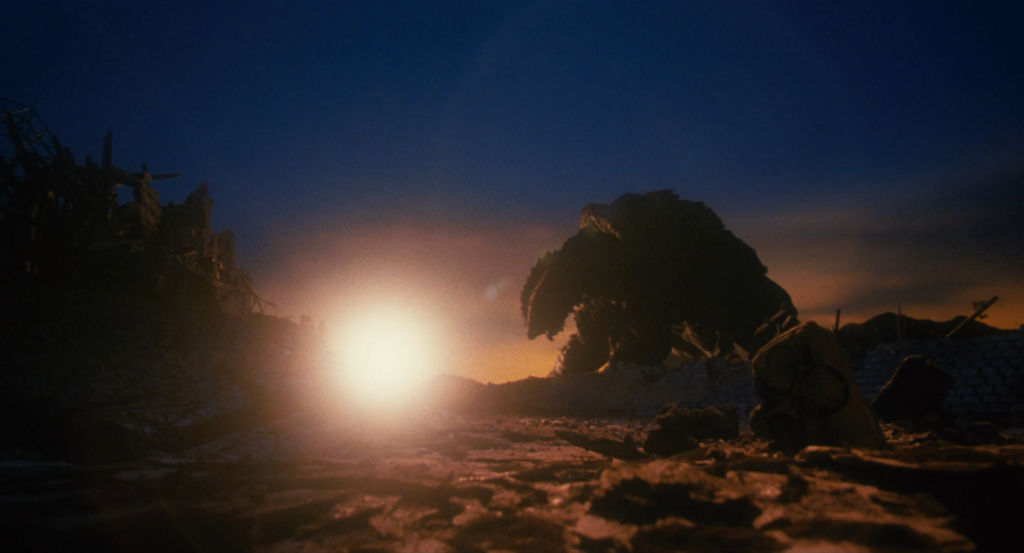 The Heisei Gamera trilogy exists in the form it does because, unlike Godzilla, Gamera had to evolve in order to return. The creature had previously been little more than a cynical example of executives chasing trends, with movies as creative as that origin would allow. Yet despite this, for all the problems they had, those who grew up with Gamera loved him all the same. These now-grown-up fans were excited about his return, and Gamera: Guardian of the Universe set out to reboot the character under this ethos.

As a result, a new mythology for Gamera was born. A team of scientists investigating incidents occurring off the coast of the Philippines soon discover an ancient amulet and an Etrurian rune talking of a giant turtle that is the Guardian of the Universe. This Guardian is Gamera, and the amulet serves as a connection between what was once the ancient civilizations and the creature. This connection is soon transferred to a young girl known as Asagi after she comes into possession of the amulet, allowing her to connect and understand, as well as feel the pain, of Gamera. 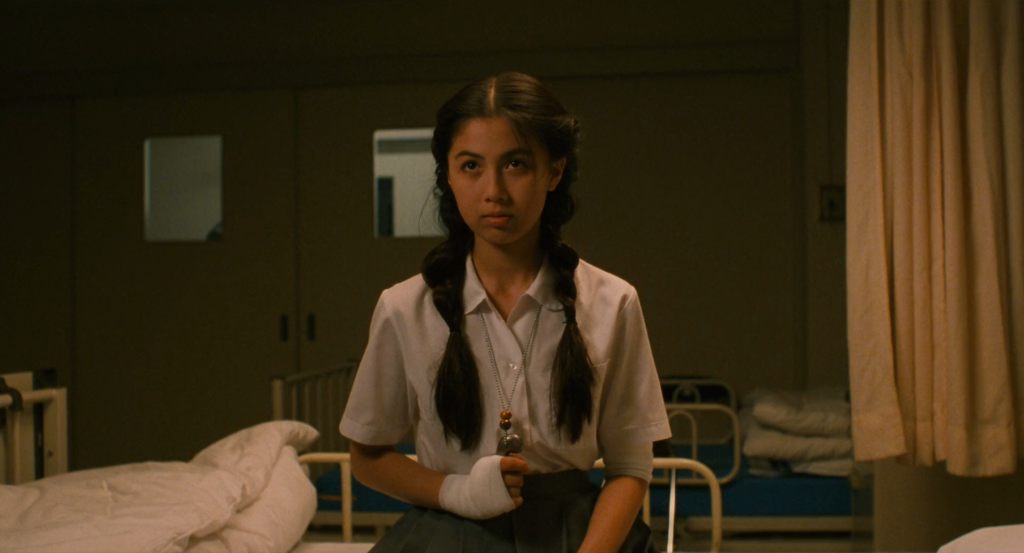 At this same time, Gyaos birds (a creature from the Showa-era movies and the only one to return throughout the trilogy) begin to attack civilians around Japan. With Gamera awoken thanks to Asagi’s new bond with the creature, his attempts to end the Gyaos threat are being thwarted by a government which, with no desire to understand the unfamiliar, deems Gamera to be a threat in need of elimination.

The film that follows centers on these seemingly dual threats.

It’s Asagi that helps to sell the high-concept re-interpretation of the Heisei Gamera trilogy that blends Gaia Theory and giant monsters together. This direct link between Asagi and Gamera serves as a recreation of the bond Gamera shared in the original films while allowing the films to center their narrative on the human experience amidst the destruction of kaiju. It drives the trilogy and allows each film to feel more personal than many other kaiju films. It turns a mere spectacle into something you dread as much as you enjoy, tinging battles with the tragedy felt by those impacted by their destruction. 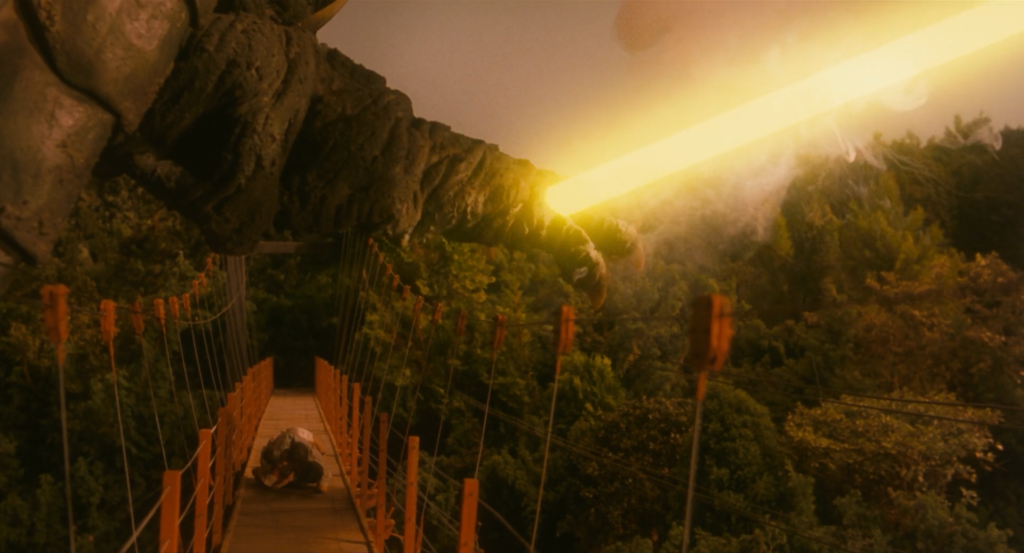 The series more broadly challenges our uncritical love of kaiju destruction as we’re forced to examine the damage and human cost of the kaiju spectacle. The pain and destruction felt by Gamera is felt by Asagi thanks to their bond through the amulet, which helps to contextualize the destruction in terms of human cost. Just as much as we cheer Gamera on to victory because the fights are cool, we care because we care about Asagi, and about all the characters who appear and return throughout this interconnected trilogy.

Gamera 2: Attack of Legion achieves this through the alien species created just for this film, whose violent destruction of people and metropolitan landscapes not only feels far more gruesome than we’re accustomed to, but is framed through how government failure ties to a direct consequence for human life.

This all comes to a head in the climactic film, Gamera 3: Revenge of Iris. Here, the human tragedy of the trilogy is brought firmly to the forefront as we’re forced to examine the consequences of embracing kaiju destruction. What had once been mindless collateral damage that even the audience may have not given a second thought was now a traumatic moment of loss for a girl who wishes for Gamera’s death. The destructive mental cost of finding solace in unreality to cope with loss and change rather than facing problems and moving forwards is manifested physically from her rage, with deadly results. 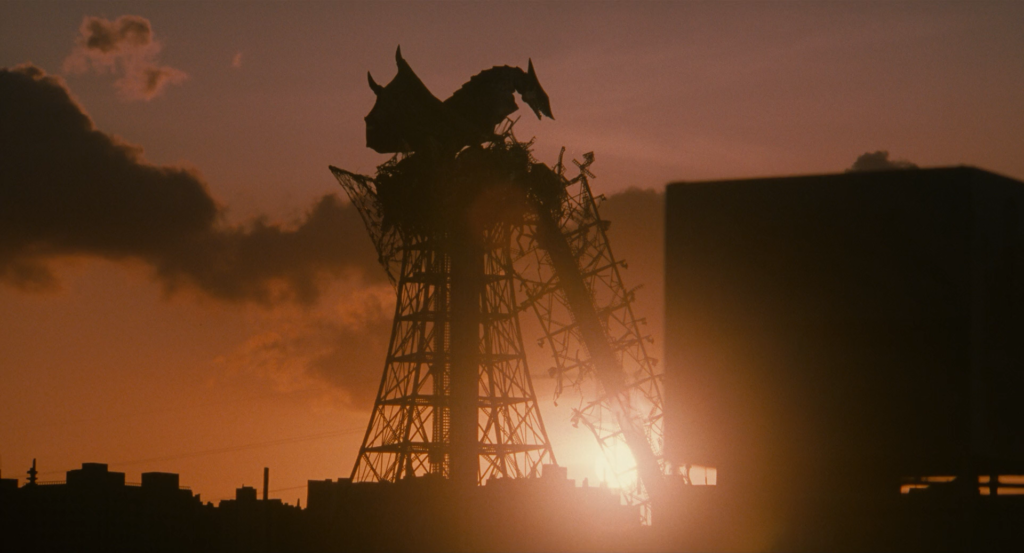 All of this is mixed with some of the most impressive cinematography and action in the genre’s history. Although the Heisei Gamera trilogy was made on a far lower budget than Godzilla films of the era, this doesn’t show in the final product. Striking visual imagery turns a ravaged Tokyo Tower marked by a sleeping Gyaos into a symbol of failure that says more to the audience than dialogue ever could, while most action in the film is shot from ground level to emphasize the suffering of everyday people.

This creative freedom allowed Gamera to thrive while Godzilla relied on convention. The environmentalist message of protecting the planet from destruction is more powerful in this Heisei trilogy than it was in Showa because Gamera’s connection to humanity is framed around his love of the planet. Turning away from saving the planet means turning away from Gamera, and the way that the Legion represents a direct attack on the planet with people as collateral reinforces this. 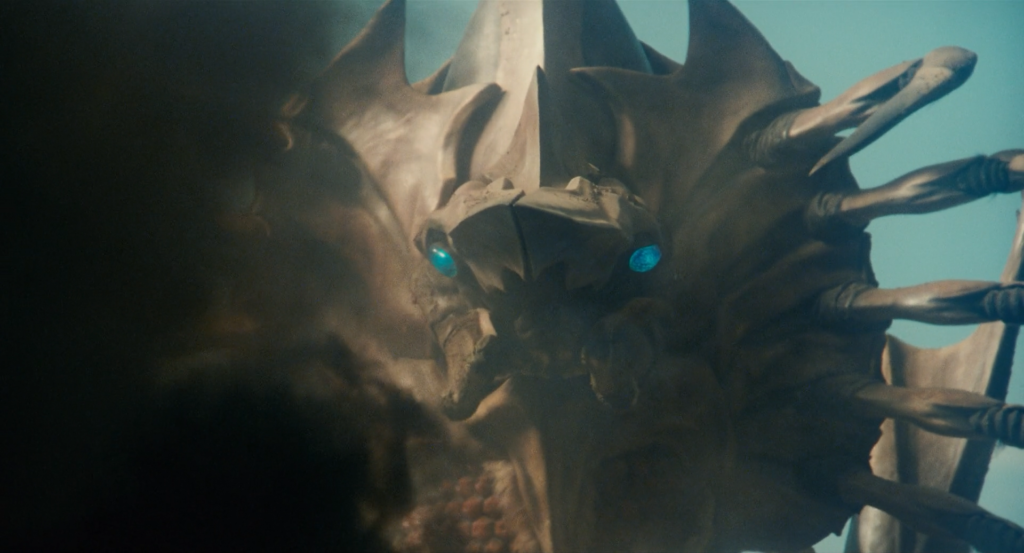 This trilogy took a creature already loved by many, including directors like Shusuke Kaneko, and took it to the next level. Hideaki Anno was even involved in creating a making-of documentary following the final film’s production because of his love of Gamera, and you can even see how the ground-level cinematography of the films inspired the director’s similar approach to a ravaged Tokyo in Shin Godzilla.

Over three films, the Heisei Gamera trilogy uses kaiju to discuss how society’s rapid growth has moved humanity away from collectivist ideals of mutual protection towards destructive individualism, represented in the creatures featured in the film. The surprisingly dour and pointed ending of the trilogy is a triumph that takes these ideas to a powerful, logical conclusion. Speaking of Hideaki Anno, his decision to create a making-of documentary is perhaps unsurprising considering Evangelion’s ambiguous ending and approach to these same ideas and the impact of trauma when placed alongside the stakes of the world’s continued existence. By acting as a trilogy with shared characters compared to kaiju’s often-standalone nature, it makes the films feel like a serialized story that also allows the trilogy to mirror the progression of the TV anime.

And this is all done without losing sight of what made people fall in love with what is essentially a giant turtle. 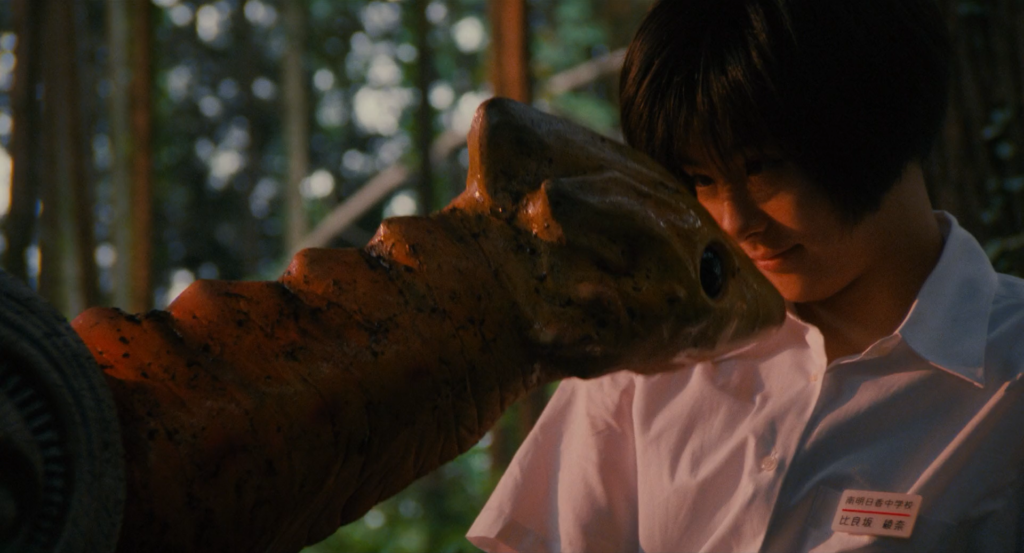 By doing so, the Heisei Gamera trilogy ends up being the ultimate example of kaiju storytelling that understands the metaphorical potential of the genre. No kaiju film has surpassed these movies before or since, making them required viewing for anyone interested in the genre.

You can purchase the Gamera trilogy through Arrow Films.