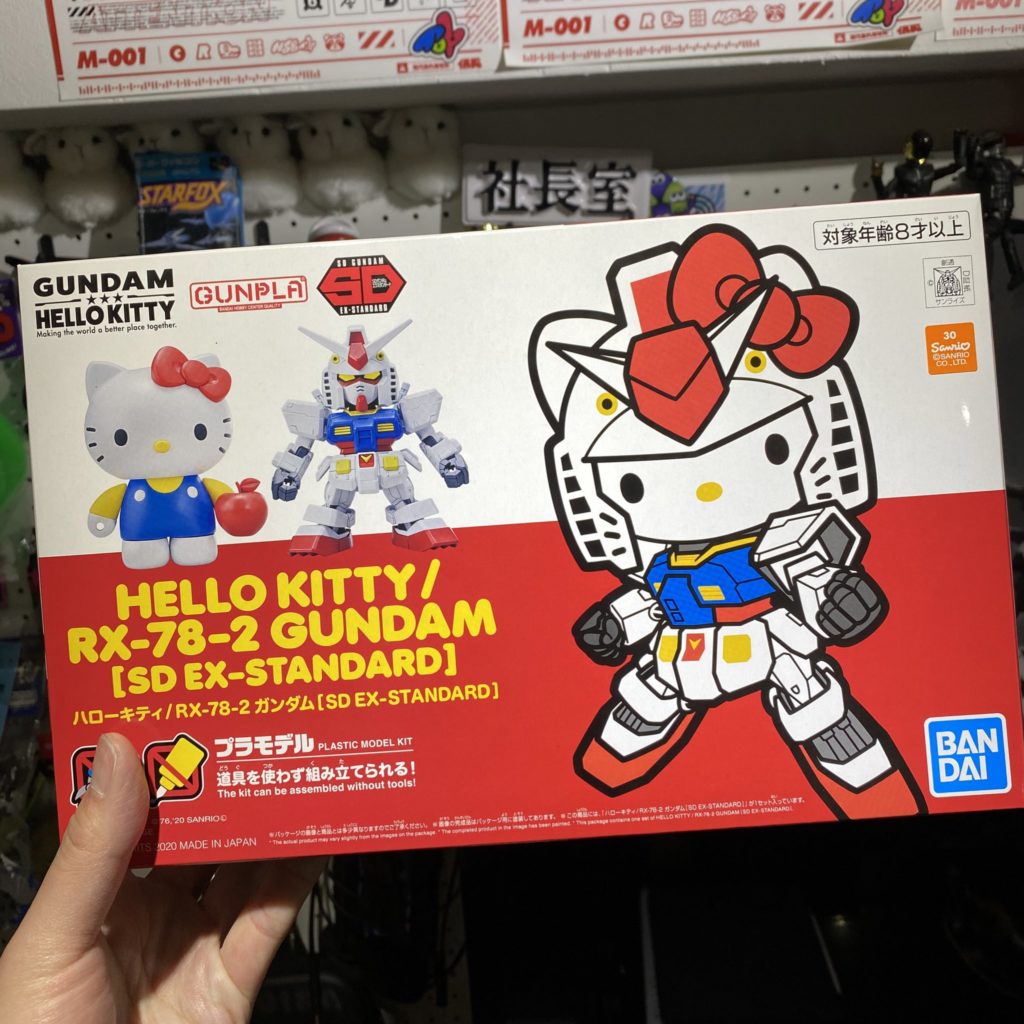 While on a trip to Toys’R’us in Tokyo recently, OTAQUEST’s designer Takurou Okuyama came across the GUNDAM x HELLO KITTY Gunpla and knew that there was only one thing to do. Well, actually, two things. Purchase it, and build it.

Upon opening the box of the GUNDAM x HELLO KITTY Gunpla, you are treated to the cutest mess of plastic that you could have ever seen. For those of you who are unfamiliar with the Gunpla series, it’s a model kit where you have to remove the pieces of the model from a plastic frame and snap them together to build the model. The special thing with this kit is that the frame of the plastic mold holding the pieces is shaped like Kitty’s head and bow. This is adorable. I want one. 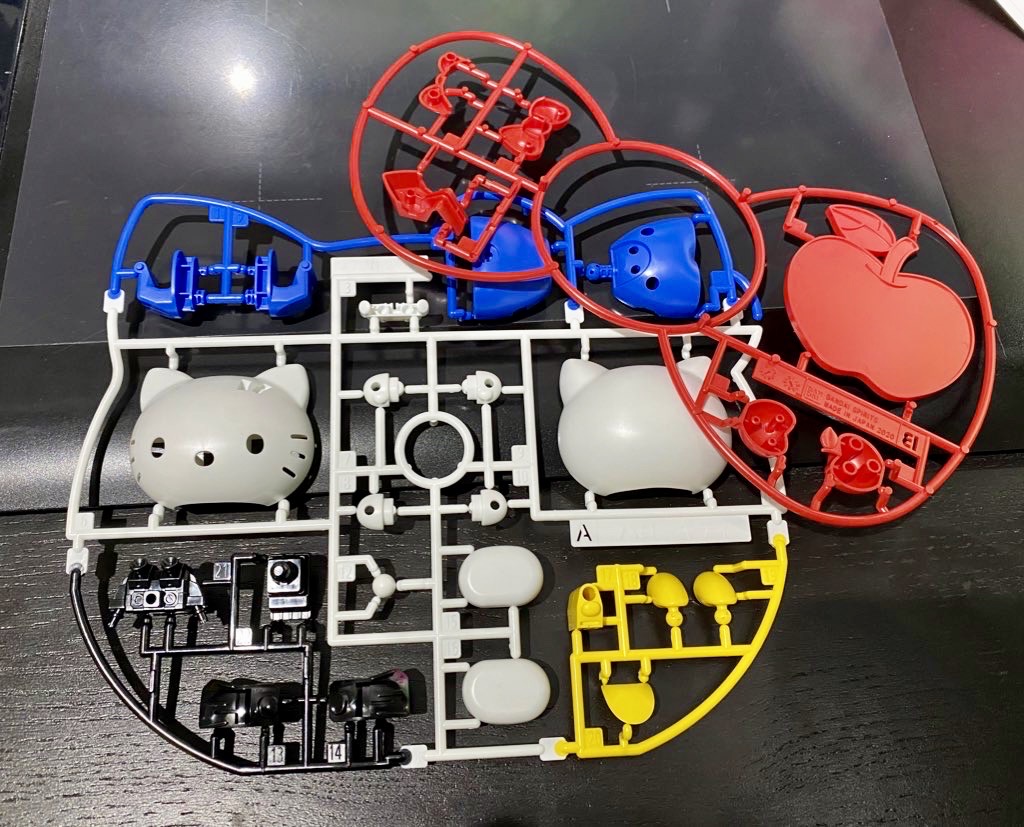 For starters, for those of you that are Hello Kitty purists, yes you can build a straight up Kitty figure from this and never have to touch the Gundam part if you don’t want to, but the more important question here is why wouldn’t you want to? It’s only a collaboration of quite possibly two of the most iconic series to come out of Japan in the history of their popular culture. 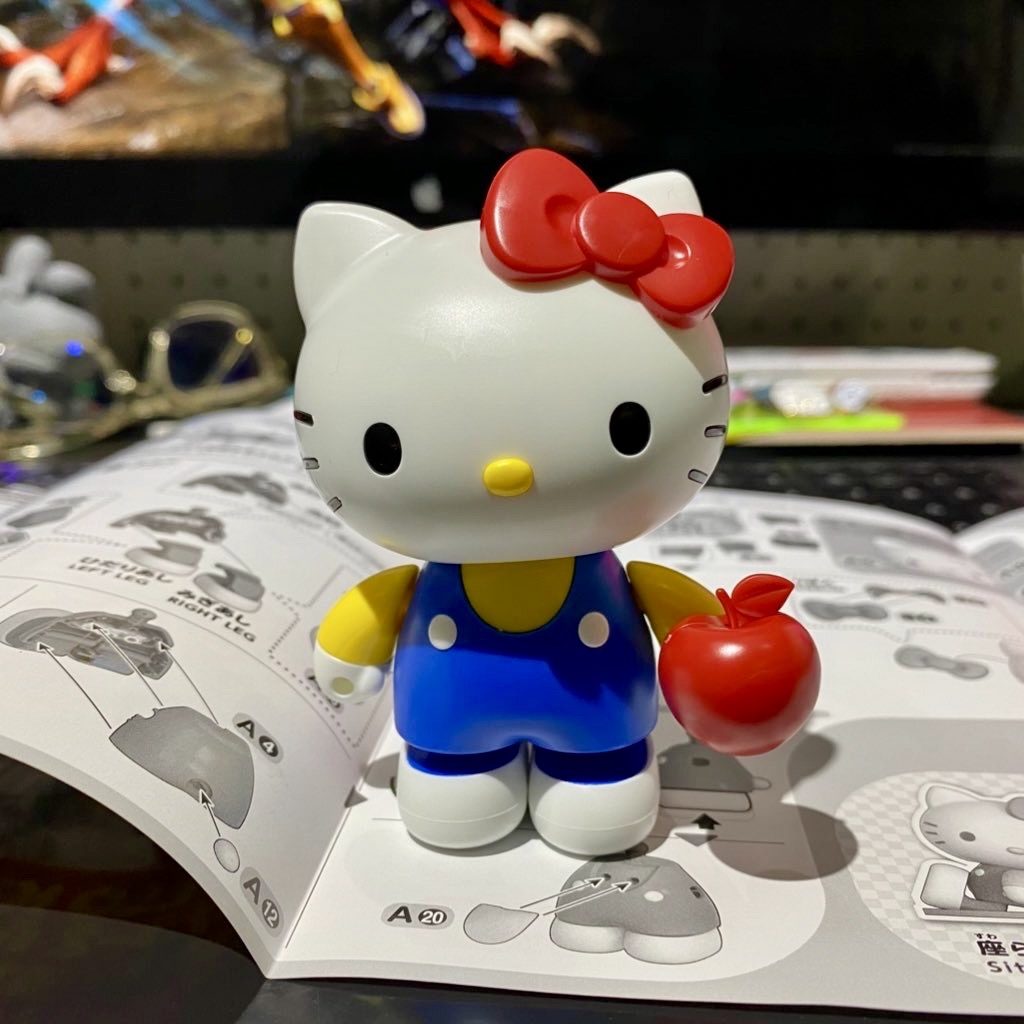 You can also have fun with things, such as giving the large kitty head a Gundam Body or even more hilarious, giving the smaller Gundam head Kitty’s body. 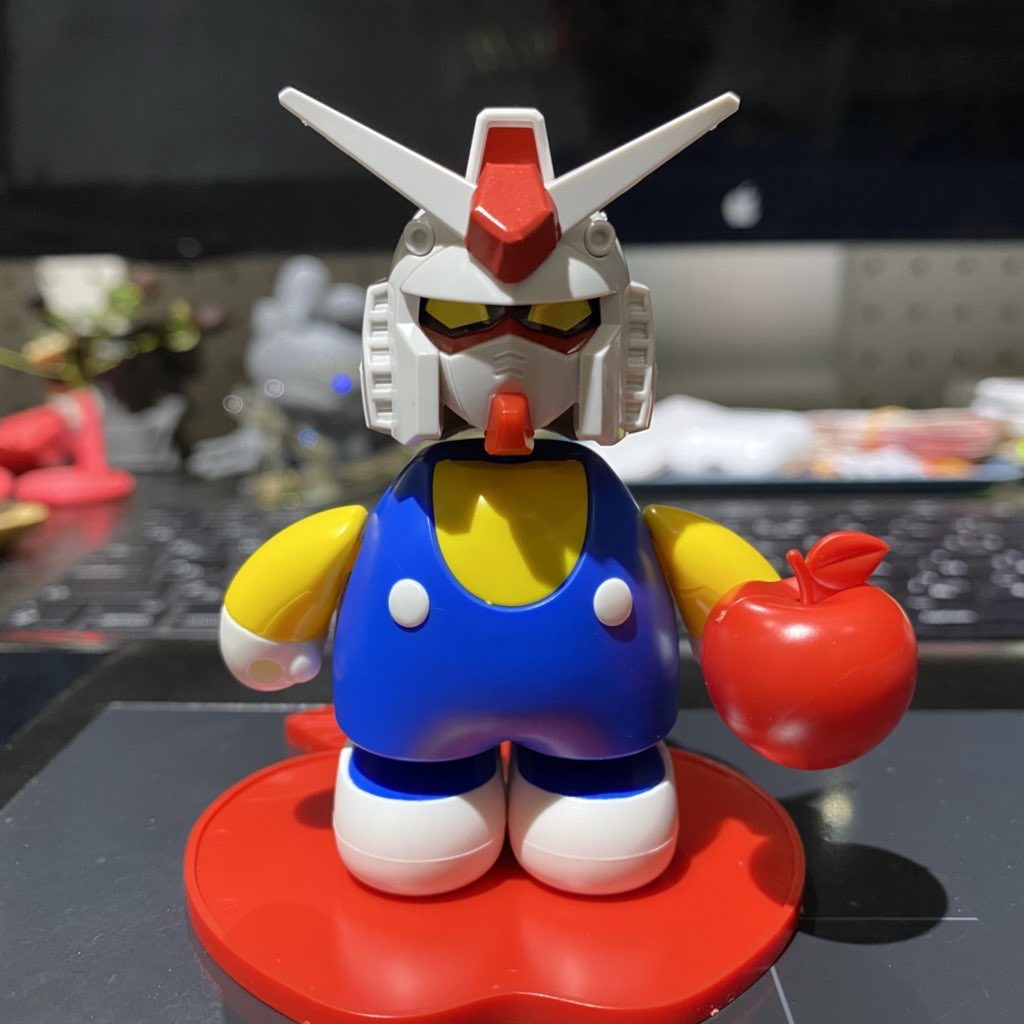 You can also just take it at face value and build each model as they’re intended to be built character-wise with no customization and put them next to each other. 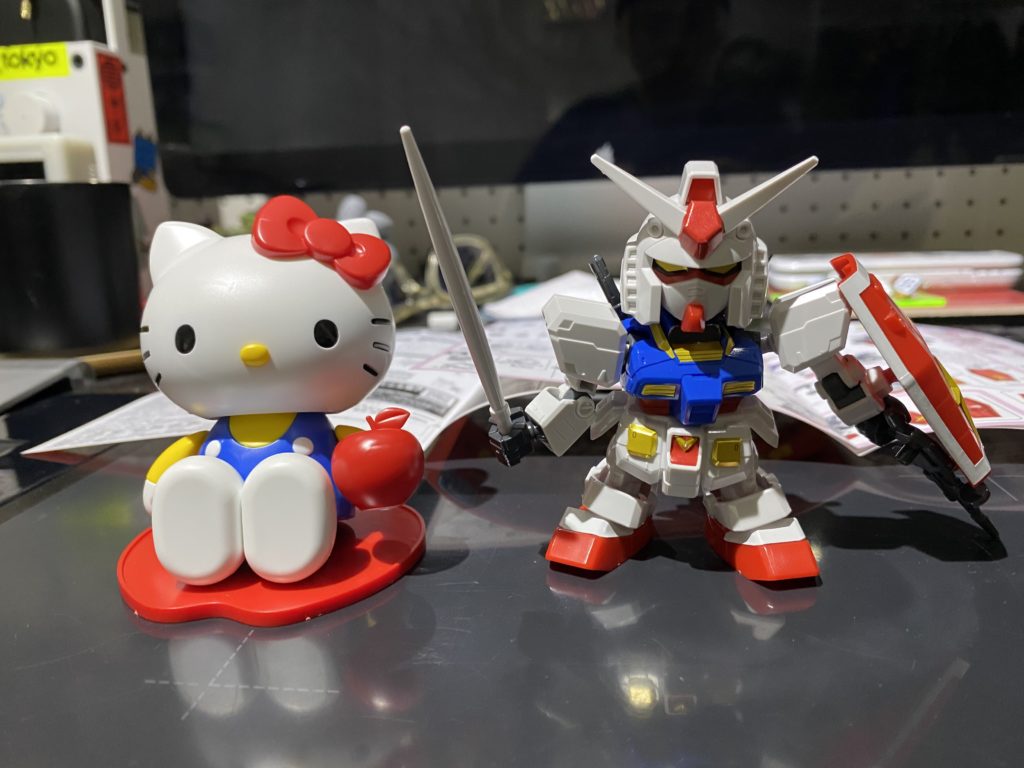 Look at those two friends. So wholesome.

Takurou shared with us that it took about 30 minutes total to put it all together and was extremely simple. It would be a great first choice for someone’s first Gunpla. Everything can be assembled without any tools, glue, or paint.

All-in-all, I feel that where this collaboration makes more sense than some of the other Hello Kitty x Gundam collaborations that have happened in the past, it’s without a shadow of a doubt cute. If you don’t agree I don’t think we can be friends, and my Gundam Kitty would like to have a word with you. 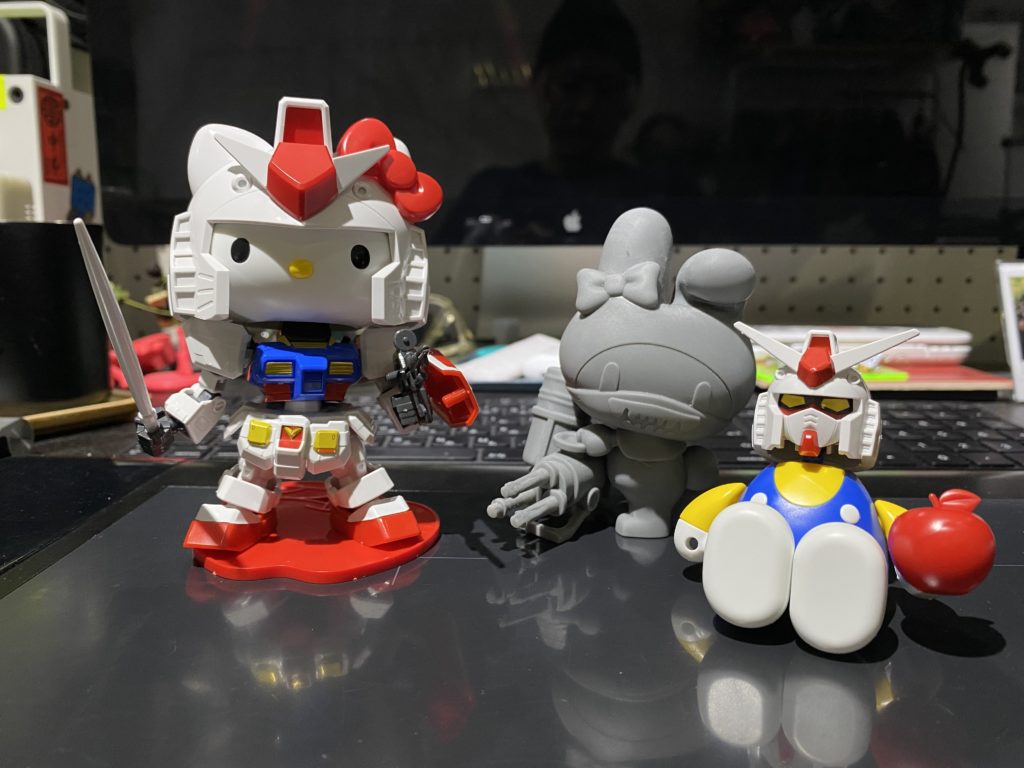