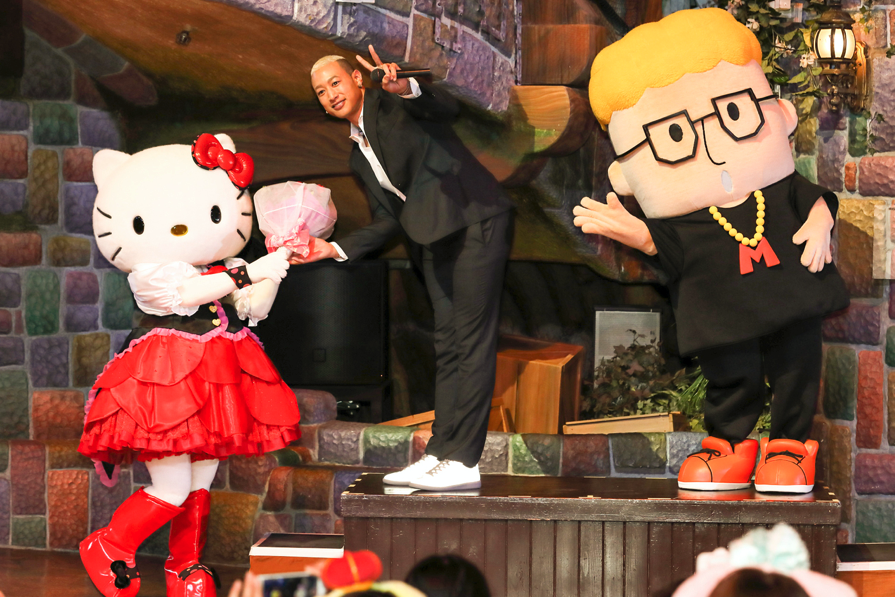 The yearly Sanrio Character Ranking election has concluded, and I don’t think you need too many guesses to work out that the winner of that election was, unsurprisingly, Hello Kitty. The thing is, that wasn’t the only election going on in regards to Sanrio. A special election was also underway in the collaboration category, a special category deciding the best character collaboration from Sanrio, and out of 28 different entries, the winner of this category was Hello Mandy, a special character created in collaboration with Mandy Sekiguchi, a member of EXILE/GENERATIONS from EXILE TRIBE.

Announced during a special ceremony at Sanrio Puroland on the outskirts of Tokyo on June 4, it was confirmed that the winner of the collaboration category of the Sanrio Character Election was Hello Mandy. Considering the fact that this character had not even debuted when the election last occurred in 2018, the sharp rise to being Sanrio’s most popular collaborative character in such a short amount of time is impressive to behold. Saying that, however, perhaps the success of the character shouldn’t come as a surprise considering the popularity of the EXILE TRIBE group Sekiguchi himself is a part of, but with the competition, he had to come up against it is still in a way impressive. During the press conference within which the decision was announced, Sekiguchi thanked fans for voting for his character, expressing gratitude that people had come to love his character as much as they did.