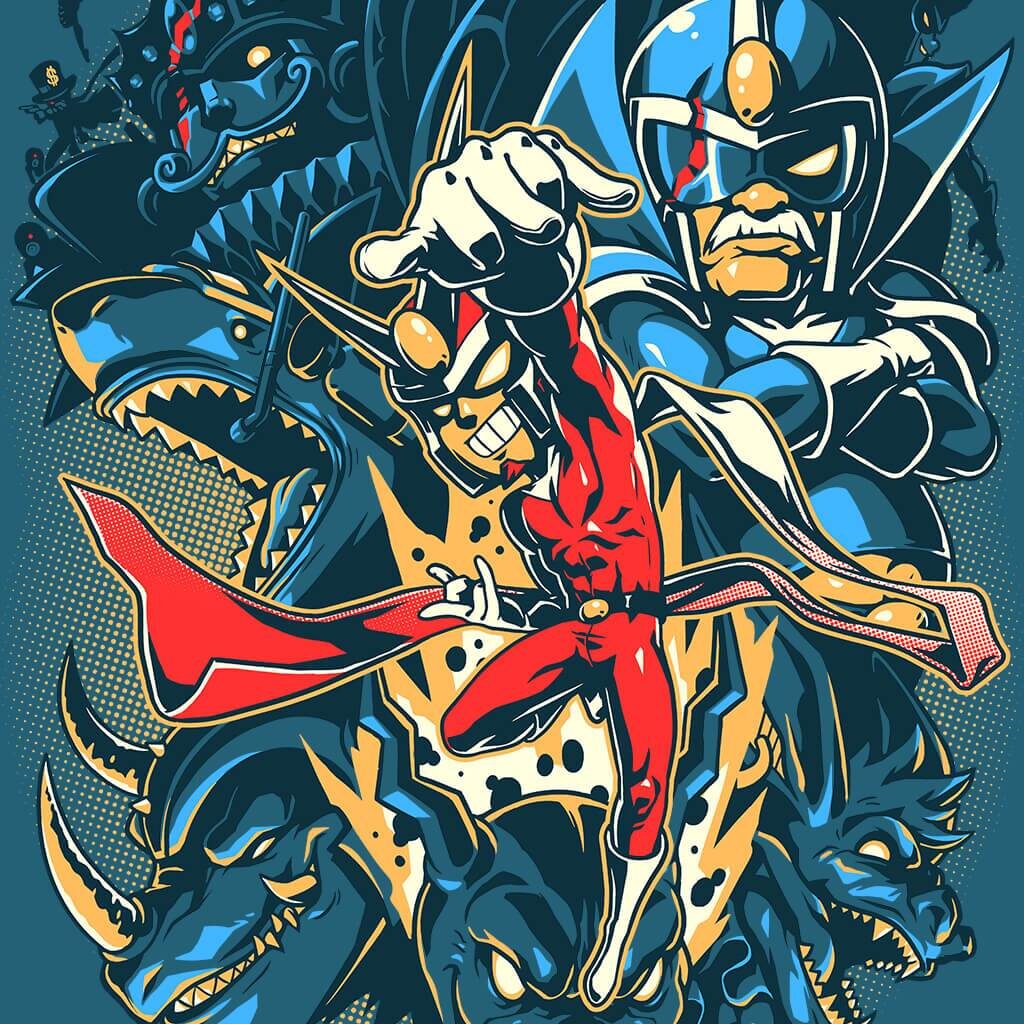 In the early 2000s, in an effort to boost the sales of Nintendo’s Gamecube console, Capcom released five games. Called ‘The Capcom Five’ these games were P.N.03, Dead Phoenix, Resident Evil 4, Killer7, and the tokusatsu themed, side-scrolling beat em’ up, Viewtiful Joe.

Viewtiful Joe had a style and sense of humor that perfectly encapsulates the mood of the early aughts. Yet even, after receiving positive reviews, a sequel (Viewtiful Joe 2), an anime and manga adaptation, there’s been little to no buzz on a Viewtiful Joe 3 or release on the Nintendo Switch.

Regardless, given the number of Viewtiful Joe fans out there, it’s worth taking a look. 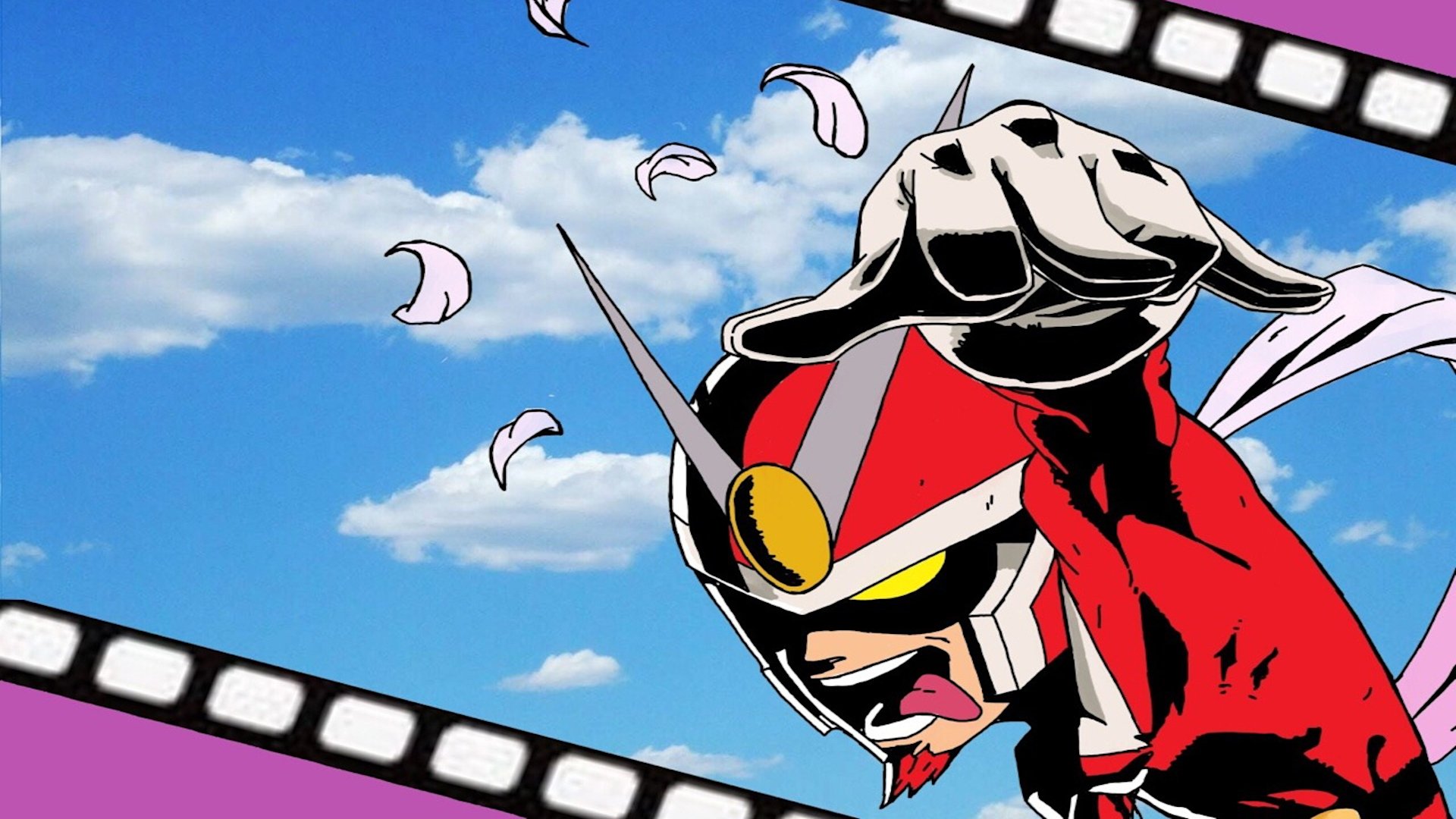 Origins of Viewtiful Joe 1 and 2

When Capcom agreed to make a series of games for the Gamecube, the man overlooking the whole project was the director of Resident Evil, Shinji Mikami. Each game had their own team under Mikami’s supervision. For Viewtiful Joe, that team was headed by director Hideki Kamiya.

Kamiya wanted to create a game that fused his personal interests in superheroes, American comic books, and the Japanese tokusatsu-genre. Together with producer Atsushi Inaba, ‘Team Viewtiful’ (as the game’s development team was called) created Viewtiful Joe over the course of 21 months.

The plot of the game centers around Joe, an average guy and superhero fan. When he and his girlfriend, Sylvia, go to see a movie starring his favorite superhero, Captain Blue, Sylvia ends up getting kidnapped and sucked into the movie.

Captain Blue, a pot-bellied middle-aged hero in the tokusatsu tradition, brings Joe into ‘Movieland’ as well. He gives Joe a special V-Watch that allows him to transform into a tokusatsu styled superhero as well by saying the word ‘Henshin’, the Japanese word for ‘transform’.

The gameplay utilizes a 2d side-scrolling format with the occasional 3d graphics. Bringing this sort of gameplay to the Nintendo Gamecube was a fresh choice at the time, considering 2d side-scrolling games had gone out of style by the early 2000s. With the game’s 2003 release, Viewtiful Joe was able to stand out from the crowd by updating an older game play style.

The first game runs through seven stages, called ‘episodes,’ with cut scenes throughout. Embracing the movie within a game model, Viewtiful Joe’s super powers while transformed were all movie related. Called VFX or ‘Viewtiful Effects Power’ (a nod to the film industries reference to Visual Effects as VFX) Joe can use these powers to ‘Zoom In,’ go into slo-mo, or ‘Mach Speed,’ and defeat his enemies.

By the end of the first game, it is revealed that the bad guy behind Sylvia’s abduction was Captain Blue all along. It turns out that Captain Blue is Sylvia’s father and was a director who was once considered a revolutionary movie maker. As time passed, critics saw his work as a fad only wanting to create heroes, Captain Blue ended up getting sucked into the movie he was making.

After Viewtiful Joe defeats Captain Blue, he comes to his senses and warns Joe that he’ll need to save the world two more times. As aliens arrive, Sylvia requests a V-Watch of her own so that she can fight alongside Joe. And that’s the end of the game.

The updates in the gameplay also allow the player to switch between Joe and Sylvia as they playthrough. If being played in two-player mode, Joe and Sylvia can perform a combo attack, utilizing Six Machine.

Plotwise, the second game focuses on Joe and Sylvia’s quest to save the world of movieland. This time, the threat comes from the alien forces that arrived at the end of the first game. Called the Gedow, their leader is the Black Emperor, who upon arriving turns Captain Blue into a statue called a ‘Rainbow Oscar.’

The Black Emperor needs to collect all seven of the Rainbow Oscars in order to take over Movieland. With the arrival of Joe’s father, Jet, at the movie theater back in the real world, the game becomes interestingly meta.

Sylvia convinces Jet to help the duo by keeping the movie reel running, putting on different movies as they continue to quest for the Rainbow Oscars. This forces Viewtiful Joe and Sexy Sylvia to fight their way across a variety of different movie genres.

From prehistoric dinosaur movies, adventure flicks in hidden temples, samurai movies, and sci-fi pics, players have to navigate their way through the different stages until the game’s conclusion, at which point it is revealed that Joe’s father, Jet, is actually the Black Emperor. After stealing all seven of the Rainbow Oscars Jet uses their power to turn into Jet Black, the Dark Hero.

As the Dark Hero, Jet crashes the Viewtiful Awards, where only after gaining a power up from the applause of the audience can Joe and Sylvia defeat him. When they do, they restore Captain Blue who reveals that Jet was his best friend and former cinematographer.

After his defeat, Jet admits that he only wanted to prove to his son that he is a hero. With the reconciliation of the father and son, a dark castle is revealed in the distance. It’s the last of the three dangers to Movieland that Captain Blue warned Viewtiful Joe about. The game ends with Viewtiful Joe and Sexy Sylvia striking a pose before heading off to the castle.

While the stage has been thoroughly set for a Viewtiful Joe 3, the game was never made. The following year two spin-off games, Viewtiful Joe: Red Hot Rumble and the NintendoDS game Viewtiful Joe: Double Trouble!, were released.

Although as recently as March of 2020 the creator, Hideki Kamiya, has expressed interest in both creating Viewtiful Joe 3 and releasing the game series for the Nintendo Switch, no official plans have been announced to do either. Kamiya states that the decision to proceed with either endeavor rests with Capcom. 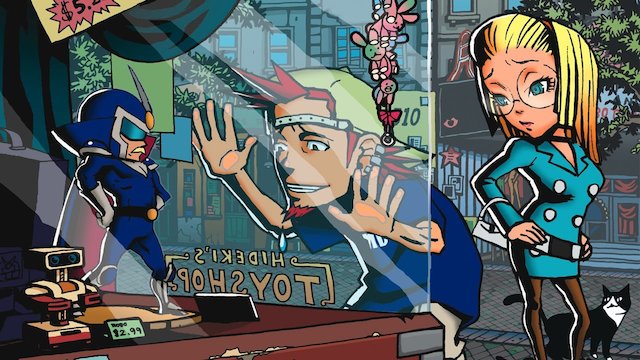 Viewtiful Joe the Anime and More

Running from October 2004 to September 2005, the anime adaptation of Viewtiful Joe told the story of the first two games. Further characters and plot elements were introduced to the series to flesh things out, but overall the anime is a faithful adaptation of the games, even if the American version did censor some elements.

The manga series consists of five film books which tell the stories of the games using screenshots instead of more traditional manga-illustrations. The screenshots are cut and cropped into manga-style panels, yet, the extent to which the books can be considered manga is debatable.

Other than that, a couple of CDs were also released containing the music from the anime, primarily. While they included the song “Viewtiful World” from the game, most of the tracks were music from the anime and the various theme songs from the show, performed by the bands SaGa and Amasia Landscape.

Ultimately, while little has been heard of regarding new developments for the Viewtiful Joe series, it’s not a stretch to say many fans would love for Viewtiful Joe 3 to hit the market. A potential release of the earlier games on the Nintendo Switch would be sure to create more fans and more demand for a new installment. Yet, whether that is to happen anytime soon is up to the good folks at Nintendo and Capcom.