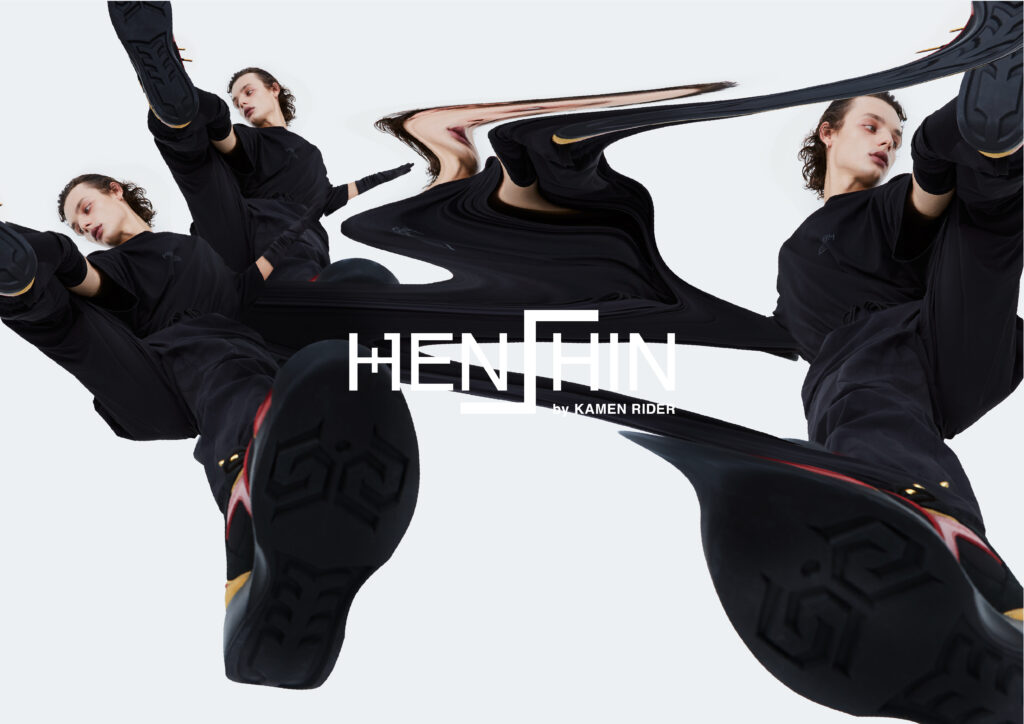 A stylish, fashionable line of clothing based on the Kamen Rider franchise under the banner ‘Henshin’ is coming to stores soon!

Kamen Rider remains one of the most popular tokusatsu franchises in Japan, with yearly reincarnations of the show that bring new characters and storylines into its action-packed world. By running for such a long time on Japanese TV, audiences that once woke up early to catch the latest episode of series like Kamen Rider Kuuga have grown up and are adults themselves, maybe even watching the show with their own children. It’s this audience that a brand new fashion collection, Henshin by Kamen Rider, is targeting.

Between the style of clothing and shoes, and the series it is taking inspiration from, this collection is trying to catch the nostalgia of 20-year-old young adults who grew up with the franchise. For example, three trainers can be found in this collection, each making use of bold angular designs and bright colors, and taking inspiration from a particular Kamen Rider series: Kuuga, Faiz, and W respectively.

When it comes to the clothing, the inspiration may seem more vague, but they are still designed to capture what these demographics used to love about the franchise. Between basic clothing that simply takes the new brand logo to photo tees and those that mix iconography from the franchise into their designs, the various clothing options being sold as part of Henshin by Kamen Rider’s first drop are all about finding a mature way to capture the icons of the franchise.

Beyond fashion, Henshin by Kamen Rider attempts to be an adult-focused side-brand of the wider franchise. They collaborated with FUMITO GANRYU and ANREALAGE for the graphic shirts, and their plans for the future include making clothing based on the entire Heisei-era Kamen Rider series, and having interviews on their website, the first with actor Yosuke Kubozuka. This is an intriguing new venture for the franchise.

You can check out the interview and more about the brand over on the Henshin by Kamen Rider official website. Pop-up shops for the brand will come in Isetan Shinjuku (10-16 February), Shinsaibashi PARCO (3-15 March), Shibuya PARCO (19 March-1 April) and Nagoya PARCO (16-29 April).