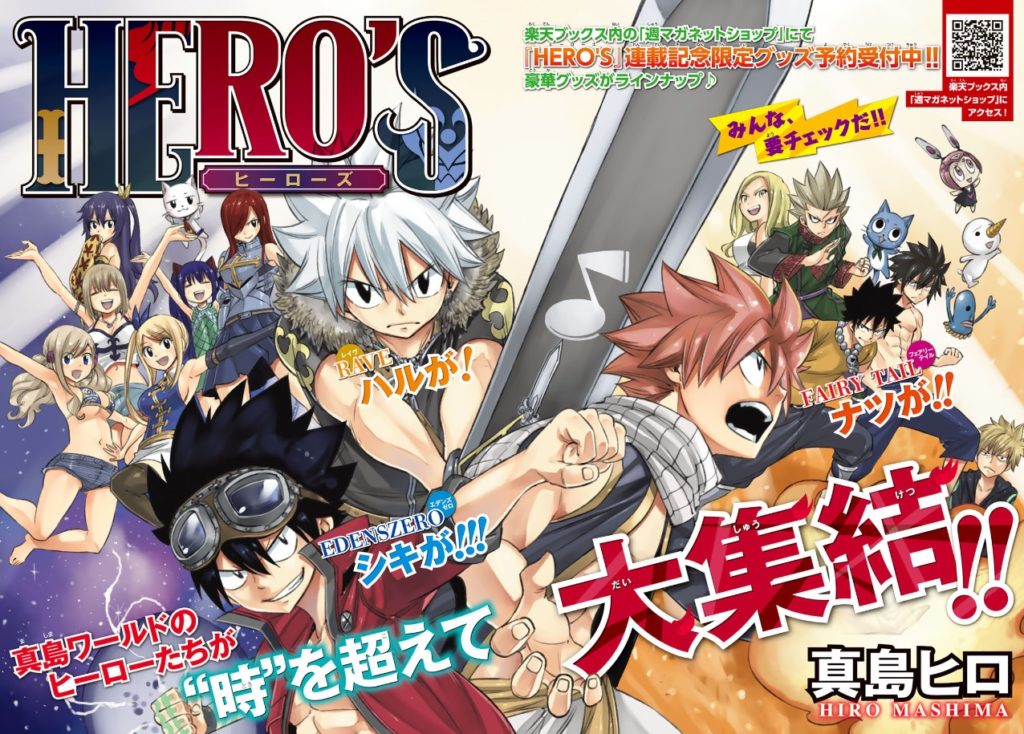 It must be said that I am not exactly a fan of Mashima Hiro. To be honest, I find that his works represent the lowest common denominator of shonen manga, utilizing all of the worst storytelling and character tropes imaginable with heaps of fanservice along the way. His new team-up manga, however, might just be one of the worst good ideas for a manga ever conceived. Let’s take a look at HERO’S chapter 1.

HERO’S started serialization in this week’s issue no. 46 of Kodansha’s Weekly Shonen Magazine, ostensibly for the publication’s 60th anniversary.

I can’t exactly blame the editorial department for giving someone like Mashima Hiro this honor. The author has, like it or not, been a hit-generating machine for the magazine over the years, launching not one, not two, but three successful series for the magazine. He truly has no equal in the magazine, nor in the industry itself.

That being said, the idea of a tag-team manga featuring various shonen characters is, in itself, a brilliant one. It speaks to the cultural consciousness of our current media landscape, rife with shared universes and event stories. It speaks to the part of every fan’s brain that just wants to see their favorite characters inhabit the same space, à la Super Smash Bros.

Still, giving this idea first to Mashima Hiro to try out with his characters perhaps wasn’t the best idea. Mashima’s characters are easily the worst part of his various manga, as they’re basically all the same – shouty, courageous, and protective of their friends. They’re also hopelessly overpowered and thus utterly void of any shred of narrative suspense.

Because of this, HERO’S chapter 1 feels almost like a strange fever dream. The story begins with Natsu and the Fairy Tail guild relaxing in some sort of seaside resort before Natsu smells something good and runs off into the forest to find the source. There, he meets Shiki Granbell, the protagonist of Edens Zero. 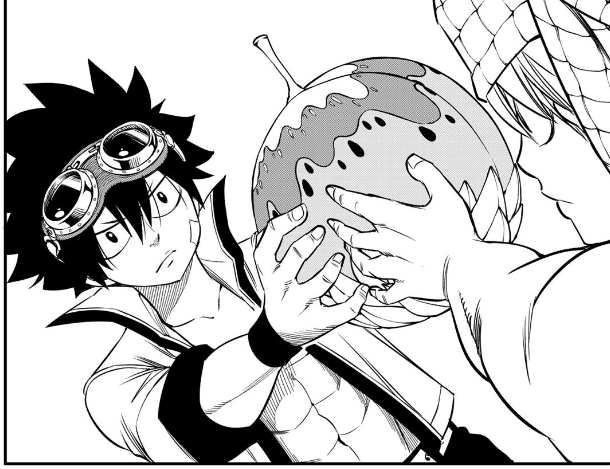 After a brief fight over who gets to eat the delicious-smelling fruit, Natsu and Shiki then decide to become friends. Oh, and Shiki’s sidekick Rebecca is also there – in more ways than one.

HERO’S chapter 1 then closes off with a brief appearance from Rave’s protagonist Haru, who is seemingly on the path to finding out how Natsu, Shiki and himself ended up in the same universe in the first place by confronting a priest with magical powers. Going by the text displayed on the color page, there are some time shenanigans involved. 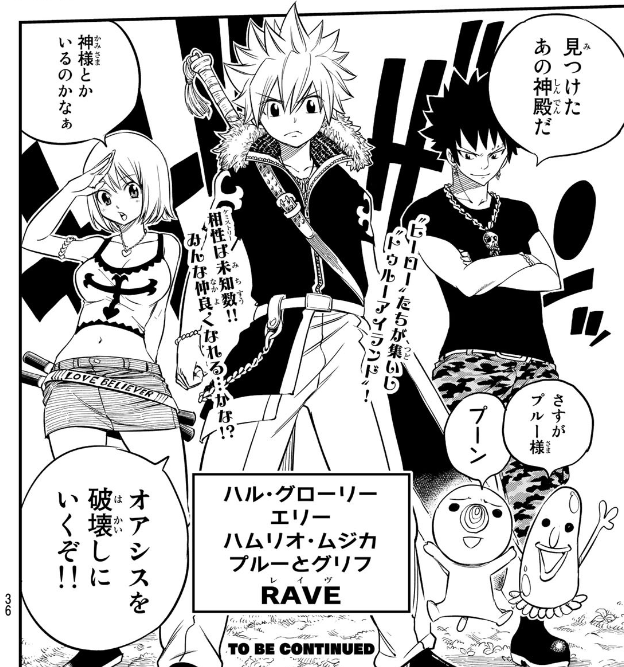 Big fans of Mashima Hiro’s work will no doubt get a massive kick out of HERO’S. It’ll be serialized in Weekly Shonen Magazine alongside Edens Zero for the foreseeable future, so go crazy. If you’re that kind of person, you’re totally valid, by the way.

Imagine what a Weekly Shonen Jump crossover manga could be – Goku duking it out against Naruto, Light Yagami trying to outsmart Senku. A bit like Jump Force, then, but I’d hope that it’d be a little better.

The problem is, however, that there is no-one quite like Mashima Hiro right now in the manga industry. Most of the most successful names in the industry tend to stick with individual series for as long as they can once they find success, which doesn’t exactly give much room for a ‘team-up’ manga like HERO’S. It’d just be something like Dragon Ball FighterZ.

The only creators I can think of like Mashima in this sense are Osamu Tezuka, who is probably too lauded for anything like a team-up battle manga, and Nobuyuki Fukumoto, who has many series under his belt mainly centered around the same theme of gambling.

To that end, it is worth pointing out that Fukumoto’s characters did actually feature in a team-up manga in the form of Fukumoto All Stars, but this wasn’t created by Fukumoto himself and, crucially, also wasn’t very good. 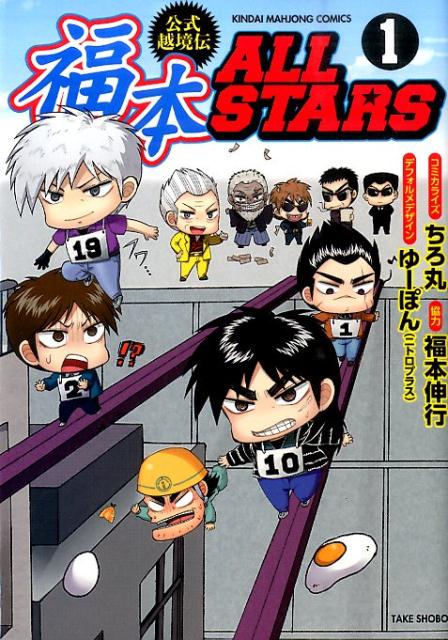 In conclusion, perhaps it’s inevitable that such an awesome idea as having loads of shonen series colliding in a big crossover would be ruined by Mashima Hiro – there simply is no-one else suitable to do the idea justice.

Again, I’m sure that the series will appeal to some people and will no doubt be a pretty big success. There’s also probably no better way to celebrate Weekly Shonen Magazine’s 60th anniversary – aside from picking up a t-shirt. Indeed, the series’ debut was so important that this week’s cover of Weekly Shonen Magazine was not adorned with a scantily clad lady, but instead some manga, for once. 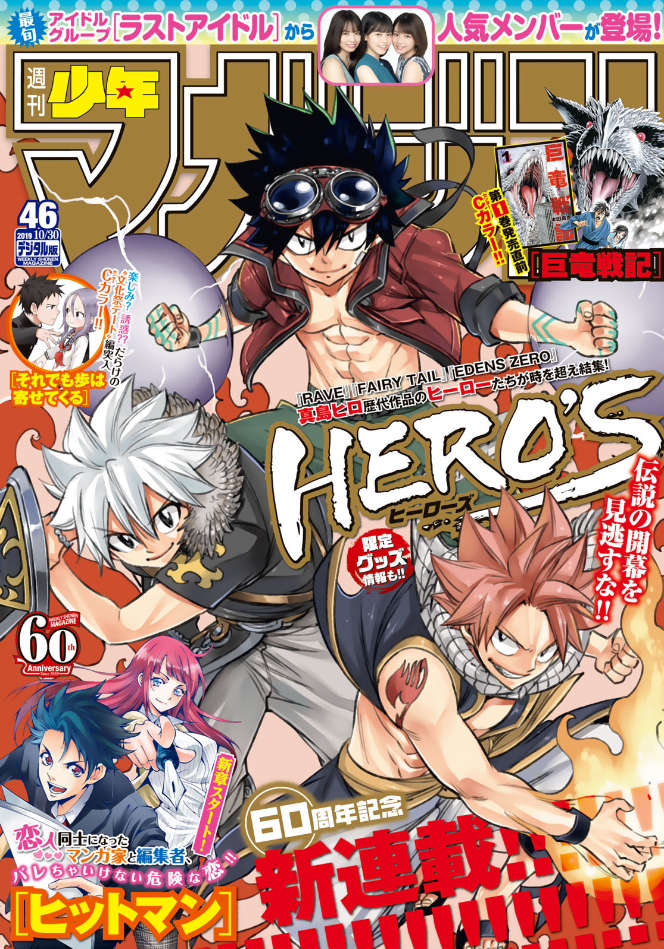