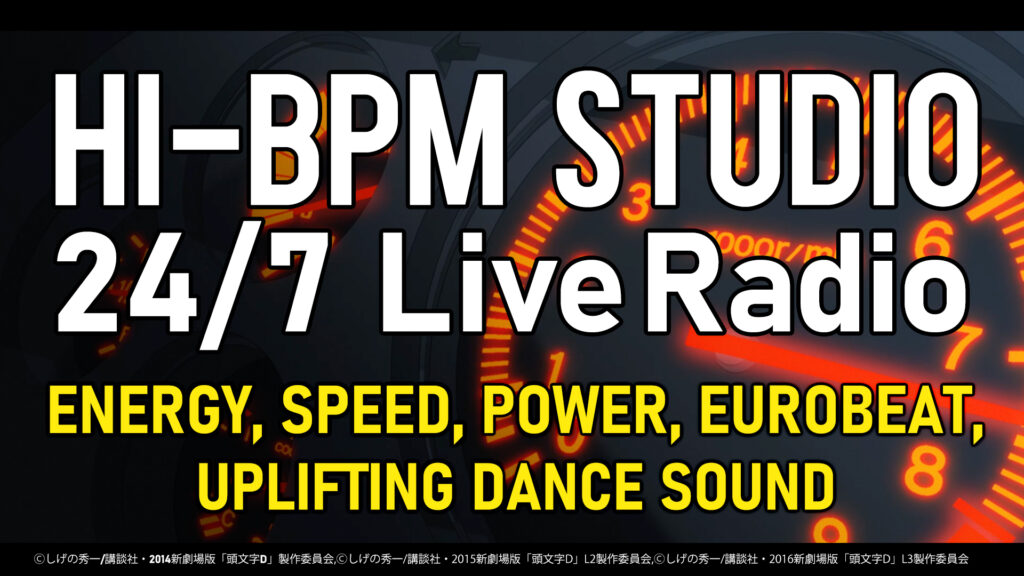 I love Eurobeat. It’s cheesy lyrics, pumping rhythm, and screaming melody lines. There is just something about it that really gets my blood pumping. Until recently, it was pretty difficult to find places to legally listen to Eurobeat, but within the last year, AVEX has been making more and more of the Super Eurobeat series available on streaming services such as Spotify and Apple Music. Today, HI-BPM STUDIO made the announcement that they will be making Eurobeat available to everybody whenever they want via a 24/7 Eurobeat Radio Station on YouTube. Complete with AVEX’s approval.

Eurobeat has been around for quite some time, dating back to its rise to prominence in the early 90s. Then Initial D came along and flipped the entire genre on its head; it became the premier type of music for Japanese drift and mountain racing, both in the anime world and in real life. Artists such as Dave Rodgers, NIKO, Domino, Ken Blast, and the recent masters of the genre, Eurobeat Union, all of them will be available to listen to on the new YouTube Radio Channel. Waking up to this in my inbox really set the tone for the end of the week.

In a perfect world, everyone would listen to this HI-BPM STUDIO’s channel and really learn to love the charms of Eurobeat. As much as it pains me to say this, it isn’t for everyone. But I really implore everyone to give it a chance. I don’t think you’ll be too disappointed and actually might find a handful of tracks that you find really help lift up your day. The song ‘Remember Me’ always helps me out when I’m just not feeling the day or if something happened to get me down. You can check out the channel at this link.