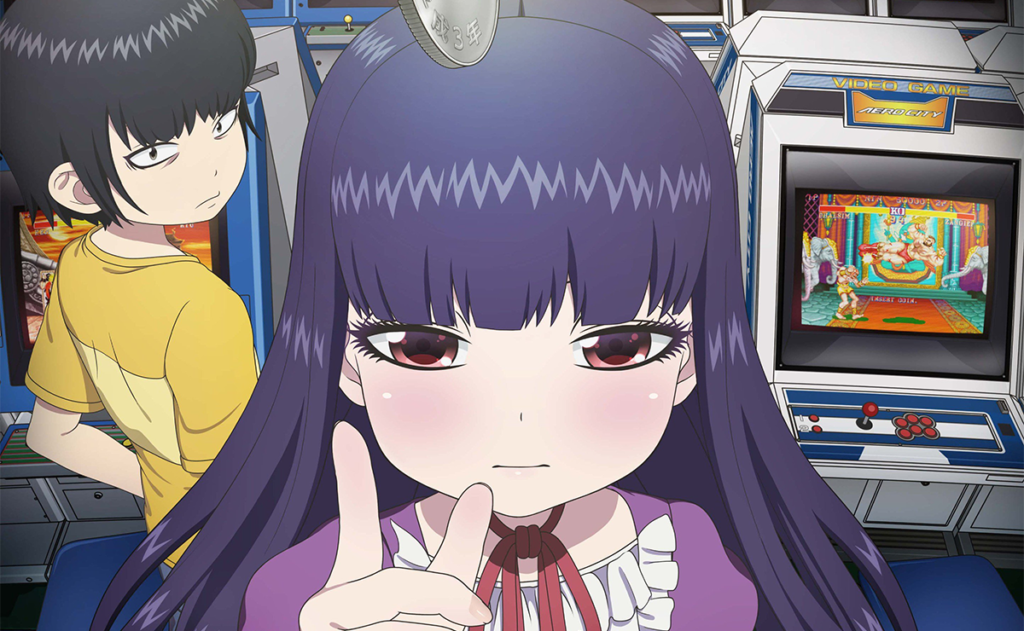 If there was ever to be a contender for the must-watch anime series of this past year, J.C.STAFF’s incredible “Hi Score Girl” would definitely be on the podium. It’s a hilariously-witty throwback to days gone by, as well as a perfect example of the anime medium’s staple ‘rom-com’ genre done justice. Though it was originally announced at Otakon earlier this year, Hi Score Girl has finally landed on Netflix in full as of today, kicking off the holidays in the perfect manner.

Adapted from Rensuke Oshikiri’s original manga series of the same name, the Square Enix-owned property finds the perfect balance between all the mediums it encompasses. Heavily suggested by the name, Hi Score Girl follows the life of a natural-born arcade champion, Akira Oono, and our main protagonist, Haruo Yaguchi. Beneath the raw potential both hold when it comes to total arcade domination, they’re little more than sixth-graders blowing away their quarters. It’s when Akira starts to destroy Haruo in the arcade, however, that our story really kicks off. It’s this desire to win that drives these two to new heights of competition, while also sparking a little bit of romantic interest.

A chronic gamer abysmally inept in academics and sports finally meets his match at his usual shady arcade — and it’s his rich classmate, Akira.

Available now on Netflix, Hi Score Girl is definitely not a series you’ll want to ignore. Filled to the brim with references to arcade classics such as Street Fighter, Darius Gaiden, 1942, and more, it’s not hard to see why we’re totally hooked. Coming in at just over 12 episodes, the full series is available for streaming on Netflix, here.