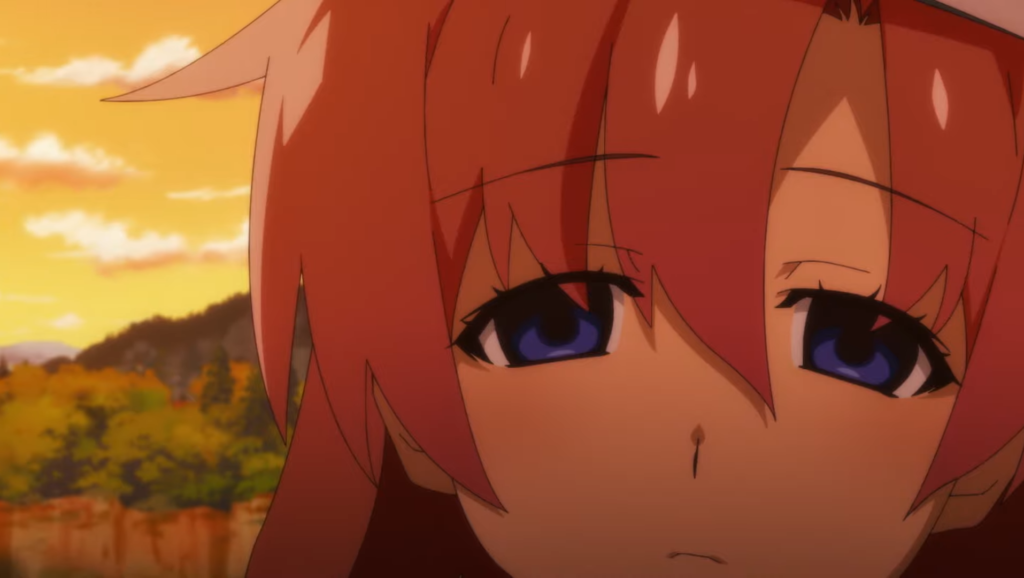 This second Higurashi anime remake trailer focuses a lot more on story and atmosphere than the previous, first PV did. It opens with Ooishi grilling Keiichi about Oyashiro-sama’s curse, before delving into some narration delivered by Mion about the series of mysterious deaths that occur every year around the time of the Watanagashi festival. It also gives us a couple of glimpses of some iconic scenes: Keiichi confronting Rena about the mysterious deaths, as well as Rena’s house visit to Keiichi at the very end.

The main repeating motif throughout this trailer, however, is Rika’s performance for the Watanagashi festival. Accompanied by a thumping soundtrack from Kenji Kawai, the recurrence of these images – along with the dramatic lighting and quality animation – was what really sold me on this trailer, really capturing the eerie atmosphere of the countryside setting.

As if that wasn’t enough, this new Higurashi trailer also introduces us to some characters that have yet to be properly highlighted, such as Oishii and Takano. While it’s a very minor point, I must say that Akio Watanabe’s character designs are looking very good – certainly more so than Kyuuta Sakai’s for the original 2006 anime or even Ryukishi07’s original VN sprites, none of which have aged very well at all.

What’s more, the description for the latest Higurashi anime trailer confirms that the remake will be running for at least two cours, with the first set of 13 episodes set to start airing October 1 and episode 14 onwards from January 7. What the exact episode count will end up being remains to be seen, but it is comforting to see that the remake isn’t skimping on length – a slow-burning mystery such as Higurashi desperately needs time, especially if it is going to fix the errors of past adaptations.

Kenji Kawai: The Icon Behind the Music of Asian Cinema